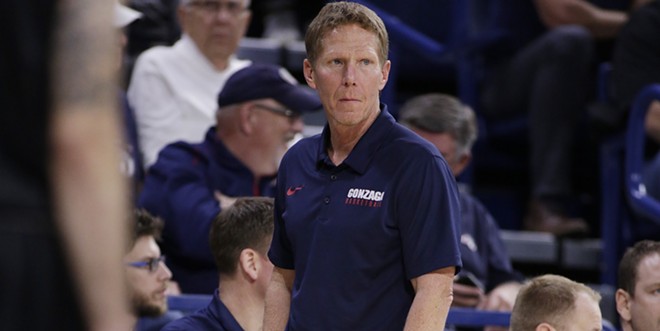 Tuesday was the 100th all-time meeting between the Zags and the Gaels, a lopsided rivalry dominated by Gonzaga, and it showed that they can’t always end in the same way.


Saint Mary’s was facing an unpleasant situation. The Gaels had to play their archrival, a team that had defeated them by an average of 31 points in the two previous meetings this season, in the championship game of the West Coast Conference Tournament. That’s a game Gonzaga had won in each of the past six seasons. With a loss, the Gaels likely miss the NCAA Tournament for the second straight season.

What they did instead was put on a master class in thriving under pressure.


Gonzaga entered the game ranked No. 1 in the country and playing better offensive basketball than any other team in college basketball this season. Saint Mary’s, over the course of the season, wasn’t a particularly strong team on the defensive end but to take down the Zags, they’d have to be. And they were.


The Zags rarely managed to get clean looks at the basket. When they did, those shots would often clang off the rim and into the hands of a Gael. Gonzaga shot 37.5 percent from the field and 11.8 percent from three-point range, both of which are season lows.


On the other end, Saint Mary’s played an incredibly extreme version of its hallmark slow-as-can-be offense. The Gaels took, on average, 25 seconds off the shot clock each possession. Every time it seemed the Zags played a solid defensive possession, Saint Mary’s would get a shot to fall at the buzzer.


Gonzaga kept it close, but never appeared threatening. Those lightning-quick runs the team has put together in every game this season never appeared in this one. Defensive pressure — Gonzaga often used a 1-2-2 press to speed up WCC foes who tried to slow the game down — was nowhere to be found.


It was an absolutely deflating game for the Zags, who lost 60-47. But, unlike Saint Mary’s, a loss doesn’t keep the Zags out of the NCAA Tournament.


Gonzaga will be a 30 win, three loss team on Selection Sunday. The Zags are still deserving of a No. 1 seed and ESPN bracketologist Joe Lunardi, who updated his bracket after the game, has them as the in the West Region.


Tuesday’s game was brutal. It ended a 21 game winning streak. It ended a run of six consecutive conference tournament championships. And it did so in about as unexpectedly ugly of a way as possible. But it’s not all bad.


Two seasons ago Gonzaga was ranked No. 1 in the country and owned a 29 game winning streak. One bad game, at home against BYU, put an end to that. Gonzaga responded motivated and ran to the National Championship game. Let’s hope Tuesday proves to be a similar catalyst.