L.A. glam-metal pioneers Mötley Crüe are calling it quits, and that's not necessarily a good thing. 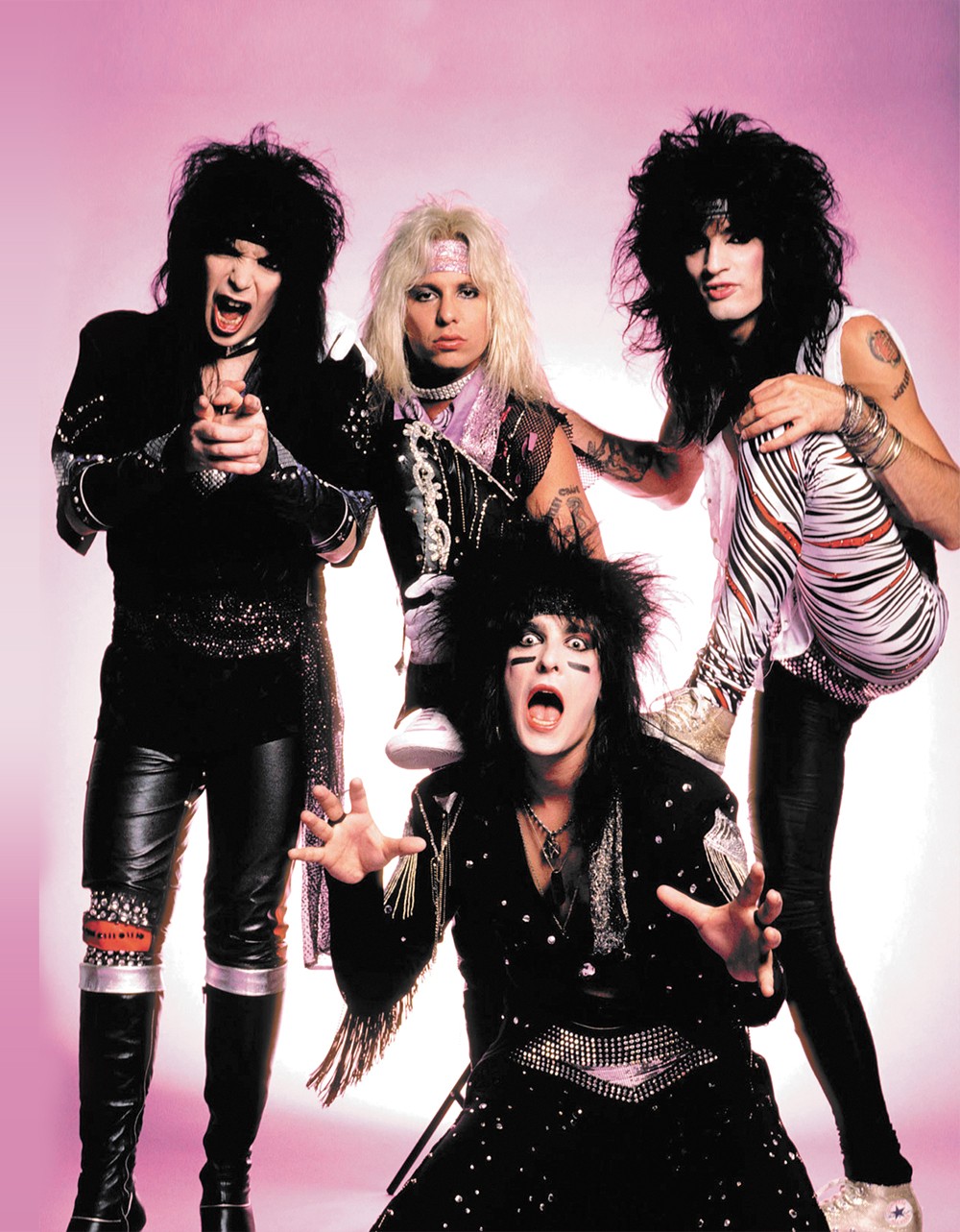 Mötley Crüe just might be the last of the dying breed of over-the-top hedonistic rock bands.

There's no reason Mötley Crüe should still be around,

in original form no less, for what the L.A. glam-rock pioneers are calling their "final tour."

Pop culture wasn't necessarily wrong in that assessment, but it's all too easy to dismiss Mötley Crüe as simply another dinosaur-rock relic just because the band's commercial glory ended with 1989's Dr. Feelgood, the culmination of a five-album run that made them arguably the biggest band on the planet for a decade. They sold about 100 million albums in the '80s, and headlined the biggest, loudest, most theatrical and ridiculous tours.

In the years since, fans have been asked to weather multiple breakups and reunions, buy new music that's a pale imitation of "classics" like "Shout at the Devil" or "Girls, Girls, Girls," and attend concerts where the set lists remained essentially unchanged from the glory days. And many did so willingly, because Mötley Crüe just might be the last of the dying breed of over-the-top, hedonistic rock bands.

Look at the top of the pop charts from any point the past few years. It's pretty hard to find any rock 'n' roll. That's where the Crüe lived in their heyday, planting albums and singles alongside the likes of Whitney Houston, Prince, Bruce Springsteen and Michael Jackson while leading a crew of less-worthy cheese-metal clones to the top of the charts with them. Remember FireHouse? Danger Danger? Britny Fox? Probably not, but they all had their 15 minutes on the radio and MTV in the late '80s and early '90s, thanks to the trail blazed by the Crüe's Nikki Sixx, Vince Neil, Tommy Lee and Mick Mars.

Mötley Crüe claims the tour stopping in Spokane Nov. 22 is their last — they signed a "contract" at a press conference/publicity stunt stating the band would never play again after 2015. But we've heard that before from all manner of retro acts trying to juice ticket sales. So if this is the end, let's give the band their due and acknowledge some of the groundbreaking aspects of their career, for good or otherwise:

They were trailblazers in stylistic shape-shifting:

Madonna gets a lot of credit for changing her look and her sound with every album during her '80s heyday. That generally doesn't fly in the hard rock/metal world. People want AC/DC or Judas Priest to look and sound the same on every song and every tour. The Crüe mixed it up constantly and just kept getting more popular, whether toying with Satanic imagery on '83's Shout at the Devil, glamming it up in pink and pastels on '85's Theatre of Pain or sporting jeans and black leather for '87's Girls, Girls, Girls.

The Crüe made having a terrible ballad a must:

Considering the male-dominated fanbase, the key for most '80s-era hard-rock bands to reaching female fans and getting a video played on MTV was the power ballad, a dastardly form of songwriting that reached its apex/nadir with the Crüe's "Home Sweet Home" in 1985. The clip topped the fan-voted daily MTV video countdown for months, until MTV invented the "Crüe Rule" that declared videos would be "retired" after 30 days. Soon, every band in tights with hair sprayed to the heavens was dropping love songs alongside their generally ham-fisted lyrics full of sexual innuendos and promises to "rock."

They made offstage action as important as the music:

The Crüe are pros at getting attention, and the lore around the band's antics is more memorable than the tunes. Neil's 1984 drunk-driving wreck that killed Hanoi Rocks drummer Razzle nearly derailed the band; they later called a box set Music to Crash Your Car To. Tommy Lee's marriage to Pamela Anderson made him a tabloid fixture, and their 1997 sex tape — reportedly stolen from someone working at their house — basically spawned the "leaked" celebrity sex-tape trend that Kim Kardashian can thank for her "career." Sixx's heroin overdose inspired "Kickstart My Heart" and was just one debauched remembrance that made the Crüe's episode of VH1's Behind the Music one of the most replayed on the channel; the band's jointly penned autobiography, The Dirt, was filled with the same stories — and landed them on the New York Times bestseller list.

As scuffling nobodies playing the Sunset Strip and living in squalor, the band formed their own Leathür Records to release their 1981 debut, Too Fast For Love. It promptly sold 20,000 copies and landed them a major-label deal with Elektra.