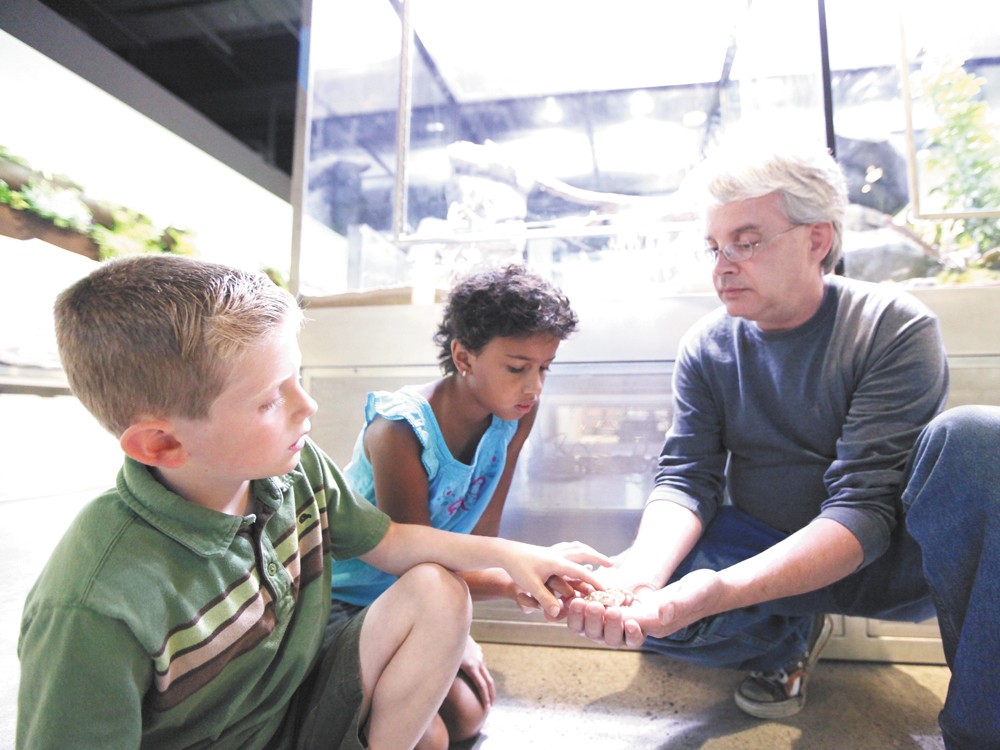 In 2005, the non-profit Mobius Spokane fused the Inland Northwest Science and Technology Center with the Children’s Museum of Spokane. Since then, the vision to create a hands-on, imaginative and enthusiastic place to experience science is now real. First came the Mobius Children’s Museum, a center for kids to “play to learn.” Now the Mobius Science Center (MSC) brings that excitement of hands-on learning for people of all ages across the street from River Park Square.

“Kids learn by doing,” says Mobius co-founder and CEO Chris Majer. “When they get inspired, then their emotions get hooked.”

He sees Mobius bringing the same excitement for adults.

“Playing and learning don’t need to be two separate things. The hands-on opportunity this presents is so much more effective than, say, a concept from a book,” says Wiltison.

Individuals, businesses, corporate sponsorships and grants have heavily funded MSC’s $12 million construction project. MSC is not just a 28,000-square-foot museum, says Majer, with its 65 hands-on stations, including a digital autopsy table and other interactive exhibits. As MSC leads as a community and business-supported effort, the better chance for science to become ingrained in our culture, perhaps accelerating the country’s competitive edge in global technology.

“As a nation, we are getting our butts kicked when it comes to preparing our kids for the economy of the future,” says Majer.