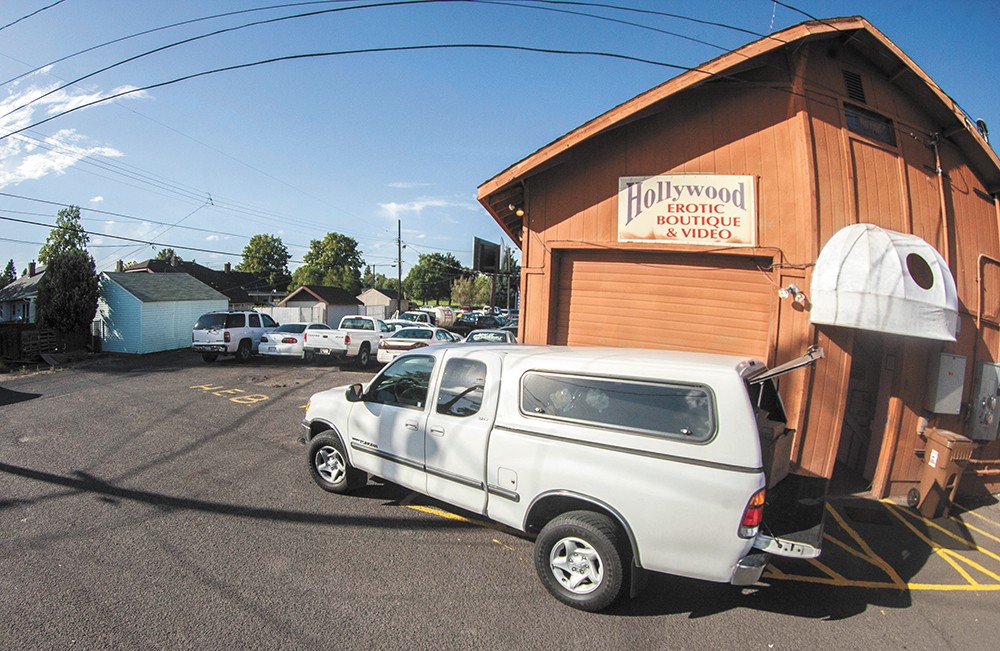 It all started in 2001, when the city passed a law preventing adult businesses from operating within 750 feet of residential areas and other locations, like parks and schools. The company that owned multiple stores, then called World Wide Video, sued the city for what they argued was a violation of their First Amendment rights. In a series of courtroom back-and-forths over the past decade, the city has repeatedly won its argument that it had the right to zone such businesses.

A 2006 court order mandated they change their businesses. They didn't, but a court refused to forcibly shut them down because the terms of the order had been too vague, so they remained open. Last year, with no end in sight, the city council changed its adult businesses law with hopes of mounting an even stronger case.

Yet in response to nearly every decision, the company has filed some sort of appeal, dragging the case out and bleeding the city with every billable hour. Rowland first worked on the case as an assistant city attorney, where it was part of his salaried work. He estimates the city spent about $300,000 on outside counsel before he took over the case and another $100,000 since he left the city and began contracting the work as a private attorney in 2007.

So this year, when the store owner's lawyer finally agreed to stop his First Amendment arguments as part of a settlement, Rowland says it was a compromise that is "a significant savings to the taxpayers." The city council amended city code last week to give the stores the three-year extension to close. Rowland says both sides have agreed to the settlement, but it has yet to be signed.

Spokane isn't the only city to take on porn with zoning. New York City and Los Angeles spent the '90s cracking down on similar stores, but Spokane and some other cities have been reluctant to take code enforcement action to physically shut the stores down — despite their continual refusal to follow city law. That's because city leaders here have feared that if they closed a store and then a later court decision found the law banning these businesses did, in fact, violate the store owner's rights, the city could be on the hook for any lost profits during the time the business was shut down.

The city's fight against the business has been driven largely by vocal residents from nearby neighborhoods, who say the activity at the stores and the pornographic litter that comes with them are eroding their quality of life. In testimony to the city council last year, one neighbor called it a "festering scab" that's "changed the way we live." To some in City Hall, relief for them is worth the cost.

"Yes, as a taxpayer it really makes me angry that we had to extend it out as long as it has," says Councilman Mike Fagan, who represents Northeast Spokane. "But if I put myself in the shoes of those folks who've had to suffer that long, I could definitely reconcile the money and reconcile the time it has taken to get here." ♦