From experimental droning to sexy R&B, here are the 2012 albums that we couldn’t get enough of 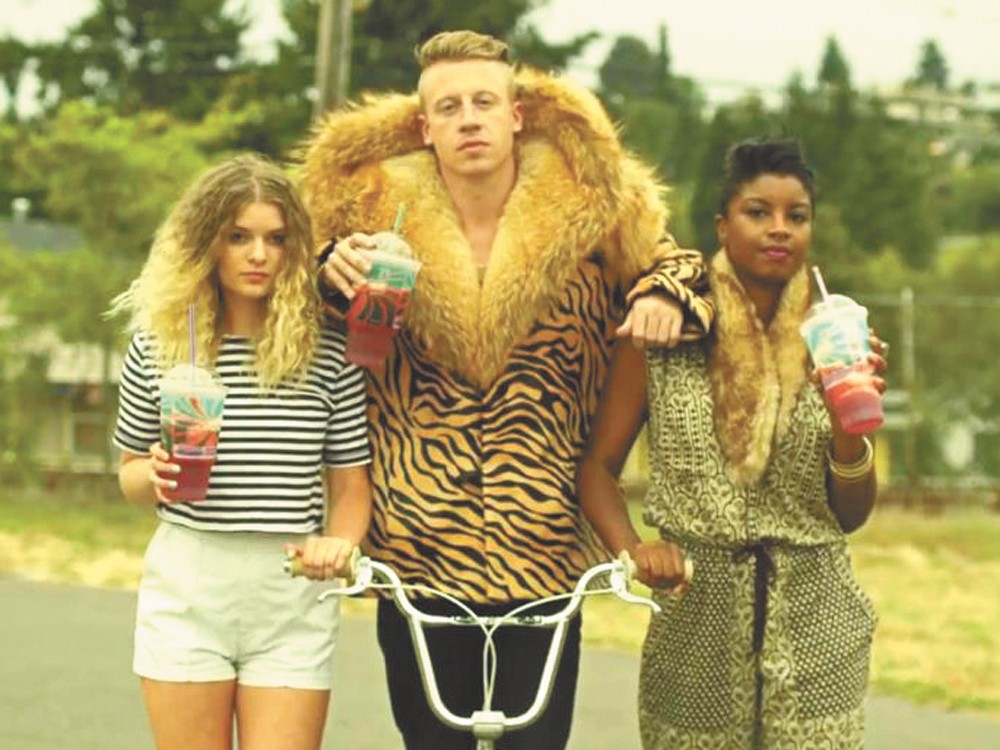 Macklemore and Spokane boy Ryan Lewis won over our critics this year.

Since the early 1980s, Michael Gira has made Swans deliberately difficult. And though this year’s masterpiece, The Seer, peddles in the discordant, it wrings out something beautiful from the din. There’s this feeling, at first, like the band is trying to drive its listeners into straightjackets as they repetitively cry “Lunacy! Lunacy!” on the first track, then quickly transition into the quivering, droning “Mother of the World.” By the time Gira pauses that song mid-motion, stopping everything except for the sound of his own heavy breathing, the song — the album — feels like a thing that you’re actually breathing in. It’s like you don’t listen to The Seer. You become The Seer.

Celebration Rock got me back in the pit. While my body and age had kept me on the pit’s fringes for years, this record made my instinctively rush into the sweaty throng to thrash, bruise and scream along when Japandroids came to town. Every note on Celebration Rock pulsates with youthful electricity: every thundering drum beat, every massive split-signal guitar riff, every “woah-oh-oh-oh-oh” chorus — all of it. Japandroids elevated its game to a new level. It’s as if your favorite dumb punk two-piece band suddenly got arena rock ambitions while making a record and somehow nailed it.

I’d heard a few cuts from Alabama Shakes, namely the thumpingly groovy “Hold On,” before I saw the band at this year’s Sasquatch Music Festival. After catching their dynamic boot-stomping set, though, I was hooked, and this record — complete with frontwoman Brittany Howard’s excellently throaty voice — got more spins from me than anything else in 2012.

This may have been a fantastic year for the revival of guitar-based rock, but it was also pretty killer for R&B as well: Usher, Solange Knowles and newcomer Miguel all had some incredible singles this year. The King of 2012, however, in both R&B and music in general, was Frank Ocean. He’s a magnetic figure known for his warmth, technical skills and smooth falsetto. His debut LP, Channel ORANGE, is the most mature and refined record I heard all year. It has a quality that makes a good case for the current state of pop music.

10. Earthship - Iron Chest
9. Baroness - Yellow & Green
8. Torche - Harmonicraft
7. Martyrdod - Paranoia
6. Dead Goats - Path of the Goat
5. Beaten to Death - Xes and Strokes
4. Cattle Decapitation - Monolith of Humanity
3. Converge - All We Love We Leave Behind
2. Enabler - All Hail the Void
1. Liberteer - Better to Die on Your Feet Than Live on Your Knees

It’s been said that in order to fire up a worthy protest, where Molotov cocktails violently kiss riot shields and cop cars are flipped, you need something to spark the flame of energetic discontent. So, why is it that the angry left often finds itself deferring to some mopey asshat strumming on an acoustic guitar for motivation? You want to see the proverbial shit hit the fan the next time the issue of baby seals is on the table? Crack out this little bit of anthemic, anarchistic grindcore and watch the 1 percent cower in fear and run for cover in their tony mansions. We will overcome — both oppression and shitty protest music.

Philadelphia’s Dr. Dog continues its run of brilliant, woolly, psych-pop with Be The Void. Long a shining example of how to assimilate your influences, Dr. Dog plays a loose blend of psychedelia, folk and post-Band boogie rock, buoyed by catchy writing and above-average musicianship. You will find no novel instrumentation or sweeping reinventions (much to the dismay of critics), but you will find a return to the live-in-the-studio sound that served the band so well prior to 2010’s Shame, Shame. That album found Dr. Dog stretching out a bit production-wise, but Be The Void is 12, straight-up rock ‘n’ roll songs by what many consider to be the best live band in America.