It makes sense that the producers

of the new, locally produced documentary Wisdom Earned: A Mountain Climber's Perspective would decide to make the Spokane premiere of the film a benefit for a conservation group. If there's one message that comes through loud and clear throughout the story of local climber Chris Kopczynski and his lifelong pursuit of climbing the world's most challenging peaks, it's that his efforts have given him a strong belief in man's responsibility for environmental degradation around the world.

That's not to imply that the film is a downer, though, because Kopczynski also sees — thanks to the lessons learned through his global climbing travels — that humanity is capable of helping the man-made scars on Mother Earth heal, as long as people recognize the problem and get involved.

The film will hold its first Spokane screening at the Bing Crosby Theater on Oct. 8, with all proceeds going to benefit the Dishman Hills Conservancy, a nonprofit dedicated to preserving regional trails and wilderness.

Wisdom Earned can feel overstuffed at times, but there's no denying the appeal of Kopczynski as a character. Learning about his childhood fishing on Latah Creek and the Spokane River, and how his love of the Eastern Washington outdoors led him to climb the highest peaks on all seven continents — just the 12th person in the world to do so — is inspiring. It also invests the viewer in his efforts to reach the top of the 15,325-foot-tall Mt. Fairweather to place his father's favorite fishing lure at the summit in thanks for passing along the family's love of nature.

In the film, Mt. Fairweather is described as a place where the ocean, the fish and the mountains collide. Consider Wisdom Earned: A Mountain Climber's Perspective as a film where a personal journey, Northwest history and environmental activism do the same. ♦ 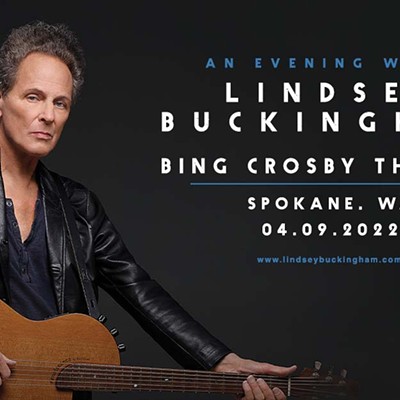