When your name is Les Gold, your fate is pretty much sealed. 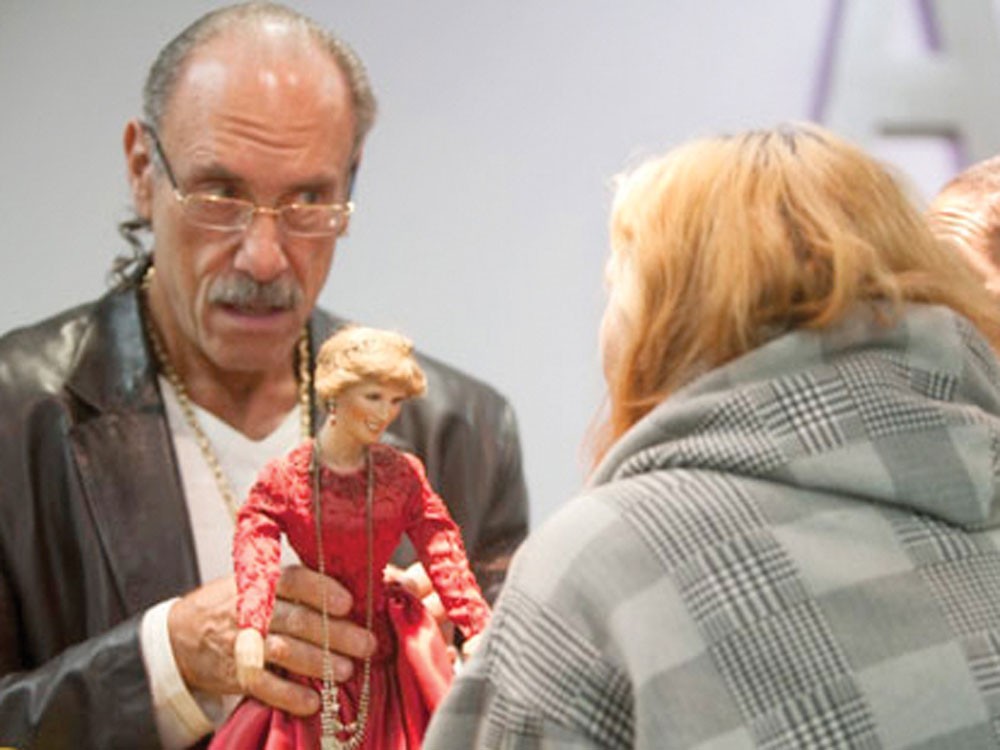 When your name is Les Gold, your fate is pretty much sealed

I have a guilty pleasure. It’s called Pawn Stars, and I watch it religiously on the History Channel.

So when truTV came out with a new series starring seedy-looking American Jewelry and Loan in Detroit, Michigan, naturally I was tempted.

Staying true to the thieving stigmas of the industry it celebrates, the concept behind Hardcore Pawn is an indirect rip-off — right down to its raunchy pun title.

But mine wasn’t the only curiosity sparked. The show’s Aug. 16 premiere scored truTV’s highest-rated series debut, ever.

Good ideas are never safe from the vortex of Hollywood recycling. Take the drama surrounding Kate Gosselin’s brood, for example:

Just when you thought the “lots-o-kids!” story model was getting old, the Duggars and their 38th child show up on another cover of People with an epiphanous declaration like, “We want more!” Even though it’s a copy in infantile stages (five episodes deep), it’s hard to tell what Hardcore Pawn’s chances are of being a total flop — or a surprising overnight phenomenon. (Never underestimate the antics of weirdos. Look at Jersey Shore.)

Both shows air the same time each week, but I’m thinking there’s enough wiggle room for peaceful coexistence. This is why:

2. Different patriarchs: Pawn Stars’ Rick Harrison is the beefy bodyguard type who deluges viewers with quips and historically amusing minutiae. Hardcore Pawn’s Les Gold (seriously, with a name like that, how is his profession not fate?) is greasy-looking and gets sidetracked more easily — but it’s fun to watch him haggle and put ornery customers in their place.

3. Different goods: Pawn Stars gets rare, high-end stuff, like treasure from the Taj Mahal or a theater playbill from the night Abraham Lincoln was assassinated. Hardcore Pawn’s scene is edgier and cruder, but the outlandishness of merchandise and people who meander into the store is leagues nuttier, like 350 pairs of “unused” Victoria’s Secret underwear, an alligator, a stripper pole, prosthetic limbs, cursed relics, a donkey and God knows what else doesn’t make the air.

I wasn’t expecting it, but Hardcore Pawn is sort of addicting. Especially after seeing a woman pawn a pony — inside the store — successfully.

Flipping Out
Jeff Lewis, with his real-life Monk version of the renovation world, is back and at his anal-retentive best in Season Four (with suspiciously plumper lips. Botox?). Lewis flips high-profile homes and business, he’ll consider plucking the eyebrows of a client’s baby when she isn’t looking, his employees aren’t allowed to go No. 2 at the office and his relationship with housekeeper Zoila is as deliciously codependant as ever. (She openly swears at him in Spanish when the cameras are rolling.) (Bravo, Tuesdays, 9 pm)

Blood Dolphin$
In 2009, dolphin activist Ric O’Barry won an Oscar for The Cove, a graphic documentary exposing Taiji, Japan’s rather horrifying annual six-month-long dolphin hunt in which thousands of the animals are brutally slaughtered. Animal Planet has followed up with a three-part miniseries. (Animal Planet; Part One premieres Friday, Sept. 10, 9 pm)