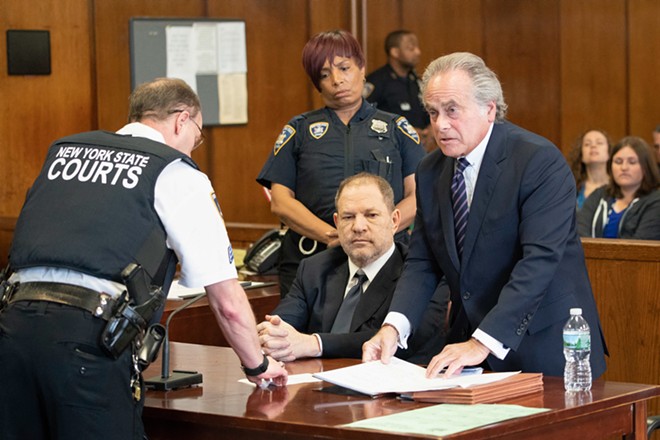 NEWS: Spokane Mayor Nadine Woodward announced yesterday that the downtown police precinct will be moved to the former Umpqua Bank building at Riverside Avenue and Wall Street. She also praised downtown as "thriving" in a notable shift from her campaign rhetoric.

Tense Democrats
There's another Democratic debate tonight in Charleston, South Carolina. It's the first debate since Bernie Sanders' landslide victory in Nevada Saturday that cemented his position as the clear frontrunner and the candidates have adopted a gloves-off posture. (New York Times)

Weinstein convicted
A jury in Manhattan found that Harvey Weinstein, the former film industry mogul who has been accused by numerous women of harassment, sexual assault, and rape, was guilty of two felony sex crimes — including rape in the third degree. (New York Times)

Coronavirus spreads
While infections are slowing in China, outbreaks in Italy, South Korea and Iran are renewing concerns of a global pandemic. Italy has reported the worst outbreak outside of Asia, with infections jumping from 229 to 283 in just one day. Meanwhile, Iran's deputy health minister, Iraj Harichi, who led the nation's coronavirus containment efforts, has contracted the illness. (New York Times)

Correctional NIMBYsm
The city of Hayden sent a letter to Idaho state officials objecting to tentative plans to build a new re-entry facility in Kootenai County for inmates nearing the end of their sentences or probation and parole violators. (Coeur d'Alene/Post Falls Press)

Less of a monopoly The Spokane City Council approved an agreement to allow TDS Telecommunications, a Wisconsin-based company that offers cable and internet services, to operate in Spokane's market. They would compete alongside Comcast, who previously were the only cable option in the area. (Spokesman-Review)