Going toward the ghost with poets Jane Wong and Quenton Baker 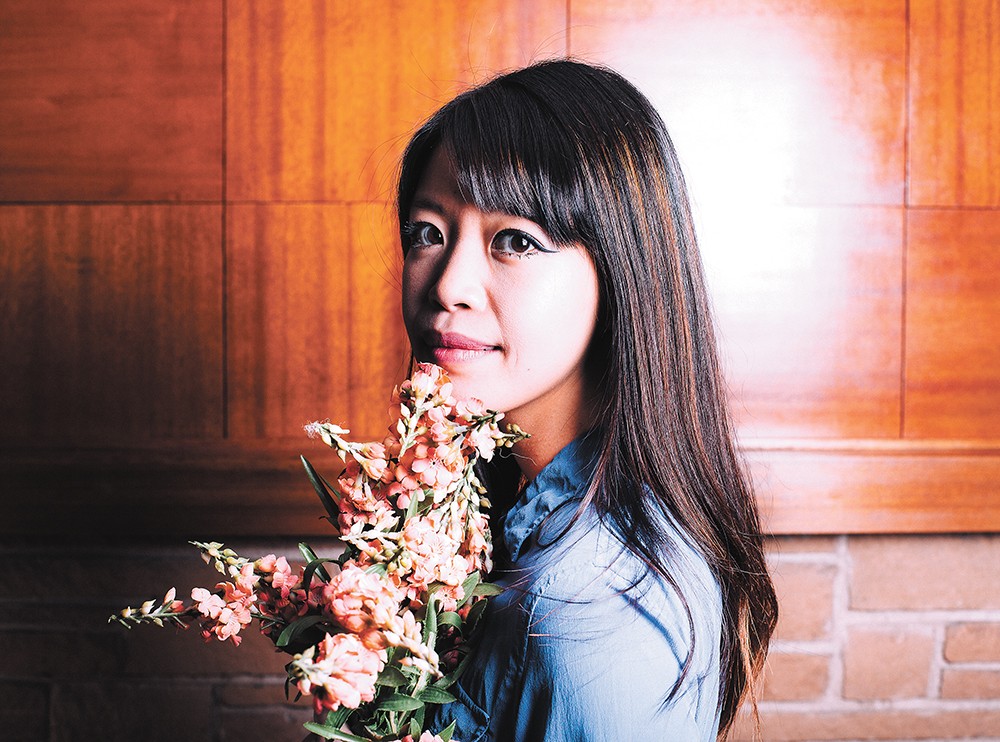 Helene Christenson photo
Poet Jane Wong's new work interprets the present through the lens of those who lived long ago.

Anna May Wong was a Chinese American film star born in 1905.

She possessed extraordinary talent, spoke many languages fluently, and captivated audiences across America and Europe. But she was limited to playing hackneyed, racist roles — it was illegal for her to kiss a white man on screen, and all the male leads were white. She could never be a leading lady. One of her greatest ambitions was the role of O-lan in the 1937 film adaptation of the Pearl S. Buck novel The Good Earth, a compassionate story set in rural China. In one of the most infamous early cases of Hollywood whitewashing, the role of O-lan was given to the German actress Luise Rainer.

Anna May Wong is one of the many ghosts you'll meet inside Seattle poet Jane Wong's digital project the Poetics of Haunting, a multimedia collection of contemporary Asian American poets in conversation with their specters.

In The Poetics of Haunting, Sally Wen Mao's poem, "Anna May Wong fans her time machine," has the starlet traveling to the future, "Where surely no one gives a puck / who I kiss: man, woman, or goldfish," and she can play the authentic human role of "some girl from L.A., the unlikely heroine / who breaks up the brawl, saving everyone."

You also meet Korean American artist Theresa Hak Kyung Cha, brutally murdered at 31 in 1982, whom Jane Wong encounters when she, too, is 31. You'll read about how Los Angeles poet Cathy Linh Che's parents were cast as Viet Cong extras in the film Apocalypse Now, chosen with 100 other refugees to play the very people they'd fled ("My mom had to shoot a fake gun in the air," Che says). You'll read Seattle poet Don Mee Choi's response to the Gwangju Uprising of May 1980, when hundreds of South Korean students were massacred and brutalized protesting martial law, and hear the song written for the "spirit wedding" of two fallen activists.

"Ghosts don't denote terror or a burden for me as a poet," says Wong in an interview with the Inlander. "I seek them out to honor them. In that way, I want to draw them closer, to know my history through and through. Sometimes, that's difficult ... however, such invocation allows me to better understand where I came from."

Wong believes that "intergenerational trauma is carried forward" and informs both her poetry and day-to-day life.

"I can see this even in the most minute details," she says, "such as my eating habits. I am obsessive about not wasting food, to the point of eating other people's leftovers sometimes. I think this comes from the Great Leap Forward, from a history of poverty and hunger, though I myself was never 'hungry' growing up in a restaurant."

Wong was raised in a Chinese takeout restaurant in New Jersey, and though always well fed, the tens of millions of Chinese who starved to death during the Maoist campaign still hover over her plate. Wong's work weaves her family's past and present into poems that ultimately look forward.

Indeed, in Overpour you see both Wong's mother feeding envelopes in the present day and leaving home in 1982, when "the hem of her wedding dress is 7,326 miles and what for."

Seattle poet Quenton Baker shares Wong's interest in contextualizing the past and present for the future. His debut chapbook This Glittering Republic explores "the fact of blackness in American society," as he says, but he sees his poetry as "not so much a conjuring as a correspondence."

"Across history, time, location, I'm mostly seeking to put people and ideas in correspondence with the modern moment," he tells the Inlander.

Baker says that the historic figures in his poems aren't necessarily haunting.

"How can a ghost haunt itself?" he says. "I'm not haunted by Mary Turner or George Stinney Jr. or Sara Baartman [all of whom appear in his poems] because they all correspond to parts of black interiority, and how blackness, throughout time and in the current moment, has always been cast as specter or bogeyman: a terrorizing menace at the edge of white consciousness. Black folks have always been the living ghosts of flesh and blood."

"People who have an understanding of the varied textures and interiorities of black life would feel strengthened, seen, and loved," he says. "And people who are holding on to an investment in whiteness would feel challenged, expanded, and more aware of the violence endemic to the white imagination."♦