Why damn liberals like Gary Locke want your info 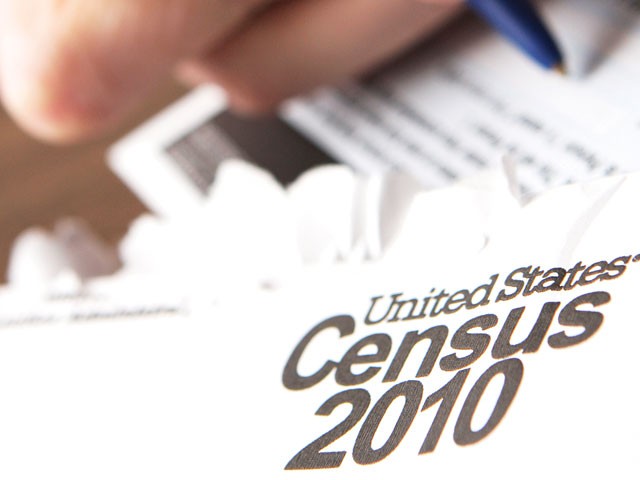 The envelope lands in your mailbox, demanding to know who’s living in your home. While you’re grumbling at yet another government intrusion into your domestic tranquility, consider this: Spokane needs you and your numbers to hold off a challenge from those pesky upstarts in Tacoma.

This may be the year that Spokane loses its coveted status as the second-largest city in Washington to its west-side rival, Tacoma.

Though an official census hasn’t been conducted since 2000, when Spokane had about 2,000 more residents than Tacoma, the U.S. Census Bureau estimated in 2006 that Spokane was only ahead by about 1,600, with 198,100 residents compared to Tacoma’s 196,500. The Washington State Office of Financial Management paints a slightly more positive outlook for Spokane, estimating that in 2009 it retained its 2,000-person lead over Tacoma’s population of 203,400.

Yi Zhao, the OFM’s senior forecast coordinator, says the census could certainly find Tacoma to have crept up on Spokane in the last decade, especially if the west-side city recently annexed land. However, she says, both cities have grown at a steady pace and Spokane still has about 8,000 more residential units than Tacoma.

“I don’t think this year will be the year that happens,” she says. “But you never know.”

While Spokane is at risk of losing its second-place status, it may move up in different ranks.

Once the census is tallied in 2013, the federal government may combine Spokane and Kootenai counties into a joined region it calls a Combined Metropolitan Statistical Area (CMSA), making it the 85th-largest metropolitan statistical area (MSA) in the country.

Dale Strom, a city planner in Spokane’s Community Development Department, says the move would almost certainly bring more business to the area because many companies only consider locating in the top 100 MSAs in the nation. Each county would retain its separate MSA as well. Spokane is currently the 106th-largest MSA, while Coeur d’Alene ranks 277th.

“It’s one of the biggest things that could come out of the census,” says Rich Hadley, president and CEO of Greater Spokane Incorporated. He believes that a ranking in the top 100 MSAs would not only attract more businesses to the Inland Northwest, but more tourism and possibly even more government funding.

“The fact is that as a combined area we have a bigger dot [on the map],” he says.

The two counties combined have more than 600,000 residents, well over the 500,000 required to form a CMSA. The combination was considered after the 2000 census, but was opposed by the Idaho Legislature due to lack of support in Coeur d’Alene.

According to the Spokane Journal of Business, if new rules being considered by the U.S. Office of Management and Budget are adopted, local opinion will no longer be considered in the process. The counties’ populations and the number of residents living in one county and working in another would qualify them to be automatically designated a CMSA.

Todd Chambers, president and CEO of the Coeur d’Alene Area Chamber of Commerce, acknowledges that the Spokane and Kootenai counties are undeniably one region, but he is concerned that Coeur d’Alene could lose its identity if it was part of a CMSA named after the counties. He emphasizes that people normally associate communities with cities, not counties.

He says that while the change could benefit the business community through recognition of a regional economy, there are also concerns that the change would be more advantageous to Spokane as the larger of the two counties.

Hadley says the designation shouldn’t be considered good or bad, but simply a reality that comes along with a growing region.

“It isn’t going to change the name of Coeur d’Alene to Spokane,” he says. “We’re still going to promote ourselves as a community and we’re going to collaborate where it makes sense.”

Natalie Johnson is an intern at The Inlander.
More