Health officials warn of coronavirus outbreaks in the U.S. 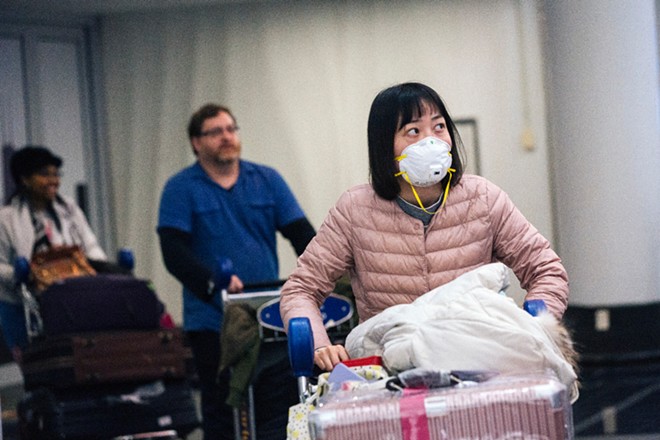 Taylor Glascock/The New York Times
Travelers arrive at O’Hare International Airport in Chicago on Jan. 24, 2020. Health officials around the country are struggling to keep up with costs of screening passengers from China and other parts of the world.


The coronavirus almost certainly will begin spreading in communities in the United States, and Americans should begin preparations now, officials at the Centers for Disease Control and Prevention said Tuesday

Officials at the CDC said they did not know whether spread of the disease to the United States would be mild or severe. But Americans should be ready for a significant disruption to their daily lives, she added.

“We are asking the American public to prepare for the expectation that this might be bad,” Messonnier said.

In Washington, the secretary of health and human services told a Senate panel that federal and local health departments will need as many as 300 million masks for health care workers and additional ventilators for hospitals to prepare for an outbreak of coronavirus in the U.S.

But lawmakers from both parties made it clear they were unconvinced the Trump administration was prepared for the outbreak that the CDC is forecasting.

Trump administration officials overseeing the response to a potential coronavirus outbreak told lawmakers that the initial amount of money requested by the White House — $1.25 billion in new funds and $1.25 billion taken from other programs — would likely be just a first round.

Azar said he was alarmed by the human-to-human transmission of the virus in other parts of the world without an identifiable connection to confirmed cases and what that could mean for how the virus may hit the United States in the coming months.

“We cannot hermetically seal off the United States to a virus,” Azar said. “And we need to be realistic about that.”

Messonnier said that she had sat down with her children and told them, “we as a family need to preparing for significant disruption of our lives.”