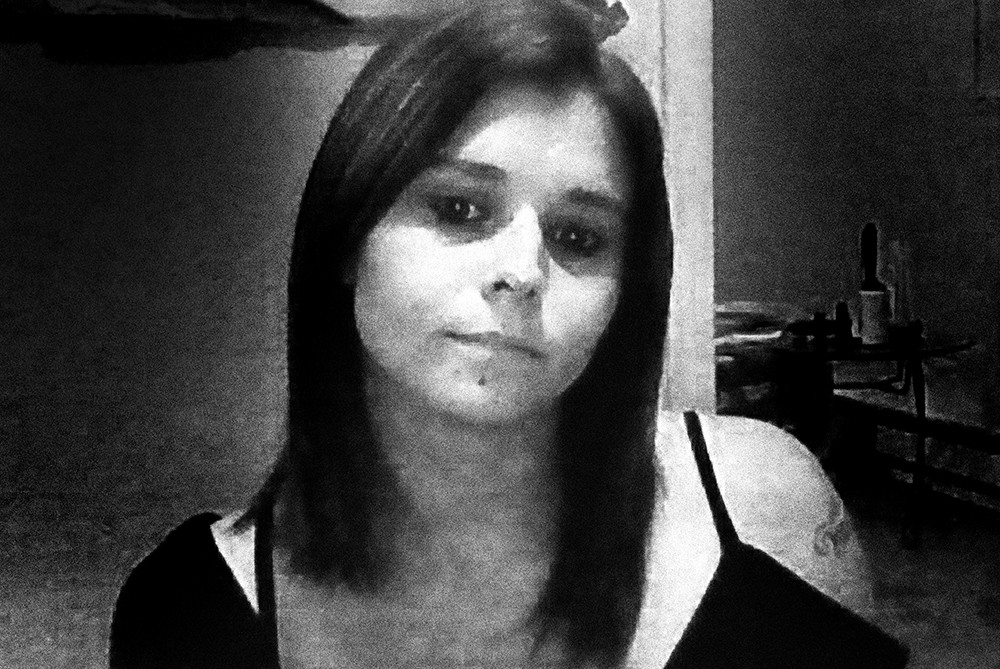 Amanda Cook, a 25-year-old mother, spent weeks in jail waiting for a mental health assessment. She killed herself before the evaluation was ever conducted.

only talked about mental illness in moments of crisis — in the aftermath of unimaginable tragedies: Newtown, Tucson, Aurora, and on and on. But grief and anger are not conducive to analyzing good public policy, let alone seeing another person's perspective.

Hence, our yearlong "State of Mind" series was born. Our goal was simple yet ambitious: Tackle the stigma surrounding mental illness, and identify the essential reforms that we as a community should consider — for practical, if not moral, reasons. It was a journey that took us to local jails, Eastern State Hospital, emergency rooms, doctors' offices and rural communities in Idaho, and in the end, we published more than 40 articles on the subject.

Our series is yielding results, as the debate moves into law offices and courtrooms around the region. In a civil rights lawsuit, attorneys are challenging the state of Washington for its care of patients in psychiatric hospitals. Others are fighting for rights to medication and timely mental health assessments inside county jails. Soon the conversation will move to Boise and Olympia with the start of the legislative sessions later this month.

Our job isn't done, but we wanted to take a moment to update you on the people and issues we've featured over the course of the year. Find all the articles in the series online at Inlander.com/stateofmind.

In February, the Inlander started its examination of the local mental health system with the tragic story of Amanda Cook, a 25-year-old mother facing assault charges for attacking her mother during a psychotic episode. She wrote her family letters from within the Spokane County Jail, increasingly desperate for mental health treatment. After several weeks of waiting for a competency evaluation, she killed herself in the shower at the jail.

Cook's story, along with several others, now form the basis for a federal class-action lawsuit against the state for failing to conduct evaluations within legal deadlines. U.S. District Court Judge Marsha Pechman ruled last week that the current wait times of 30 to 60 days infringes on the due process rights of defendants awaiting trial in jail.

"The state has consistently and over a long period of time violated the constitutional rights of the mentally ill — this must stop," Pechman's Dec. 22 order states. "The in-jail wait time experienced by [inmates] today is far beyond any constitutional boundary."

Anita Khandelwal, with the Public Defender Association, says the order does not automatically trigger any speedier evaluations, but it does give defense attorneys new ammunition for petitioning the court. The association, which has worked the case along with Disability Rights Washington and the ACLU of Washington, feels the new order sends a strong message.

As police officers have increasingly served as first responders to mental health crises, many departments have adopted Crisis Intervention Team training to provide officers with additional de-escalation and communication skills. The Spokane Police Department has worked to put all officers through a 40-hour CIT course, but officials say some situations will still result in force.

"They straight wanted to kill me," he told the Inlander in March.

Johnson spent several weeks recovering at Providence Sacred Heart Medical Center before being admitted to Eastern State Hospital in July. His family says he remains at Eastern State under a civil commitment, but has restricted how much information the hospital can share with them.

Long term, the department has also considered developing a dedicated Behavioral Health Unit for engaging subjects in crisis or conducting proactive welfare checks. Straub says he wants Spokane to help lead the conversation on engaging and protecting the mentally ill.

"We get that there's a mental health crisis in our nation and in this community," he says. (JACOB JONES)

NGRI patients and their ensuing lawsuit

The Inlander's second major story in the series, "Patients and Prisoners," uncovered the punitive and possibly unconstitutional conditions affecting patients adjudicated not guilty by reason of insanity, or NGRI, at Washington's public psychiatric hospitals.

The story describes the public outcry after patient Phillip Paul's high-profile escape from the Spokane County Fair in September 2009 and the state's swift and severe reaction — at the expense of patient treatment and reintegration into the community.

The Inlander was the first news outlet in more than a decade to meet and interview a forensic patient inside Eastern: Ketema Ross, a former Yale Law student, was found not guilty by reason of insanity after assaulting an elderly couple in 2007 while in the throes of psychosis. Although his commitment at Eastern is indefinite, Ross hasn't experienced any symptoms of psychosis in more than five years. He and other patients painted a dismal story for the Inlander about their loss of rights and privileges following Paul's escape and later, the 2012 murder of patient Duane Charley at the hands of another patient.

"We are fighting one thing and one thing over all, and that is despair," Ross told the Inlander during his first interview last October. "I mean that on multiple levels. People have given up on the system. ... [They've] given up on ever getting out of here."

Spokane attorney Andrew Biviano read the Inlander's investigation and teamed up with the advocacy group Disability Rights Washington, Ross and two other NGRI patients at Eastern and Western State hospitals to sue the state. In May, Biviano filed a lawsuit in federal court against Washington and the Department of Social and Health Services, alleging that the current restrictions on NGRI patients violate their constitutional and civil rights to adequate mental health treatment. Rather than seeking compensatory damages, Ross and the other plaintiffs are asking the court to nullify the two laws passed in the aftermath of Paul's escape.

The lawsuit, scheduled for trial next October, has already led to the release of one of the original plaintiffs: "J.T.", as he's referred to in court documents, was a former NGRI patient at Eastern State. In 2011, J.T. suffered from drug-induced psychosis and attacked two nurses at a Tri-Cities hospital. On the advice of his public defender, J.T. pleaded not guilty by reason of insanity to assault charges in 2012. During his commitment at Eastern, J.T. was never diagnosed with a mental illness, nor did he take any psychiatric medication.

In September, J.T. was permanently discharged back to his family's home in Seattle after the prosecutor and state judge where J.T.'s case was tried agreed that his commitment was unconstitutional. Biviano's lawsuit alleges that there are other patients, like J.T., who have no mental illness and remain hospitalized with no plans for release.

Last month, three additional plaintiffs — also NGRI patients who, like J.T., have no diagnosable mental illness or like Ross, are in remission — joined the lawsuit against the state. Biviano and Disability Rights Washington also have uncovered more evidence of punitive treatment at the hospitals. In one disturbing example, one of the new plaintiffs was forced to sit in his own waste during a doctor's appointment outside the hospital because Western State staff refused to remove his shackles so he could use the bathroom.

During last year's legislative session, former Democratic state Rep. Tami Green sponsored a bill to repeal the 2010 law confining patients inside state hospitals. Green's bill never made it out of committee, and she later lost her state Senate bid in the November election. While Biviano hopes another lawmaker will pick up where she left off, he says it's unlikely the bill will move forward.

"Public fear is a massive driver of legislative action, and I don't see them as a public wanting to give them their rights back," Biviano says. "This is why we have judges."

In the months since the Inlander's original story was published, Ross has successfully fought in court for a conditional release to live in the community as has his friend, "DB," who's now living with his family in Spokane. On Jan. 11, Ross will move into a transitional house in Spokane. He hopes to get a full-time job working as a mental health peer counselor and soon, go to law school. (He took the LSAT in September and recently started the application process at Gonzaga University.) It's been seven and half years since Ross has lived outside the hospital.