In its eighth year, Elkfest takes over Browne's Addition this weekend, and welcomes in the best season of the year. 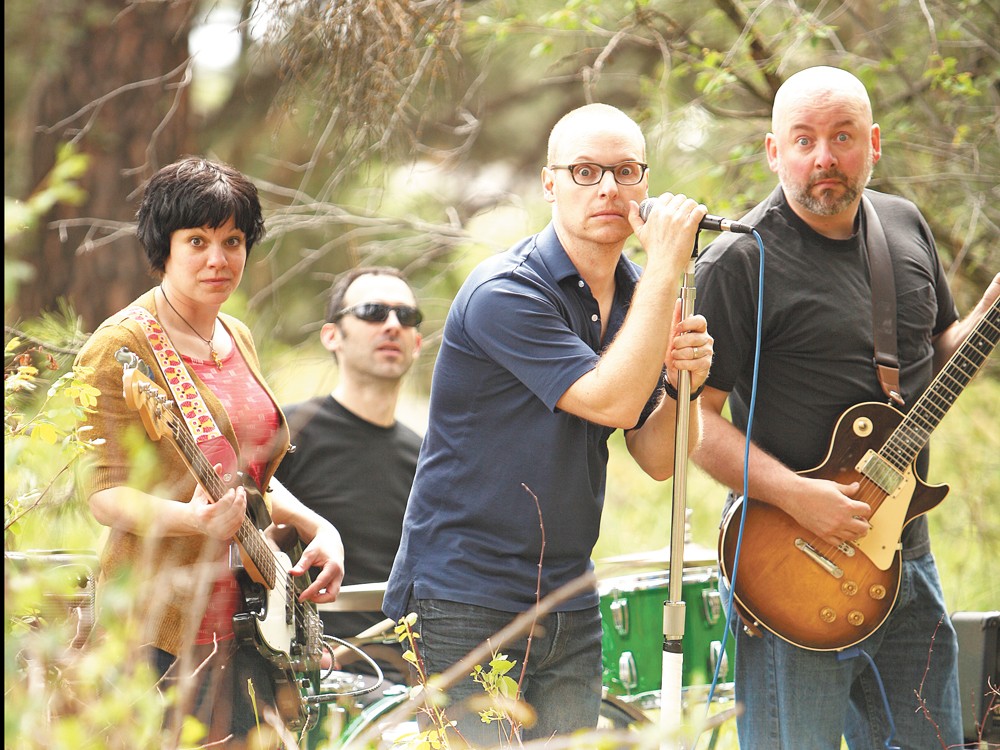 Young Kwak
Notice the elusive Camaros in their natual habitat.

How do outdoor dance parties sound to you?

Outside drinking? A whole day of live music? That’s a little bit of what you’ll find this weekend at Elkfest — the beloved weekend-long music festival that turns Browne’s Addition into a gymnasium of hipsters old and young who just want to cool out with a beer and some tunes. In its eighth year, the festival organizers have assembled a lineup of Northwest talent: from the bluesy sound of Seattle band My Goodness, to the reggae of locals Real Life Rockaz, to an all-dude Go-Gos cover band. Yeah, unless you hate fun, you’re gonna love Elkfest. (LS)

An honest-to-God original, BBBBandits plays a breezy brand of California rock and roll that you don’t find too often around these parts. This four-piece plays the stuff of top-down convertibles, beach bonfires and endless summers. Just as entertaining as watching the band is to watch the crowd at a BBBBandits show: jaws drop, people scream and sometimes (well, once, at least) girls jump onstage, compelled to dance uncontrollably. (LS)

Spokane’s own Cathedral Pearls were recently named one of Paste magazine’s “12 Washington Bands You Should Listen To Now.” The double-couple group revolves around the smooth vocal interplay of Karli Ingersoll and Max Harnishfeger. Supported by their spouses on keyboards and drums, Cathedral Pearls put their own spin on Northwest indie in the vein of Band of Horses or Lemolo. (JMG)

For some reason it’s not a huge surprise that Spokane has some pretty amazing cover bands (Metallica tribute, anyone?). And so we probably shouldn’t have been so giddy to hear about the Go Man Gos, an all-male tribute to the Go-Gos. Yes, those Go-Gos, of “Vacation,” “We Got the Beat” and “Our Lips Are Sealed” fame. Those songs just take on a whole new meaning when they’re coming from the mouths of dudes. See it for yourself. (LS)

Seattle’s My Goodness follows in the footsteps of its forebears in the blues-rock duo phenomenon, albeit with their own minor tweaks. Imagine if Jack White had a deeper voice or Dan Auerbach a penchant for head banging and you’re pretty on the mark. But unlike the Stripes or the Keys, you don’t have to wait for the latest stadium tour or shell out the big bucks to see them... yet. Better do it while you can. (JMG)

FYI, there will be no dropped basses during DJ Case’s set. Case, who frequently spins at the Baby Bar, is known for his mix of old funk, soul, world, hip-hop and jazz records (yes, actual vinyl records). He’s only been DJing in the area for about a year and promotion isn’t high on his to-do list so you may not know his name, but after his set, you’ll definitely know his sound. (AP)

Nude — a Whitworth-bred band — has had a big year. After winning the 21-andyounger Sound Off! competition at Seattle’s EMP, the dream-pop/math-rock outfit also landed a slot on the Capitol Hill Block Party and Bumbershoot. The band purveys a unique brand of rock that’s driven by the lilting vocals, complicated guitar work and an electronic drum sound. It’s upbeat, but dancing is by no means required. (LS)

On their last album, 2011’s Handsome Orders, Portland four-piece Point Juncture, WA (not a real place, FYI) eschewed the waves of keys and guitar feedback of previous releases for a more streamlined sound that channeled the hooks and forceful power chords of the glory days of ’90s “alternative” like Weezer and Sleater-Kinney. It’s a good look for a band whose talent for pop now shines center stage. (JMG)

Real Life Rockaz have only been rockin’ for two-and-a-half years now but the combination of past Groove Patrol, James Pants & the Royal Zodiac and Son Dulce members has earned a fan base far and wide. Don’t miss their blend of reggae, hip hop, soul, jazz and more as they’ll soon be taking a break to record their next album. Just make sure to set your drink on a table during their set; you’ll be too busy dancing to hold it yourself. (AP)

Hip-hop and classical violin are not something you find together every day, but in the music of multi-instrumentalist Emily Wells, they go together like chocolate and hazelnut. A hip-hop head whose knowledge runs deep, Wells will release a collaborative album later this year with legendary producer Dan the Automator, another classically trained violinist with an affinity for rap. (JMG)

Fact: Velella velella is a species of small, predatory marine animal that floats on the surface of the open ocean (think man o’war) and also goes by the names “by-the-wind sailor,” “purple sail,” or “little sail.” Why they didn’t choose one of these more melodious, psychedelic names for this long-running electro funk project is a mystery, but when you’re shaking your booty to their irrepressible, Beck-inspired jams, you won’t have time to wonder. (JMG)

Whiskey Dick Mountain is one of those bands that you just have to hear to understand. WDM — Tim Lannigan, the band’s front man, organist “Reverend” Ryan Coleman, drummer and “Youth Pastor” Shawn Cox and guitarist Daniel Burns “For All Eternity” — play a blend of gospel, soul and punk sprinkled with ungodly screams and shrieks that sounds crazy on paper but wonderfully refreshing to your ears. (AP)

Locals Silver Treason have done what no other Spokane band could: They got the punks to dig country. Maybe that’s because all of the band’s members — Jamie Frost, Cameron Smith, Kevin Cameron and Bill Barrington — cut their teeth around here in punk bands. The outfit, driven by Frost’s pedal steel guitar and Cameron’s nostalgic lyrics, make sweet country-tinged songs meant for the summertime months. Get out there and dance. (LS)

Before bands were over-classified, embedded in genres and influences, they just made rock music because it, well, rocked. And that’s why bands like the Camaros, a local four-piece, are so refreshing. They make crowds swoon with their straightforward, booty-shaking, lip-snarling rock and roll. Added bonus: The singer is that guy in the Northern Quest commercials! Dude! (LS)

Folkinception is a hodge-podge of a band in the best way possible. Take one part Americana folk and one part rock and roll, add a dash of soul, courtesy of piano player Matt Mitchell, and some strings in the form of a cello and a fiddle and you’ve got the local six-piece. They’re experts at building a song from a whisper to a roar so don’t be surprised to find your toes tapping during Folkinception’s set. (AP)

“Waiting On You,” the single from Cody Beebe and the Crooks’ debut (recorded at Seattle’s famed London Bridge Studio, where Candlebox, Soundgarden, and Three Doors Down have cut albums… make of that what you will) sounds as if it would be equally at home on contemporary country or adult alternative radio.

The band’s socially conscious agenda — they played for the homeless at a Seattle tent city — and DIY ethos saves them from cloying corporate rock. (JMG)

The long-loved, sorta-Spokane band the Globes had to back off from playing last year’s Elkfest, but are such swell guys that they put themselves on the hook to play this year. The post-rock band released Future Self, an experimental, often foreboding set of songs, last year on Barsuk Records. They’re living in Spokane again now, so it would be smart to enjoy them while they still live here, m’kay? (LS)