Darker, better than the first.

Anyone who was at all bothered by the ridiculous amount of success Fleet Foxes saw after the release of their debut record in 2008 is probably going to overlook this album as more of the same. And that’s a damn shame.

Helplessness Blues is a deep and resonant record that honestly builds on the promise made by their self-titled LP. Critics will be quick to call this album darker than its predecessor, and that’s only halfright. Tonally, yes, it does take a few sharp turns where the debut may not have: Listen to the way lead vocalist Robin Pecknold’s voice literally splits in the lilting “The Shrine,” only to fade gently into a Fleet Foxes’ trademarked harmony.

But spiritually, the record holds a much more humanistic composure than the first. Some will see this as a darker side, but either way you see it, it’s completely real, and entirely more affecting.

Bristling with life, humor and a little menace, Wes Anderson's Isle of Dogs is a stop-motion delight 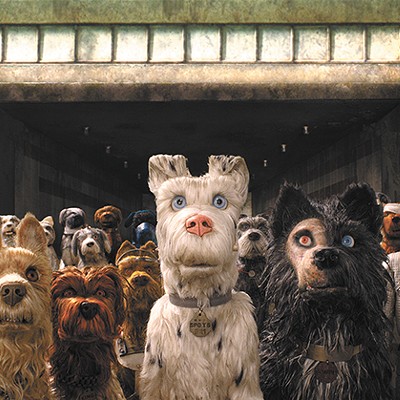