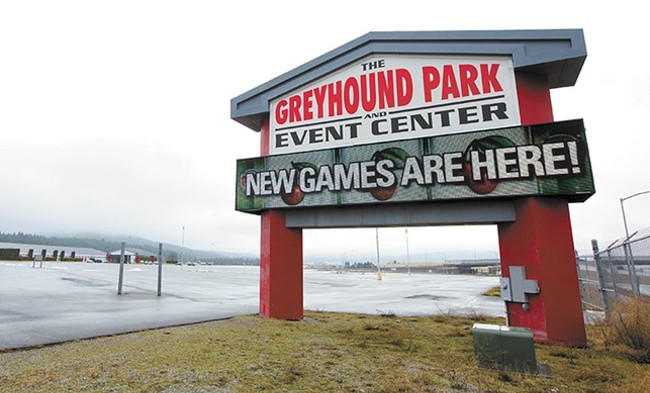 Idaho voters this year will be faced with a statewide initiative purporting to authorize "historical horse racing at certain locations where live or simulcast horse racing occurs."

Now, if you're a fan of Seabiscuit or Secretariat that notion might sound pretty cool. The way the initiative outlines it, it sounds like this simply gives racetracks the ability to bet on historical horse races the same way they bet on modern-day horse races.

And doing that, the initiative claims, you'll save modern-day horse racing and help out rural Idaho schools.

But back in 2015, we not only tested out the slew of "historical horse race" machines at the  Greyhound Park and Event Center in Post Falls, we accidentally won over $200 in the process of reporting on them.

So, does this sound like "historical horse racing" to you?


Careful listeners may notice the lack of stampeding hooves, roaring crowds or manic here-comes-Beetlebomb announcers. Instead, they may notice a reggae-style song proclaiming "It's time to make your dreams come true and live a life of pleasure! Don't stay behind; it's time to find your deep sea treasure!"

As we reported back then:


Hit a few buttons, and the columns of treasure chests, pufferfish and minnows start spinning.

And yet slot machines, even back in 2015, were illegal according to the Idaho Constitution, with gambling specifically prohibited, including "blackjack, craps, roulette, poker, , keno and slot machines," as were "any electronic or electromechanical imitation or simulation of any form of casino gambling."

So how did those machines get through? They were sold to the Legislature in 2013 as "historic horse racing" machines. Ostensibly, track visitors were being offered the chance to bet on historic horse races, just like they were able to bet on current horse races in select locations throughout Idaho.

But as the machines evolved, they resembled slot machines more and more, and any tie to horse racing was harder and harder to detect.

The results of the slots were apparently tied to the results of some horse race throughout history. Not only did few people use the machines like they were betting on actual horse races, preferring to simply slap the auto-wager button without watching the horse race itself, made it extremely difficult to treat the flashy video gambling machines as if they had anything to do with horses. Odds information was hidden.


All that information on horses and jockeys? On most of the machines at Greyhound Park, it's nested deep within layers of screens and buttons: Finding the stats requires pressing the "Help" button, the "Handicap" button, the "Page Down" button, the "Handicap Next Race" button and then — only after confirming a bet — a button that offers up a few pie charts with the horse's statistics on them.

The charts last for five seconds, barely enough time to read the numbers, before permanently disappearing and being replaced by the words "Good Luck!"

Later in 2015, the Idaho Legislature voted to ban the machines, arguing they had been tricked two years earlier into approving them by a deceptive sales pitch. But now, voters are being asked to not only legalize the machines but to codify in state law that they're not considered slot machines.

And already, media outlets are raising objections that the "Committee to Save Idaho Horse Racing" ads are putting deceptive sales pitches in front of the voters. One ad run deceptively suggests that politicians voted to ban "Idaho horse racing" instead of just making the video gambling machines at the tracks illegal. The ad doesn't show the video gambling machines at all.

For one, real historical horse racing never got the "Deep Sea Treasure" jingle stuck in your head.