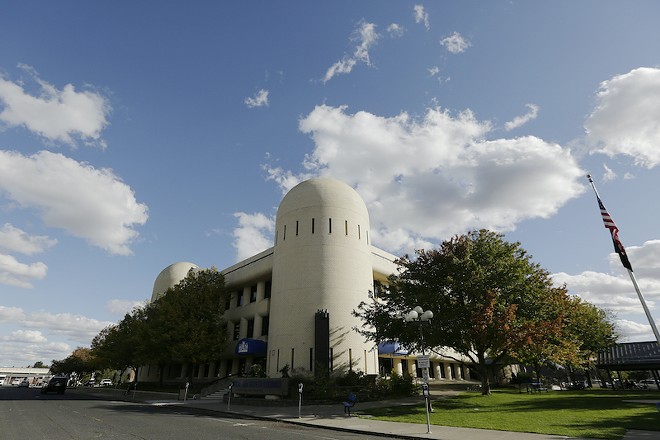 Young Kwak photo
The Spokane Regional Health District Board of Health approved the health officer salary at more than $247,000, making it one of the highest paid public jobs in the region.

When hiring Dr. Francisco Velázquez on Oct. 6, the Spokane Regional Health District Board of Health simultaneously approved his salary at more than $247,000 per year, making him one of the highest paid public employees in the region.

That isn't an amount Velázquez asked for but came from a range established by the health district's human resources department. HR updated the salary ranges for all jobs at the beginning of the year, explains health district spokeswoman Kelli Hawkins.

"They conduct a salary survey on a regular schedule to see what's happening in the Spokane region specifically," Hawkins says, "to make sure they have a competitive and fair compensation for each of the positions."

For his part, Velázquez says he was presented with the salary range for his experience level and said, "sounds fair to me." He didn't negotiate for a different number when asking to take on the role he'd served in as interim for the last year.

"I understand that people have questions. One of the things I pride myself on is I try to communicate and provide as much information as I can," he says. "I don't want there to be any mysteries."

Velázquez also receives about $42,000 per year in other benefits including retirement contributions, health coverage, and other worker insurance.

For comparison, here are some of the other top public employee salaries in the area (not including benefits):

Light Up the Season Parade @ Moscow