Cannabis ointments might be the cure for what ails you 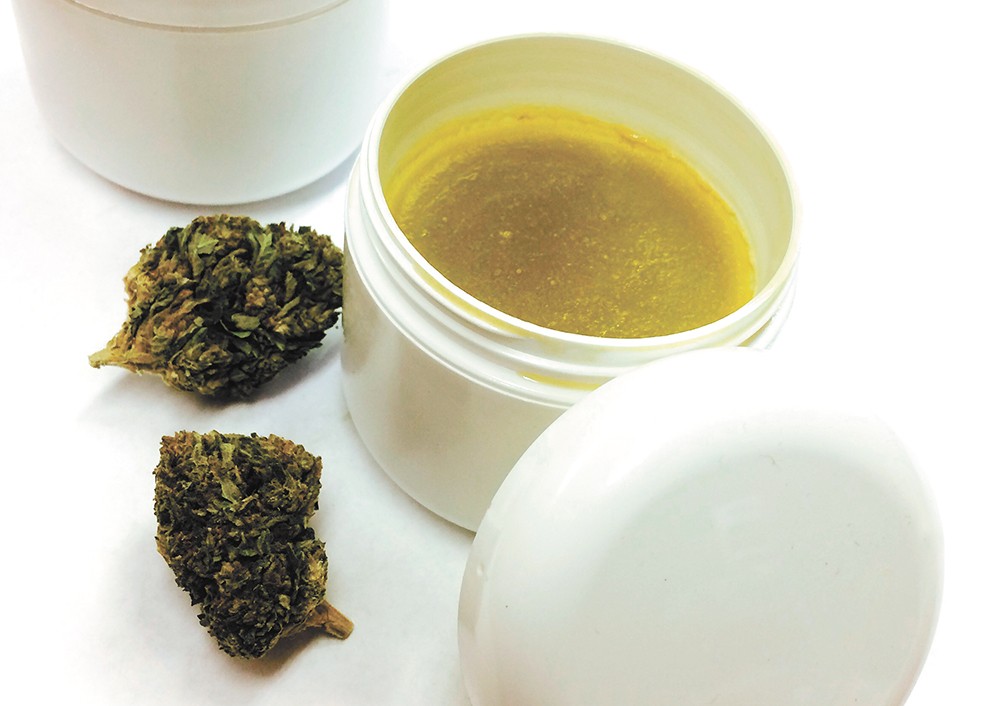 Finding relief at the cannabis shop

the notion that cannabis has healing properties isn't necessarily a tough sell with the public.

But in our present-day recreational market, the high-end strains, concentrates, oils and other emerging products might distract consumers from the fact that one can readily find relief for what ails them at their local cannabis shop. At Mary Jane's on Market Street in East Spokane, owner Tom Lloyd has seen pain-relieving topical rubs become a popular product.

Lloyd, who despite owning a cannabis store rarely uses his product, has been finding relief with KODA Muscle Cream, produced in the small Skagit County city of Sedro-Woolley, for pain in his knees, wrist and ankle. Lloyd says he sent it to a family member who suffers from chronic headaches resulting from a neck problem, and she called the cream "life-changing."

KODA's cream ($35 for a 2-ounce container) is made of all-natural ingredients, will survive for six years in your medicine cabinet and features 520 mg of CBD (non-psychoactive cannabidiol), 90 mg of THC (tetrahydrocannabinol, cannabis' principal psychoactive constituent), and 550 mg of CBN (cannabinol, which produces little to no psychoactive effects).

"Everybody who tries it says it's absolutely amazing. I've never had anyone who says, 'Nah, I'm not sure,'" says Lloyd.

Perhaps the most appealing aspect of topical cannabis creams and lotions: While they provide quick pain relief, they don't cause a psychoactive effect and are not known to shown up in drug screens.

"I slather it on when I need it, and I'm really susceptible to cannabis. I have a very low tolerance for cannabis, and I don't feel [a psychoactive effect]," says Lloyd, adding that cannabis topicals could prove to be an efficient and safe alternative to prescription painkillers.

According to Amanda Reiman, Ph.D., who teaches classes on drug policy at UC Berkeley and works with the Drug Policy Institute, topical cannabis products only break through the skin and muscle and do not enter the bloodstream. To illustrate this, Reiman says that applying rubbing alcohol to your skin doesn't raise your blood alcohol level. Thus, it's unlikely that a topical cannabis product would show up on a drug screen. ♦