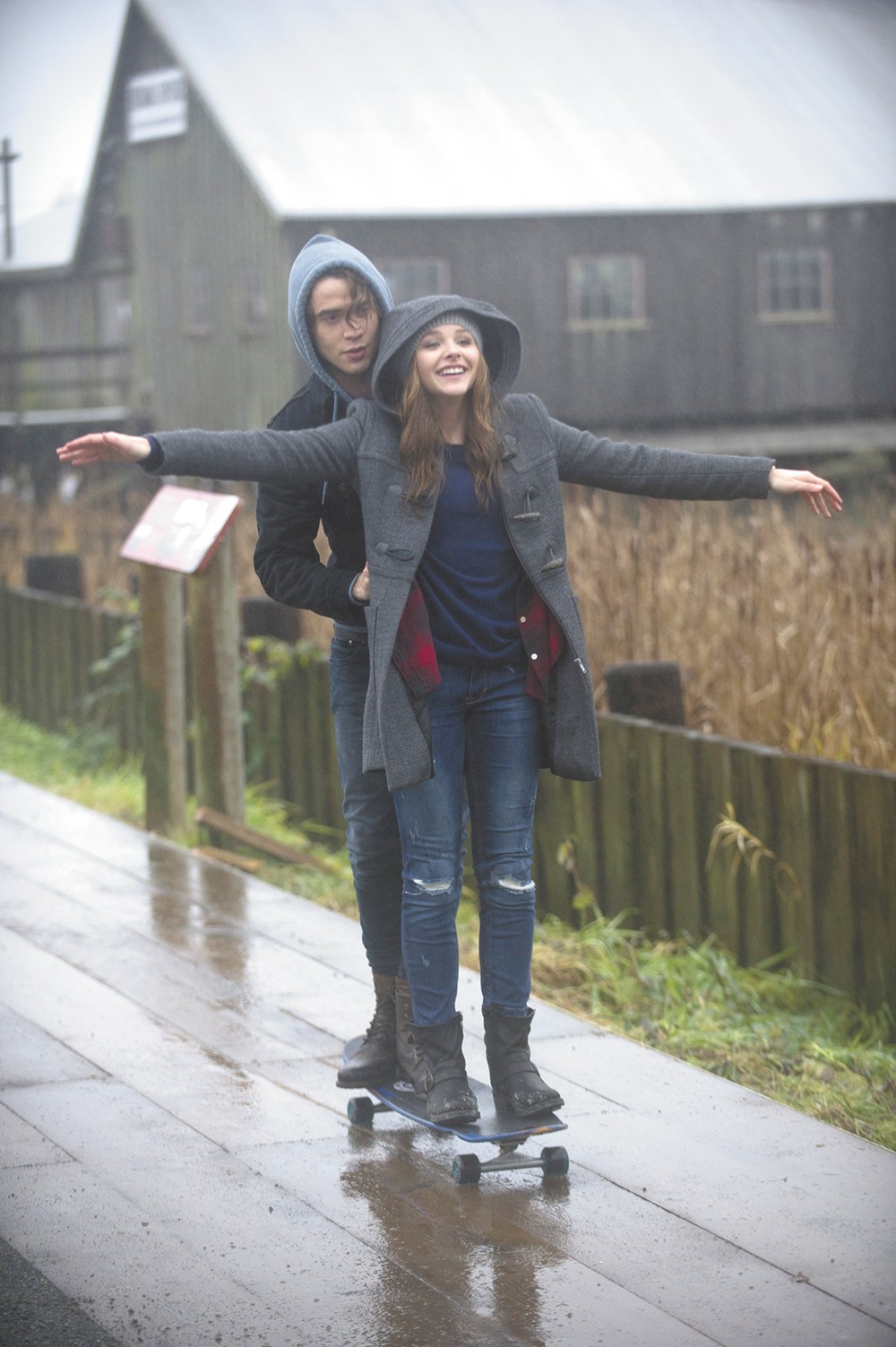 That Titanic move never gets old.

For a movie lover,

the journey down the road of reading source material is a perilous one. It's axiomatic that a movie is not a book or a stage play, and that two artistic forms often demand different approaches. But it also forces a deeper interrogation of what "works" in art, and why. What does it mean to be "faithful" to the source material? And how much is it possible to separate the story from the way a given artist tells that story?

In many ways, director R.J. Cutler's adaptation of Gayle Forman's young-adult novel If I Stay is scrupulously faithful to its source material. It's the story of 18-year-old Mia Hall (Chloë Grace Moretz), a cello prodigy awaiting news of whether she's been accepted to Juilliard. But then she's on a family car trip with her parents (Mireille Enos and Joshua Leonard) and younger brother (Jakob Davies) that turns tragic. Mia awakens from the wreckage of an accident on an icy road to find that she hasn't actually awakened: Her body is in critical condition, and her out-of-body experience allows her to see the life to which she'll return if she chooses to fight for that life.

Like Forman's novel, Shauna Cross' screenplay weaves its way between flashbacks and the events at the hospital where Mia lies comatose. We see the beginnings and arc of her romance with Adam (Jamie Blackley), an on-the-rise rock band frontman who sees a kindred spirit in Mia's passion for music. And eventually we see that the weeks before the accident found Mia at a crossroads, as her own musical future in New York puts tension on the future of her relationship with Adam.

If I Stay is often truly lovely in its small character moments — which is somewhat surprising, considering Cutler's primary directing experience has been with documentaries (The September Issue), and not with actors. There's an unusual, spiky chemistry between Moretz and Blackley that hints at the occasional conflict between their respective musical worlds, while Leonard and Enos get some terrific scenes that allow their rebel history to inform their parenting without turning them into clichés of the "cool parents."

Yet there are times when If I Stay seems incapable of duplicating what was so powerful in Forman's prose. There's an almost elegiac stillness to much of the book, even as the extracorporeal Mia wrestles with devastating loss and witnesses the anguish of those around her. That's a tone filmmakers generally are afraid to attempt, and Cutler is no different.

Perhaps it's nitpicking to expect so much from If I Stay, especially when it's so generally effective as a different kind of teen romance, and as a celebration of familial love in the broadest sense of the term. A movie is not a book, and the mournful feeling evoked by a writer's words on a page is a much harder trick to pull off in a studio-approved adaptation. ♦

If I Stay is not showing in any theaters in the area.