If you're not convinced that Spokane could use a high-speed roadway linking downtown to the North Side, take a spin along Division Street during rush hour.

More than 43,000 vehicles a day lumber through stop-and-go traffic on Division between Euclid and Francis Avenues. It's the city's most crowded north-south arterial. Washington State Department of Transportation officials say the long-planned North-South Freeway would not only create jobs, cut travel time and reduce air pollution, it would also relieve some of that damned congestion, too.

It's high time, say business advocates and lawmakers, to finish the freeway, and it looks like they may finally have their chance to see the project to fruition. On Oct. 29, Gov. Jay Inslee and leaders from the House and Senate will meet in Olympia to hammer out a transportation revenue bill that would include funding for the freeway. Inslee is hoping to call a special session of the Legislature this November to pass a transportation package.

"I am most eager to get this job done by the Apple Cup," Inslee said, referring to the Washington-Washington State football game on Nov. 29, before a roundtable of business and community leaders at the downtown Spokane library last week. "There are no excuses for inaction here. None."

Progress toward finishing the freeway has been tortuously slow. The idea for a 60-mph highway, hurtling commuters and freight northward and southward through Spokane, was conceived almost 70 years ago. However, it wasn't until 2001 that the first phase of the corridor finally broke ground. Now, more than a decade later, the northern half of the freeway — 5.7 miles stretching from U.S. Highway 395 at Wandermere to Freya Street north of Francis Avenue — is finished and open for traffic.

Since 1998, the North Spokane Corridor, as WSDOT calls it, has received $615 million in state and federal money. The corridor currently needs $1.3 billion for completion, including $750 million for an interim connection to I-90, the department's current emphasis.

"For lack of better words, it's cash flow," says Al Gilson, communications manager for WSDOT's Eastern Region, regarding the corridor's biggest hurdle. "If it takes 20 years to get that amount of funding, it'll take 20 years to build it."

Earlier this year, House Democrats pushed through a $10 billion transportation package that included a 10.5 cents-per-gallon gas tax increase to finance road improvements and allocated $480 million to North-South Freeway. But the bill was never brought to a vote in the Senate. Inslee was disappointed at the time; this time around, however, he says lawmakers will start with a "blank slate."

"We're back to Square One trying to design this package and get votes for it," he said.

Designing a package that Republicans and Democrats can agree on, of course, is easier said than done. In the House, for example, only one Republican, Rep. Hans Zeiger of Puyallup, voted for the transportation package.

"If we don't have any bipartisan support, we'll miss a chance that won't come around for a long time to get this corridor complete," says Rep. Marcus Riccelli, D-Spokane, a member of the House Transportation Committee. "A couple folks on the other side of the aisle are going to have to take a tough vote."

The consensus among Democrats is that funding transportation projects will require a new revenue stream. "While imperfect," Sen. Andy Billig, D-Spokane, says the gas tax "is the best funding system we have at the moment." But conservative Republicans bristle against the idea of implementing a new tax. They also want to see transportation funding and policy reforms before they'll consider new revenue.

"My priority first is to fix it before we fund it," says Sen. Michael Baumgartner, R-Spokane. "Right now, it costs more to build a mile of road in Washington state than it does in almost any other state in the country because we self-impose some very high costs. I think if we reform how we spend on our transportation dollars first, we can have a lot more funding." ♦ 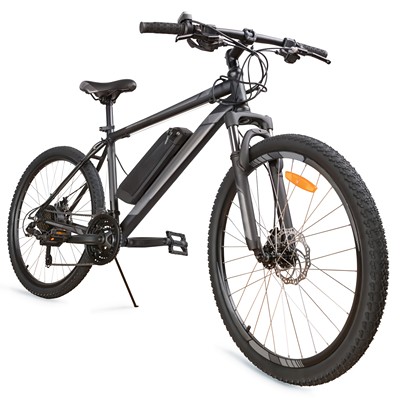