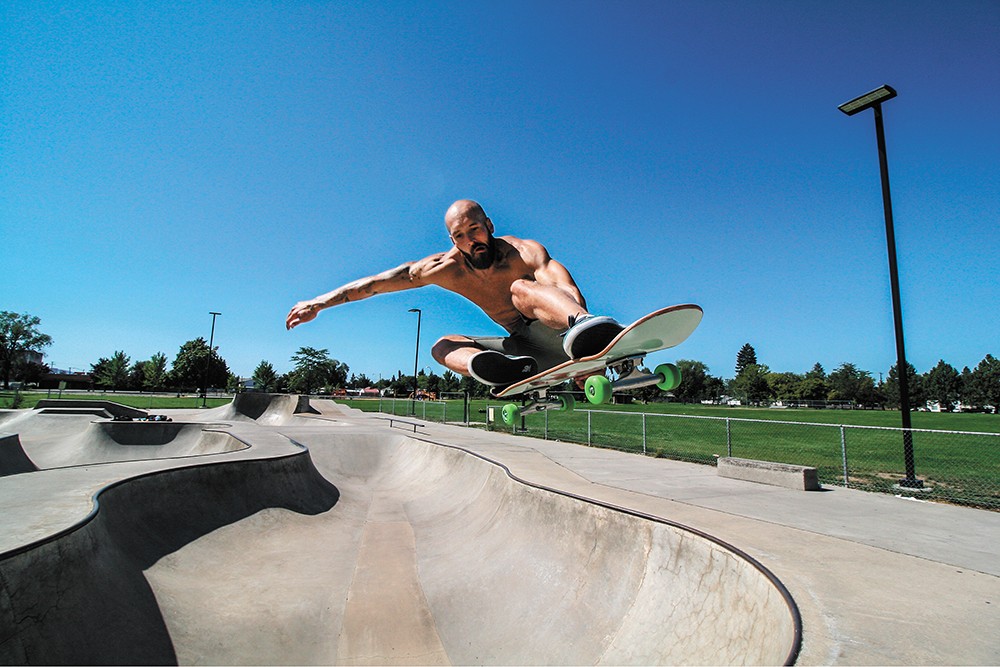 Nestled in the northeast corner of Harmon Field,

the Hillyard Skateboard Park crams plenty of features into a moderately sized plot of concrete. The coiled bowl wraparound offers enough drop-ins to fulfill the needs of boarders and BMXers. The bowl shelves plenty of stairs, pipes, rails and corners to satisfy some of a freestyler's demands, but the park is seen as the ideal location for transition boarders.

Opened in 2003, the 12,000-square-foot park thrives in the spring and warm Spokane summers. Three years ago, the park was paid a visit by living legend Tony Hawk, whose skating foundation helped fund the project. Hawk brought his Birdhouse Left Coast Tour to showcase one of the best bowls in the region.

"It's a great park," Pistole Boardshop owner and skater Josh Yandell says. "When Tony Hawk was there, he got worked in the 9-foot bowl and got his bell rung. So if it's challenging Tony Hawk in spots, it's challenging everybody. The guys who skateboard at Hillyard are gnarly skateboarders, hands down. It's steep and aggressive."

The park took a major step forward with the addition of lighting over the past year, providing some much-needed late-night skating during the peak summer season.

"The lights are a game-changer," says Yandell. "Now kids can go out and skate at night instead of [hanging out in] the 100-degree weather."

The park has been a vital part of rebuilding the Hillyard neighborhood, and it's now more important than ever, since the demolition of the Under the Freeway skatepark a year and a half ago.

There are beginners' sections inside the park, which has notably helped advance the skill set of young skaters. "Kids who go there to start can go on to any park rocking and rolling," Yandell says.