Hal Holbrook's a dozen years older than Mark Twain ever was. He’s still laughing at death. 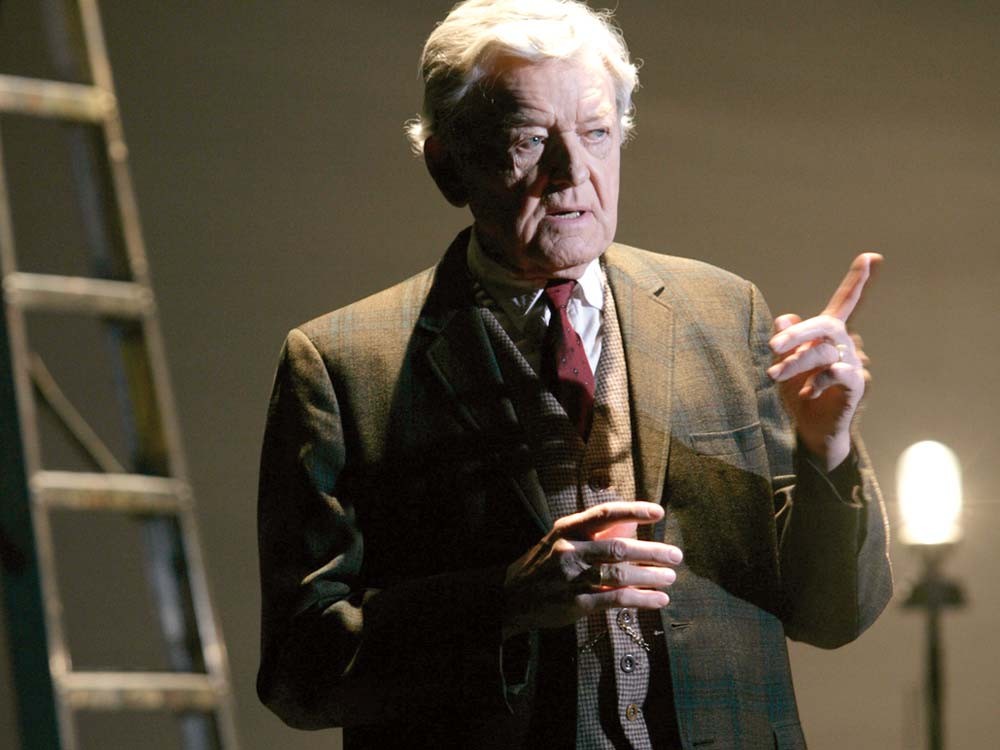 Hal Holbrook has been portraying Mark Twain for 55 years.

Mark Twain mentioned Spokane in a speech once. Happened about five years ago.

Well, not exactly Mark Twain — this was Hal Holbrook, the actor, the one who’s been portraying Samuel Langhorne Clemens in one-man shows for 55 years now.

Last time he was around here was in 2006, at Northern Quest Casino. Speaking to a national TV audience at that year’s Tony Awards, Holbrook went into storytelling mode: “I got a letter in my dressing room in Spokane last week,” he said. Seems a Twain expert had written Holbrook, recounting a story about a pilgrimage that the professor had made to the great writer’s grave in Elmira, New York. He’d gotten lost, but one of the locals pointed out the way — helpfully adding, just as the professor turned to go, “You know that old actor who played Twain for many years? I believe he’s buried up there, too.”

Which of course was Holbrook’s cue: “So now, at last, I can also say that the report of my death has been grossly exaggerated.”

The report of Clemens’ death stopped being an exaggeration when the world-renowned author died at age 74 in April 1910. Exactly a century later — last April 21st — Holbrook was set to commemorate the occasion by performing a special version of Mark Twain Tonight! for a large audience at the Twain House and Museum in Elmira.

He’d been booked, of course, years in advance.

But there was a problem: Just 11 days before, Holbrook’s wife, Dixie Carter (Designing Women), had died.

“I didn’t know if I could manage to hold myself together,” Holbrook says. But he did manage — and now, speaking by phone from Los Angeles, he starts to recreate some of the remarks he made at that day’s ceremony.

“Mark Twain didn’t wear his heart on his sleeve,” Holbrook says. “He wouldn’t get up and lecture the audience, or weep or cry or go on about things. But he talked about things that bring tenderness and sadness and loss to mind….”

And then Holbrook launches into one of his Twain monologues — characteristically both funny and sad — about Clemens asking for Olivia’s hand in marriage and being turned down several times by her father.

The potential father-in-law had asked several of Clemens’ friends and business associates for references. “Each one had been frank to a fault,” Twain recalled. “They spoke of me in disapproval, and were enthusiastic about it.”

Eventually, of course, Olivia Langdon’s father agreed to the match, and she and Sam were married. “And for the next 34 years,” Holbrook says over the phone, his voice wavering, “‘Wheresoever she was, there was Eden.’” It’s a line from Twain’s “The Diary of Adam and Eve,” though scholars have long interpreted it as Clemens’ tribute to his wife.

On the other end of the phone line, Hal Holbrook was in tears.

It's been 35 years since Holbrook played Deep Throat in All the President’s Men. (At that point, he’d already been playing Twain onstage for 20 years.) Next month, in the bookend scenes of the film Water for Elephants, he’ll play the elderly version of the central character. (Holbrook just turned 86.) “I’m very taken by what I did in those two scenes,” he says. “The acting is as good as anything I’ve done” — even though it involved memories of his character’s dead wife.

Fortunately, he has other memories that make him laugh — like the one in Elmira, about how they think he’s already dead and gone. Reports of the demise of Hal Holbrook’s acting career have also been grossly exaggerated.