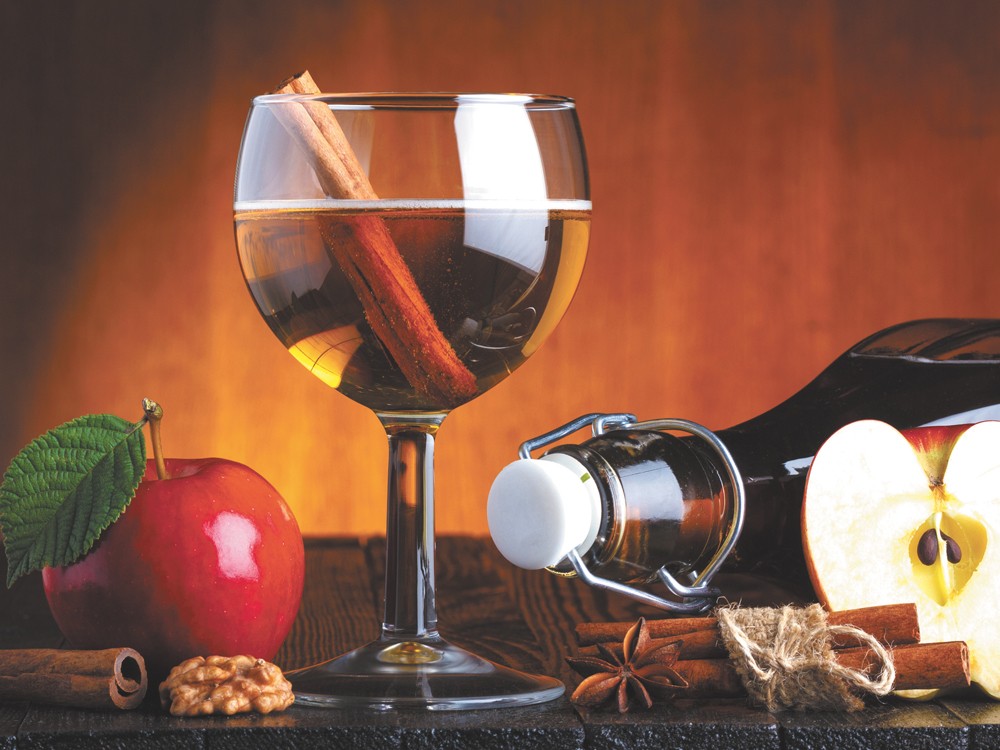 Music critics will soon, or already have, released their best-of music lists for 2012. Stay above their influence by creating your own playlist. Start by compiling your top 10 albums, then select the top 10 tracks. Leave room for three to four stragglers — good songs from all-around crappy albums. Voilà. You have a Best of 2012 playlist to document a year of music, life and experiences that once was. (JORDY BYRD)

Stock up on liquor. Most stores are closed on Christmas Day, and you don’t want to be caught mid-conversation with the creepy uncle who pinches all the female relatives’ asses without a strong glass of something in your hand. The good news is, last year Washington voters approved the sale of liquor pretty much anywhere. This year, celebrate sweet baby Jesus’ birthday (or whatever) with a fierce glass of hot spiked cider.

Pour water into a large saucepan and bring to a boil. Remove from heat and toss in the orange spice tea bags. Cover and let steep for five minutes. Remove tea bags and stir in sugar, apple cider, rum and cinnamon sticks. Heat just to steaming — do not boil. Recipe makes six servings. (JB)

Holidays are stressful. If you can avoid the fuss of traditional dinners, lengthy Christmas masses and watching children bulldoze through boxes of gifts — do. Christmas is your day to celebrate the birth of your savior, eat at a Chinese restaurant, give cheeky thanks to the flying spaghetti monster or simply fart around the house in peace.

Delight in the lack of political commercials on your television. Create a list of New Year’s resolutions you will ignore completely or tape to your mirror and pretend that the act alone is effort enough. Watch crappy YouTube videos.

Vow to exercise, tomorrow, and burn off the countless glasses of eggnog and slices of pumpkin pie you devoured this holiday season. Better yet, sit around and enjoy the mere company of your friends and family and think about all the poor suckers who have to work today. (JB)

The corporate iconography of Christmas is Santa — a man dressed up in a costume. Keep the tradition and patronage to men in costumes alive this holiday season by watching a drag show. The queens of downtown Spokane will impress you with more glitter, glitz and glam than could possibly fit atop one Christmas tree. Bring an open mind, a sense of humor and dollar bills to tip the hard-working performers.

Plus, the the dance floor at Irv’s is open until 2 am — even on weeknights — which means you can practice your pre-New Year’s dance moves in an accepting atmosphere. Host Nova Kaine and Le Gurlz perform every Wednesday at Irv’s, $5-$10, 10 pm, 21+. (JB)

If you find traditional holiday musicals and movies have grown trite, pay a visit to the Coeur d’Alene Summer Theatre. This year, the troupe will present Cool Yule, an original holiday musical written by North Idaho director Roger Welch.

The humorous musical revue peeks into the inspirations behind beloved holiday songs and celebrations, yet pays tribute to classic songs like “The Holly and the Ivy,” “Santa Baby” and “O Tannenbaum.” The production is sure to be heartwarming, but not sickeningly so. Catch a performance at the Coeur d’Alene Resort, $27, 7:30 pm, all-ages (JB)

Hopefully they’ll take their gloves off and fight until the whistle blows. Hopefully, for one night only, the referee will let the goons run the game. Hopefully, that very game will end in overtime with a shootout. Hockey combines the graceful elements of figure skating, the aim of lacrosse and the sheer brutality of boxing to create the perfect sport on ice. Watch the Spokane Chiefs take on their Canadian rivals, the Kootenay Ice, at the Spokane Arena, $9-$21, 6 pm, all-ages. (JB)