Fifteen summers later, the Men in Black franchise delivers its best film yet. 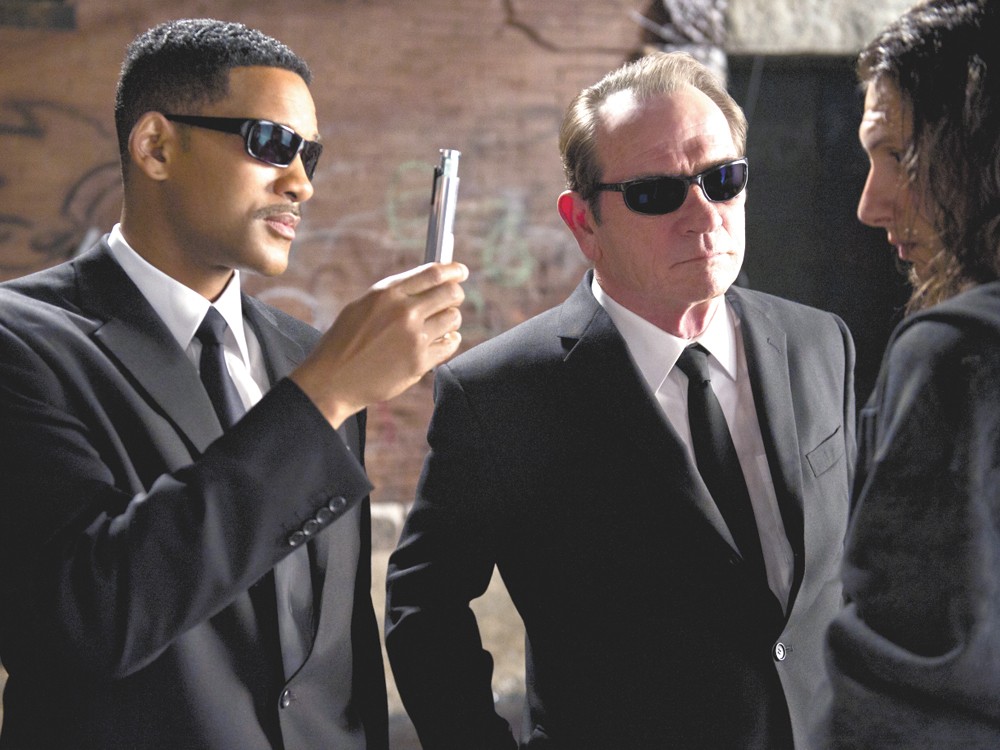 Movies about the alien-hunting, Earth-saving Men in Black don’t come around very often. The 1997 original, which introduced the duo of Agents J and K (Will Smith and Tommy Lee Jones, respectively), combined a compelling and funny story with dazzling effects and lots of laughs. The 2002 sequel relied far more on just the effects and laughs. It would be a challenge to find someone who could tell you the plot of MIB2.

But that’s all been fixed in MIB3. This second sequel keeps the laughs, keeps the gadgets and creatures, but also spins a good story, one that explores the unexplored relationship between the two protagonists.

First off, though, there’s a spectacular escape from an extremely maximum-security prison on the moon, where malicious and malevolent Boris the Animal (Jemaine Clement) has devised a foolproof cliché of a plan involving something hidden in a cake. Boris, by the way, is a Boglodite assassin, in fact the last of the Boglodites, who lost his arm to and was imprisoned by K some 40 years earlier. In conjunction with his longplanned escape is his vengeful declaration to go back through those years to kill K “before he takes my arm.”

So we get stories of time travel and something going askew with the timespace continuum, and side plots involving “unlicensed extraterrestrial foodstuffs,” a possible alien invasion of Earth, the Chrysler Building and what happened on July 16, 1969 (Google it if that date isn’t ringing any bells).

Boris vanishes, suddenly everyone but J believes that K has been dead for 40 years, and J makes a marvelously filmed leap off the Chrysler Building, which sends him back to just before Boris will do the nasty deed. This introduces us to the much younger version of K, astoundingly played by Josh Brolin who, along with some prosthetic work on his chin, forehead and earlobes, does a spot-on vocal and mannerism imitation of Jones.

One gimmick is that though J knows who K is, K has no knowledge of this young upstart. It’s here that the film starts to explore what happened to him in the ensuing years.

It’s also here, in the summer of 1969, that the filmmakers really get to play. There’s Times Square as it used to look, there are the sounds of the Stones and Status Quo and the Velvet

Underground. We also get a visit to a Be-In at Andy Warhol’s aluminum foil-decked Factory, and even a cameo by Warhol (Bill Hader in a white fright wig).

What’s most amazing is that Smith and Brolin manage to latch on to the same chemistry that Smith and Jones shared in the earlier films. But forget those for now. This one’s the best of the series.