A grim economy means 'a whole new world' on the streets. 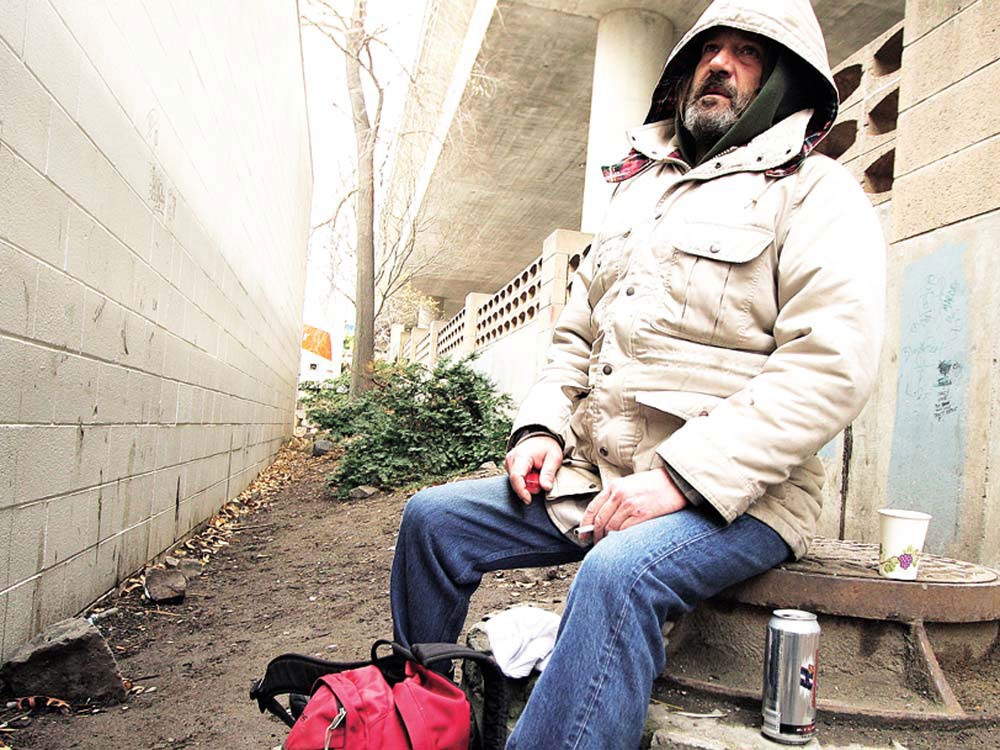 Young Kwak
Terry Vaara, photographed last fall, has been homeless off and on for 17 years

The grim statistics of continued high unemployment and barely perceptible economic recovery are becoming more visible on the streets of Spokane and Coeur d’Alene.

More people are outside in homeless or transient encampments around downtown Spokane than have been seen in several years,

“The need has definitely grown stronger each year. If we had the money to build another House of Charity, we would build it,” because it would be filled up, says Ann Marie Byrd, director for development for Spokane’s Catholic Charities.

The House of Charity is downtown Spokane’s homeless shelter for men. Its 108 beds are always filled with a lengthy waiting list to boot. On any given day, there are as many as 1,500 homeless in Spokane.

The state’s enormous budget shortfall, projected at $4.5 billion and growing, has led to cutbacks in the minimum general assistance from $339 a month to $258. This will only put more people on the street, Peeler suspects. “We have a hard time finding housing now for people who are in that category.”

Bill Henderson, one of two paid staffers at CdA’s Fresh Start, says new faces are turning up at the drop-in center. Some are young people drifting around the country, others are locals who have lost a job or had some other financial crisis drive them to seek out services.

“It’s a whole new world out there,” says Byrd of Catholic Charities.

“We are seeing a whole new population of people who were once doing OK and are now thrown into crisis.”

Some of the remaining events in Hunger and Homeless Awareness Week include:

Friday: Three events at First Covenant Church, at Second and Browne in downtown Spokane. Spokane Mental Health’s Homeless Outreach Team will be accepting donations of winter wear from 10 am-4 pm.

The Department of Social and Health Services (DSHS) will park its mobile services office at the church. People will be able to connect with the services they need without having to travel to as many as 62 different state offices.

At noon, there will be the annual memorial service for homeless people who have passed away during the year.