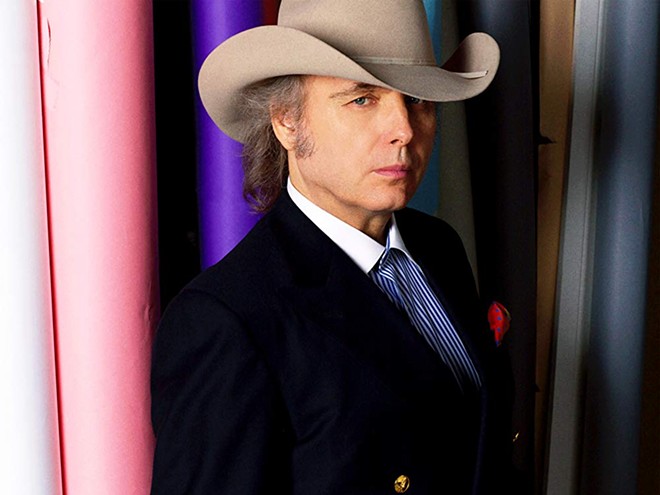 Dwight Yoakam is playing Spokane Sept. 20 at the FIC.
Dwight Yoakam has always been the personification of country-cool, and he's bringing his killer band, hiccuping vocals, rootsy style and predilection for unexpected covers to Spokane in September.

Perhaps best known for his devotion to the "Bakersfield sound" and his past collaborations with Buck Owens, Yoakam has always straddled the line between country and rock. In his early years, he was embraced by both mainstream country radio and the hip "cowpunk" crowd, and he still has the ability to throw a show that is as pleasing to honky-tonk purists as it is to your friendly handlebar-mustached hipster bartender. I've seen him play headlining shows and festivals alongside insanely diverse lineups, and he always is a treat.

To date, Yoakam has sold more than 25 million albums, charted 14 songs on Billboard's Top 10 country singles chart, and another 26 tunes have hit the Top 40. A few month's ago, Yoakam was inducted into the Nashville Songwriters Hall of Fame, and his a former Artist of the Year recipient from the Americana Music Association.