What happened to Hootie without the Blowfish? Country music, actually. 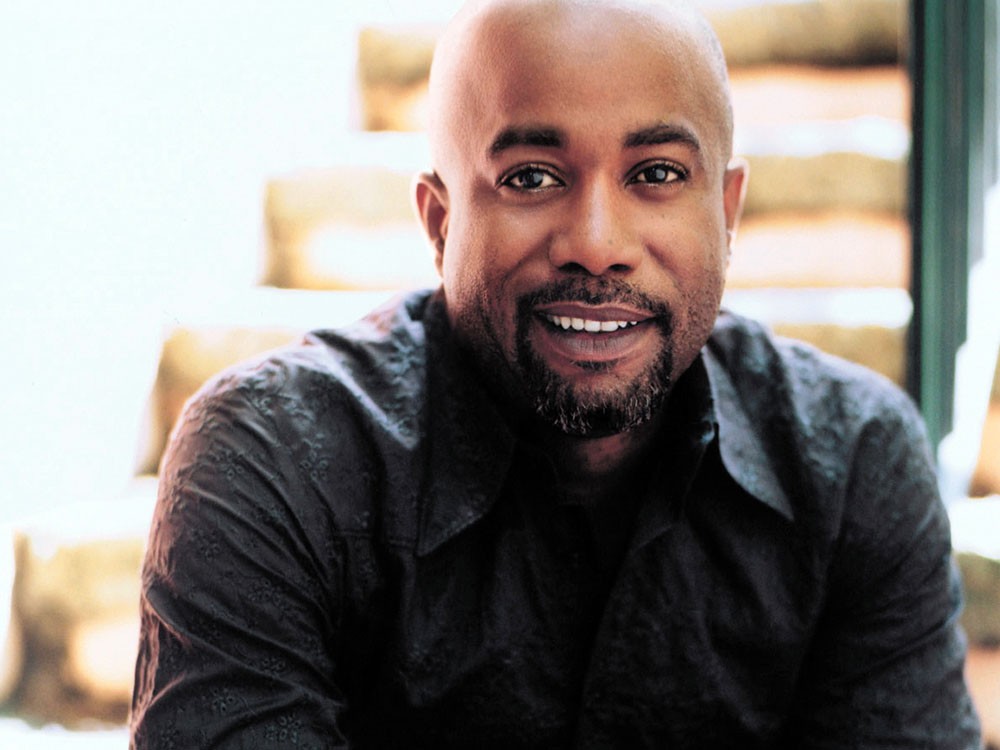 Darius Rucker, who spent two decades as the singer for Hootie and the Blowfish, didn’t think going country would do much for his career.

But when he delved into country music, he stepped right into a major-label record deal and quickly landed tours with Brad Paisley and Rascal Flatts.

It all came as a shock: Rucker actually expected to release his first country record on his own because he didn’t think any major label would sign him.

But, it seems, a whole lot of people can make sense of Rucker being a country singer. Since releasing his debut album on Capitol Nashville in fall 2008, the singer has seen three singles — “Don’t Think I Don’t Think About It,” “It Won’t Be Like This For Long” and “Alright” — go to No. 1 on the Billboard country charts. His album, Learn To Live, has been sold 1 million times and reached No. 1 on the country charts. And Rucker spent much of the last two years opening for Paisley and Rascal Flatts — two of the biggest country acts.

With a second solo album on the way in October, Rucker is enjoying a level of success he hasn’t seen since 1994, when Cracked Rear View catapulted Hootie and the Blowfish from regional popularity to national college rock sensations. That album sold more than 15 million copies.

It was the kind of phenomenal success that was virtually impossible to repeat, and sure enough, Hootie’s record sales came down to Earth. The band remained a popular draw right up until three years ago, when the group decided to take an extended break.

For Rucker, this meant it was time for him to do something he had talked about with his Hootie bandmates. To him, the move to country never felt like much of a stylistic leap.

“I always thought we were about as close to country as you could be without being a country band,” Rucker says of Hootie. “I always thought we wrote kind of story songs. That was always the knock on me and the band, that I brought in country songs that they had to turn into rock and roll songs.”

But once his deal with Capitol was in place, Rucker found out that writing and recording a country record was quite different from what he knew.

“The big difference for me was the co-writing thing, because in Hootie, even though all of the songs were credited as co-writes, there never were many songs that were written by two of us sitting in a room,” Rucker says. “Somebody would bring a song in and (as a band) we’d turn it into what it is.”

“Even touring, it’s all different,” he says. “When you tour rock and roll, with Hootie and the Blowfish, we’d go out and be out on the road for five months and I’d go home every two weeks for a day, if I was lucky. With this country thing, I’m home every week, two or three days a week every week. That’s pretty cool.”

On Learn To Live, it’s easy to see how Rucker would feel at home with his new songs. He does apply a bit more twang to his sound than in Hootie, but his melodic, heartfelt ballads such as “Don’t Think I Don’t Think About It” and “It Won’t Be Like This For Long” will sound familiar to fans of his group’s hit songs. And when Rucker kicks up the tempos, as on songs like “Forever Road” or “Alright,” the results are equally easy on the ears.

“I play whatever I feel like playing,” he says.

“We play most of [Learn To Live], of course. There are three or four Hootie songs I have to play. I think I’d be ripping people off if I didn’t play ‘Let Her Cry’ or ‘Hold My Hand,’ you know what I mean?”