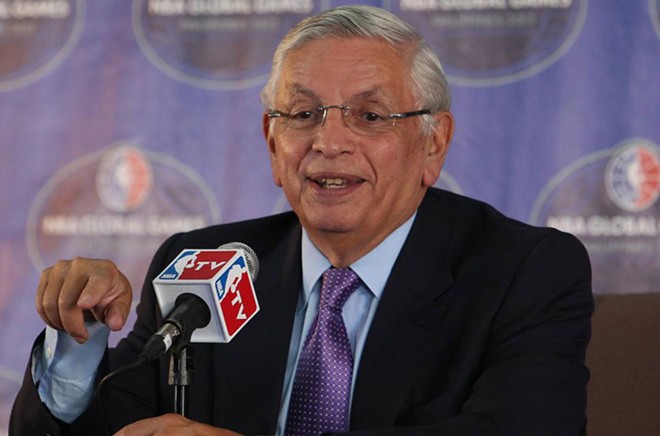 While the NFL seems to be the most watched sports landscape regarding the medical marijuana debate, the NBA could be the league that pioneers how the three major sports leagues treat the drug.

Last month, former NBA commissioner David Stern appeared on the athlete-run multimedia platform Uninterrupted in an interview with Al Harrington, who played for seven teams in his 16 NBA seasons. Stern told Harrington, now a cannabis entrepreneur, that the medicinal benefits of cannabis are too hard to ignore.

"I'm now at the point where, personally, I think [marijuana] probably should be removed from the banned list," Stern said. "I think there is universal agreement that marijuana for medical purposes should be completely legal."

In his reign as NBA commissioner from 1984-2014, Stern was responsible for increasing the severity of some of the league's substance abuse penalties. But he says that the view of the drug has changed throughout not only the league, but the country.

"It's a completely different perception," Stern said. "I think we have to change the Collective Bargaining Agreement and let you do what is legal in your state. If marijuana is now in the process of being legalized, I think you should be allowed to do what's legal in your state."

That argument seems reasonable, seeing how players' game checks are taxed based on the state they perform in. And Stern's endorsement, while the most significant so far, isn't the only major contemporary voice to come forward as pro-cannabis.

Minnesota Timberwolves center Karl-Anthony Towns, the 2015-16 NBA Rookie of the Year, lent his voice to the cause during a recent morning shootaround, because "there's a bad stigma when it comes to marijuana. Obviously, in the right context, in the right form, it's been beneficial for people."

Towns cites his work with autistic children, research and talking with his mother, who is a nurse, as informing his stance on the subject.

"I don't ever say anything without thinking about what I said," Towns told reporters.

Currently, the agreement between the league and the players' association calls for four random drug screenings from Oct. 1 through June 30, a nine-month span including the preseason, regular season and playoffs. Although no tests are conducted during the offseason, a positive test for marijuana results in mandatory participation in a substance-abuse program, with a second infraction mandating a $25,000 fine. Subsequent violations result in a five-game ban.

"I'm very interested in the science when it comes to medical marijuana," Silver said in the August issue of SLAM magazine. "And it's something that needs to be discussed with our Players Association, but to the extent that science demonstrates that there are effective uses for medical reasons, we'll be open to it." ♦