All the highlights and details you need for this year's big basketball weekend, June 25-26 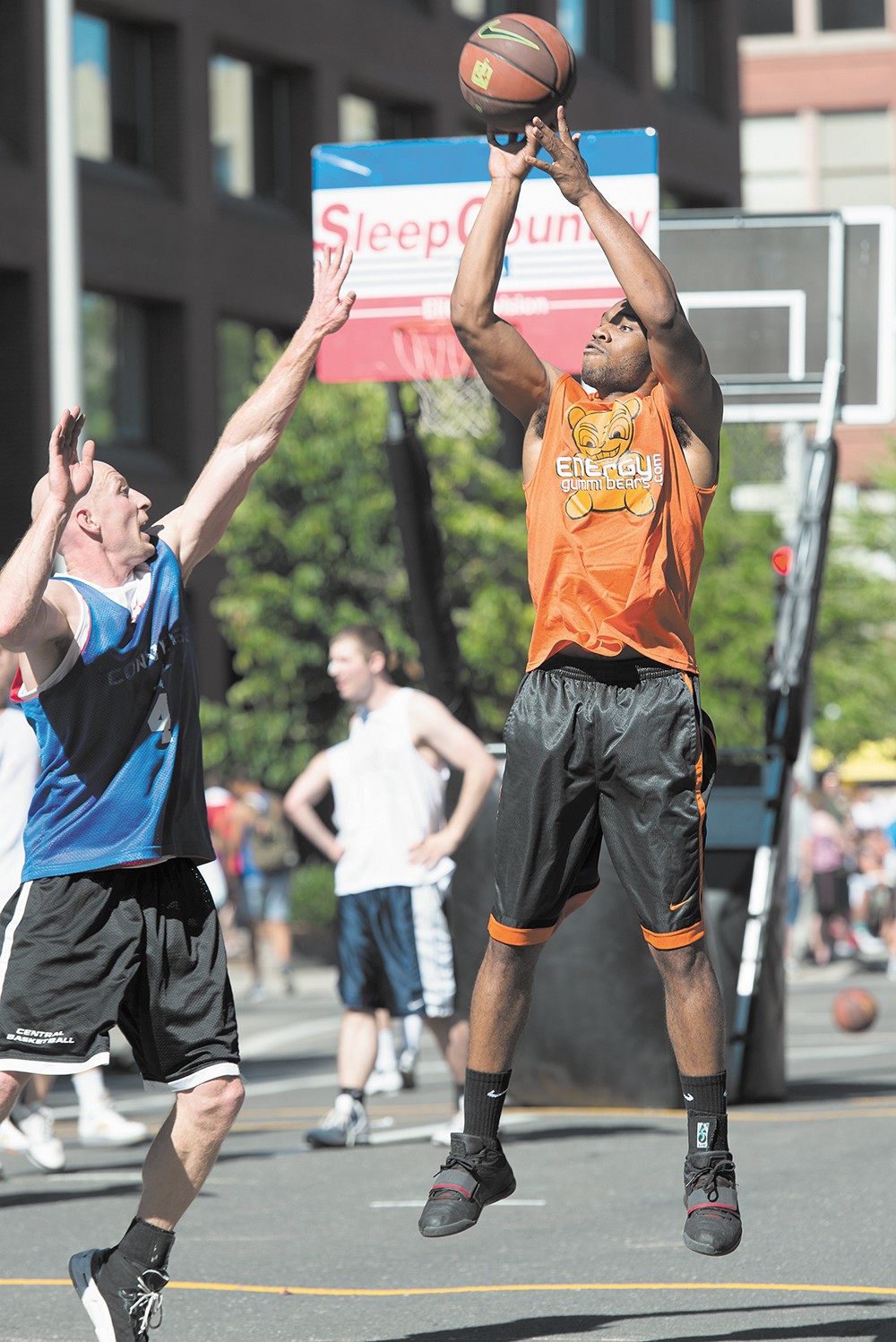 Hoopfest is expected to bring big crowds to downtown Spokane yet again this weekend.

features much of what has made the world's biggest three-on-three tournament such a beloved event in the Inland Northwest, as well as some new aspects. Here's a rundown of what you need to know for the weekend.

In addition to getting your team set for the weekend's games — remember that you can't check in on Saturday! — you can hit up the practice courts beginning at 11 am on Friday. Also at check-in, you'll find the Nike Store, which features new Nike gear you can't get anywhere else, including the first look at the new Nike KD (Kevin Durant) 9.

Friday at 9 pm at the Spokane Convention Center

Following the Alumni Game (see previous page), there's an afterparty featuring craft beer from around the region and beyond. Hip-hop artist Lou Era, a Hoopfest veteran himself, is set to perform at the party. Tickets are available at ticketswest.com and there are packages available for the game and afterparty.

You pay $10 for three half-court shots. Those who can drill it from downtown will progress throughout the weekend and have a shot at winning a Toyota Prius. Must be 18 or older to participate.

If you're 17 or younger, you can participate in this free throw contest ($2 entry) to win an Xbox.

Unless you're playing on Center Court, you can't dunk in Hoopfest, so get your fill of slams at the annual dunk contest. $5 entry fee; sign up on-site.

HOOPFEST BY THE NUMBERS