HOOPS | Get On The EWU Bandwagon

Time to start paying attention to basketball in Cheney 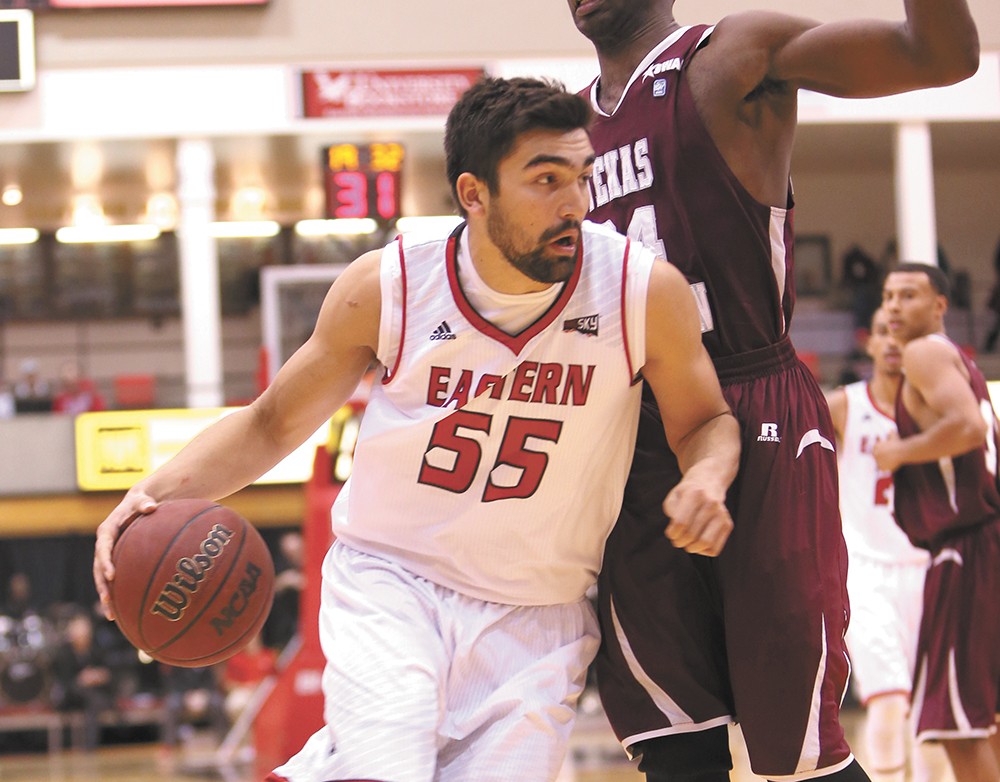 Venky Jois is a key component of EWU's impressive style of play.

but don't let that sour you on the Eagles, because they're your new favorite local team. Well, with the Zags shaping up as a top-5 squad, second favorite is probably more realistic.

There's something special happening in Cheney, where the upstart Eagles, who didn't even make the Big Sky conference tournament last year, have suddenly become one of the better mid-major teams in the country. They traveled to Indiana, coming away with a shocking upset of the Hoosiers, then went to Washington and came within a minute of taking one from the then-No. 17 Huskies. There were two other losses in the recent skid, at Sam Houston State (a solid team) and a stronger-than-expected Cal squad. But let's forget them for a second.

Coach Jim Hayford, who turned Whitworth into a Division III powerhouse before coming to EWU in 2011, puts a delightfully entertaining product on the court. The Eagles score in bunches, much of which comes from Tyler Harvey, a junior guard who's one of the best three-point threats in the country, and Venky Jois, an undersized but slick-as-hell post player who has scored 38 points on two different occasions this year. There are all sorts of role players you're inclined to fall in love with, like Spokane's own Parker Kelly, who has hit some big shots this year, and Drew Brandon, a guard whose hustle and athleticism will find him a place in your heart.

This has to remind you of the early, folksier days when Gonzaga went from underdog to perennial power; a gritty, upstart team that scores a lot of points and has fun doing it. Hayford has all the pieces, and you can expect plenty to hop on the bandwagon as the Eagles head into the Big Sky portion of their schedule, beginning on New Year's Day. The best part? The tickets are still cheap and you can actually buy them at the door.