Golden Hills unveils a beer style's nobody's ever even heard of. Plus, a Mexican food cart in CdA earns a following. 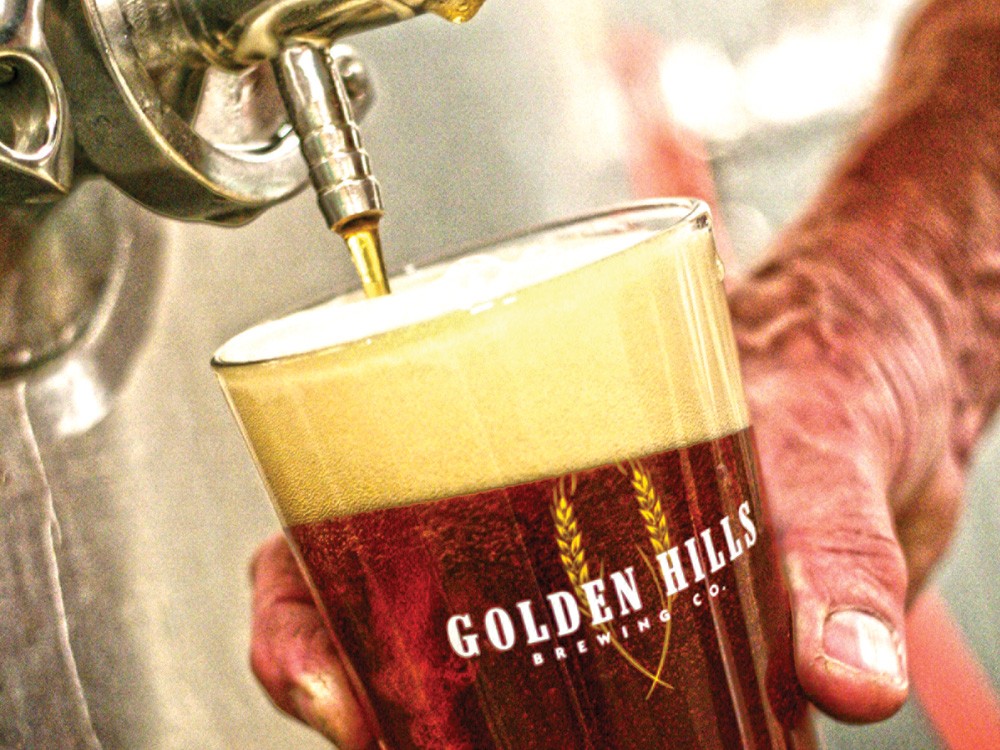 Last Saturday night, Bernie Duenwald was pouring the first commercial keg of Golden Hills Brewing’s new 7Seventy India Pale Lager at Bubba's in Reardan, Wash., making the case that IPLs are so rare as to be the cryptids of brewing. They are seen here and there on search engines — and even more rarely on tap — but live mostly in myth. There was the Avery Brewing one-off of 2010! And the seemingly discontinued Ballast Point Fathom!

Having just missed being the outright inventor of the India Pale Lager, Duenwald has set his sights on bringing it to the masses. He is content to not be its Ferdinand Verbiest, so long as he might still be its Henry Ford.

Stranger things have happened. With his brand starting to take hold in Seattle (Golden Hills beers have popped up at 31 different bars there), and his Spokane distributor (King Beverages) having recently bought up Seattle’s K&L Distribution, Duenwald’s young brewery, located in Airway Heights, seems to have an increasingly stable perch west of the Cascades.

Though it seems like a counter-intuitive mix, the beer itself rates with that other great collaboration: last year’s New Kids on the Block/Back Street Boys joint reunion tour. Everything one loves about an IPA and a lager, separately, is alive, and relatively distinct, in this beer.

IPA fans will be pleased to find a good amount of hop, though slightly more on the tongue than in the nose, while lager fans will get the lightness and exceedingly clean finish they expect in a session beer.

Halfway through keg 1, Duenwald was already predicting a sell-out of 7Seventy’s 360-keg production run for the year. This led him to lean in again, divulging further secrets. Next summer: a lambic-ish-but-not-lambic cranberry lager! The winter after that: Bart’s Black — “a stout … as a lager!” (Luke Baumgarten)

Age is just a number to Orlando Duran. At 72, this great-grandfather of 13 and grandfather of 12 recently reopened Orlando's Mexican restaurant — a strictly take-out or call-in-and-pick-up joint — at the busy intersection of Dalton Avenue and Highway 95 in Coeur d’Alene.

The restaurant is located in a custom-built double-wide (with a drive-through window coming soon), and Duran’s all-scratch menu of Tex-Mex traditions includes small and large combo plates (beans and rice included), like the pork carnitas with beans, pico de gallo, and guacamole ($6.50/$7.50) or the crispy tostadas with a choice of bean ($2.75) or meat ($4).

The Arizona Supreme — a four-inch round assortment of meat, with rice, beans, cheese, lettuce, sour cream, guacamole, onions, olives and tomato encased in a flour tortilla with choice of mild or hot salsa fresca ($6/$7) — is a nod to Duran’s former home in the Grand Canyon State.

That’s where, in 1968, he opened his first Mexican restaurant with his sister and brother-in-law. Over 40 years, between stints driving trucks and raising racehorses, Duran has perfected the family recipes that formed the foundation of his small but satisfying menu.

He’s traded lard for healthier canola oil, he says. He makes a mean veggie burrito ($5/$6), cooking it on a separate grill to eliminate the meat taste. It’s a hearty handful of eggs, beans, potatoes, zucchini, yellow squash, mushrooms, onion and pico de gallo. Of course, with its distinct smoky flavor, chorizo is also a favorite and appears in several breakfast combos, most of which ring in around $5 or less.

Coffee is coming soon, reports Duran, who, before opening in Coeur d’Alene, operated Orlando’s (with a cult-like following) in Hayden from 1993 to 2007. Orlando’s is already gearing up for the holidays with tamales, and they’re looking for a way to add delivery to the restaurant’s offerings. Oh, and catering, too.

Even at 72, Duran shows no signs of slowing down. (Carrie Scozzaro)