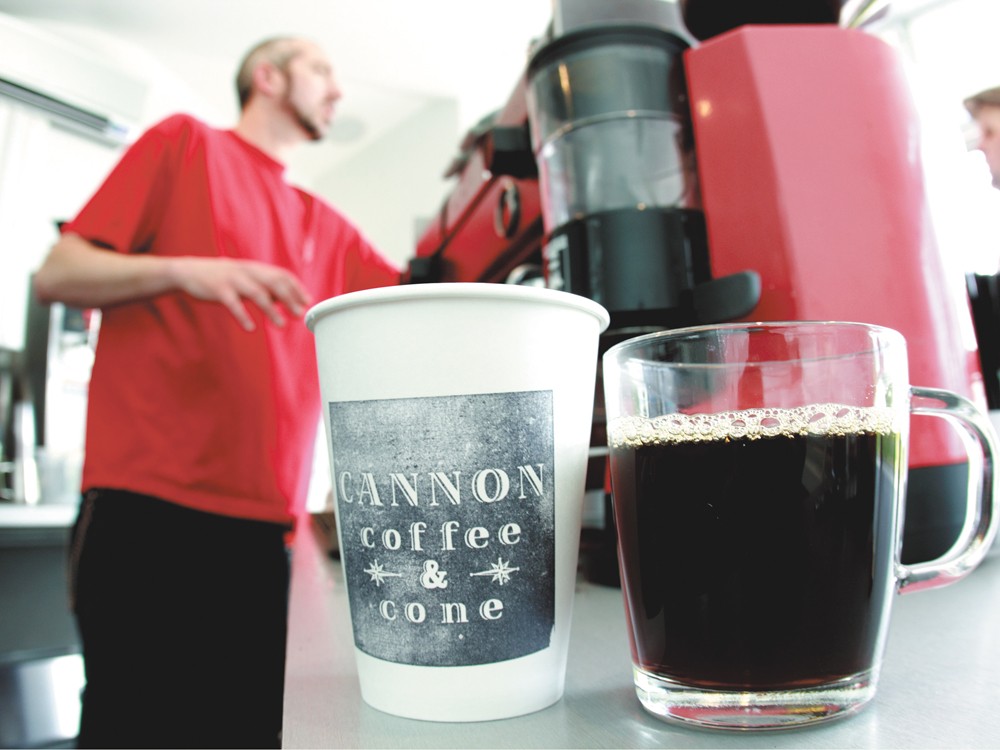 Joe Konek
I n addition to fresh coffee, Cannon also serves up ice cream
Every hip neighborhood needs a sweet local coffee shop, and Cannon Coffee and Cone fills that niche for Browne’s Addition. Better yet, it also occupies one of the most recognized buildings in the neighborhood.

Built in 1960, the Fourth Avenue space was originally a bus shelter for those waiting to go out to Fairchild Air Force Base. It has housed two other coffee shops, the first being one the predecessors to the coffee drive-thru. Most recently, though, it’s been occupied by squatters — for a decade.

“With a little space like this, you’d think there wasn’t much to do to clean it up,” says owner/barista Eric Crow.

Overwhelmed with the work cut out for him, Crow posted ads for help online. That’s when an outpouring of support from the neighborhood came. From ripping out insulation to grounds keeping, folks came out of the woodwork, eager to help a new entrepreneur.

“I had someone down the street edge and mow for free, and he refuses payment. He even comes in every day and spends money. He won’t even let me give him coffee,” Crow says.

The resulting space is cleaned up and cozy. Crow pulls shots behind the counter, which occupies more than half of the shop. Baked treats are available (with gluten-free options), a la Batch and The Shop bakeries. Brain Freeze ice cream provides a steady rotation of both classic and unique flavors, such as strawberry basil, salted caramel with chocolate covered pretzels, and coconut brownie chunk, all of which are available to drown in espresso, affogato-style. Up the ante and ask for the Chuck, which is essentially a mocha float, originally created for Crow’s friend visiting from Portland.

For a limited time, Crow is selling Mug and Cone Club memberships, which scores 24 cones or drinks of your choosing for $55. With several Anvil roasts in-house, he will also be periodically featuring different local roasters. Seating will also expand with the installation of a new patio, perfect for a family outing with the kids.