The probe of last month’s deputy-involved shooting is delayed. Then comes a twist 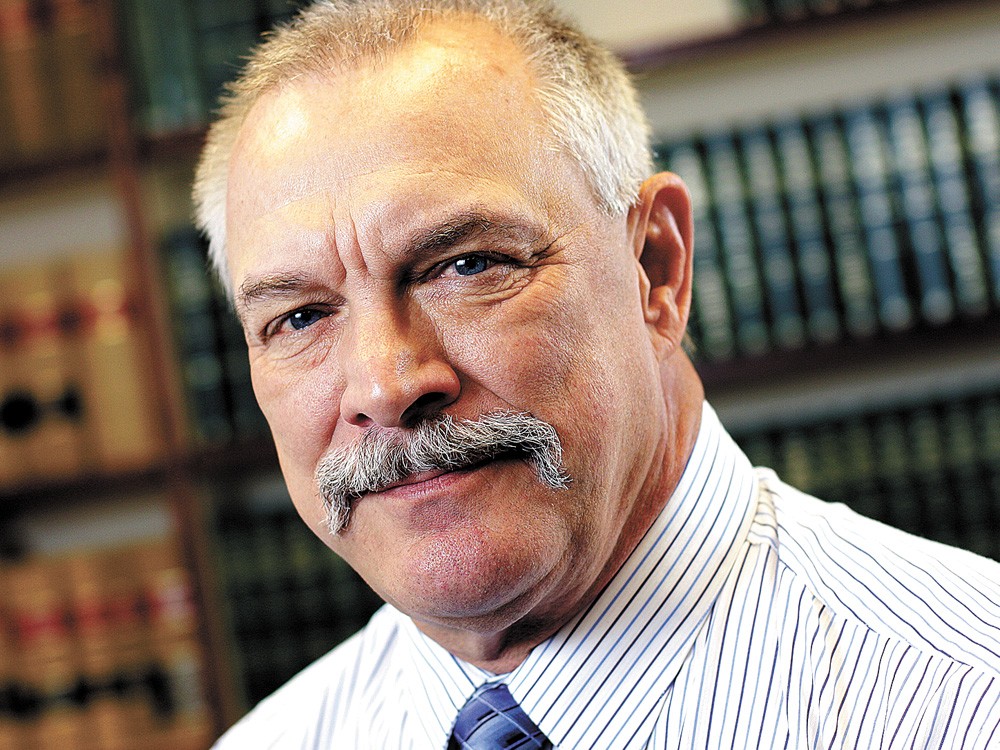 An investigation into a deputy’s fatal shooting of a 74-year-old Valley man was sidetracked this week as detectives awaited lab results. And then came this news: The deputy at the center of the probe is also being investigated for running a sex-toy business out of his home.

This second investigation is unconnected to the shooting and should not affect when information is turned over to Spokane County Prosecutor Steve Tucker. Whenever his office gets the results, Tucker says he plans a quick decision about whether any charges will be filed against Sheriff’s Deputy Brian Hirzel.

During a Sept. 7 press conference, Spokane Police Chief Anne Kirkpatrick announced her agency was hoping to wrap up the investigation of Hirzel’s Aug. 25 shooting of Pastor Wayne Scott Creach early this week. Spokane Police are leading the probe under a critical-incident agreement with the Sheriff’s Office.

On Monday, two things happened. Spokane Police detectives announced they are awaiting forensic evidence about a baton strike Hirzel said he delivered to Creach’s knee in an attempt to get the older man, who was armed with a .45-caliber handgun, to back away.

And then KXLY dropped the bombshell about an online sex products business, Vanessa Allure, run out of Hirzel’s North Idaho home.

Officer Jennifer DeRuwe, a police spokeswoman, said the criminal investigation would be turned over to Tucker by today, possibly without the medical examiner report on the baton strike. Investigators worked through the weekend, transcribing the taped interviews and assembling the evidence already in hand even as they await lab results, she says.

“I think there is a lot of political pressure” to complete the work, she says. There are roughly six weeks until the general election between Tucker and Spokane attorney Frank Malone.

“The timing is awkward with the election coming up.

It’s making everybody speed up. I don’t want to sit on it through the election,” Tucker says.

It may take several weeks for his office to conduct a review. Jack Driscoll, the chief criminal deputy prosecutor, will analyze the investigation findings against different charges of homicide, “and he writes me a complete report,”

Tucker says. This could take up to two weeks.

Then Tucker will review the investigation findings and Driscoll’s analysis before announcing the final outcome.

Tucker is keenly aware of wide public criticism his office is a sort of a black hole where controversial issues disappear and die. Critics cite his lack of charges in the death of Otto Zehm, who died after a fight with Spokane Police.

“I was still receiving reports when the feds stepped in and took the whole thing from me. I never got to make the decision. Yet, as a result, we [now] have one agency doing the other’s investigation. That’s one good thing that came out of the Zehm case,” Tucker says.

Given what he calls the “breakdown in trust” with police from the Zehm and other high-profile incidents over Spokane Police’s use of force, Malone recommends the Washington State Patrol take over the investigation and that the results be turned over to an independent prosecutor.

Aside from the criminal investigation, Sheriff Ozzie Knezovich says Hirzel still faces a range of departmental reviews, including a shooting review board, from his actions on the night of Aug. 25.

And the side business of running an online sex-toy shop — while legal — may violate department policy against “anything that can shed an air of disrepute on the agency,” Knezovich says.

It could be a firing offense, he says, depending on the level of Hirzel’s involvement. The department only learned about the side business from KXLY on Monday, he says.