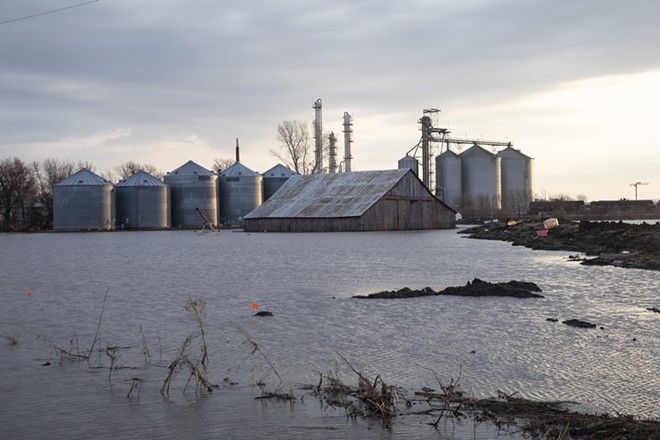 WASHINGTON — The House on Friday again approved a massive emergency relief bill for farmers and communities hit by hurricanes, wildfires, floods and other natural disasters, escalating a standoff with President Donald Trump, who has resisted more aid to Puerto Rico and demanded additional money for immigration enforcement.

Thirty-four House Republicans joined their Democratic colleagues in approving the emergency package, which passed 257-150 and would send $19.1 billion in relief and recovery assistance across the country and give a quick cash infusion to farmers swamped by floods and caught in the president’s trade war.

The package builds on a measure that was initially passed in January, in the midst of a government shutdown, and rejected by the Senate for not accommodating the floods that recently devastated the Midwest. That flood relief was included in the package passed Friday, which should intensify pressure on the Senate to reach an agreement with or without the president.

“Disaster‑struck communities can’t afford the Republicans’ inaction on this,” said Speaker Nancy Pelosi of California, speaking at a news conference Thursday. “Hopefully,” she added, "the combination of our earlier bill and this bill that addresses more recent disasters will be something that they will let us proceed on.”

Senate Republicans on Thursday did offer Democrats some increase in money for Puerto Rico, though it is unclear how much, according to Senate aides familiar with the decision. One Senate aide said it was seen as a promising step for Democrats and that negotiations would continue into the weekend.

But, so far Trump has not softened his opposition to aid for Puerto Rico, which is still recovering from devastating hurricanes in 2017.

Though most Republicans are still voting with the president, their frustration is beginning to show. Rep. Austin Scott, R-Ga., blasted the White House budget office at a House Agriculture Committee hearing Thursday, saying budget office officials “consider the American farmer and the American farm family nothing but subsidy-sucking freeloaders.”

The standoff in Washington is having real-world effects. Puerto Ricans saw their first increase in nutritional assistance expire in March. Coastal states are urgently awaiting reconstruction funding less than a month before the next hurricane season begins. And farmers across the southeast and Midwest are still reeling from floods and tornadoes as they brace for a new round of tariffs.