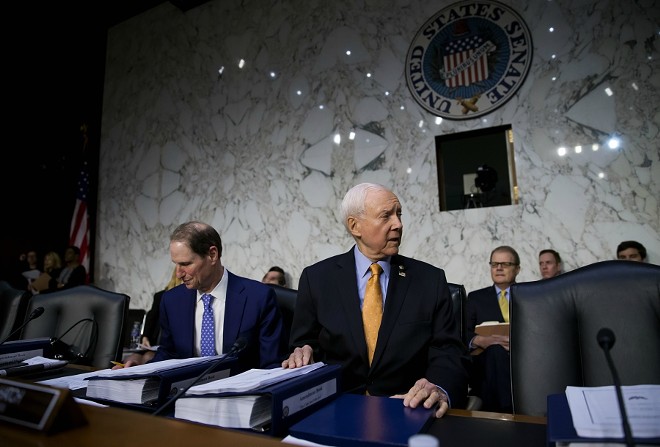 
WASHINGTON — The House passed a sweeping rewrite of the tax code on Thursday, taking a significant leap forward as Republicans seek to enact $1.5 trillion in tax cuts for businesses and individuals and deliver the first major legislative achievement of President Donald Trump’s tenure.


The House voted to 227-205 to approve the bill, shortly after Trump came to Capitol Hill to address House Republicans.

Thirteen Republicans voted against the bill, and zero Democrats voted for it.

The tax overhaul still faces significant obstacles, as Republicans must align the House legislation with a bill that is working its way through the Senate Finance Committee this week and contains big differences that will have to be bridged.

Republicans are under pressure to get legislation to Trump’s desk by Christmas, especially after failing in their attempt to dismantle the Affordable Care Act this year, even though their party has full control of government. Lawmakers also want to push the legislation through quickly to avoid giving lobbyists and Democrats time to mobilize.

Republicans do not wish to witness a replay of their health care catastrophe, during which the House managed to pass a repeal bill in May, but the narrowly divided Senate could never do so.

The House tax bill, which passed in the Ways and Means Committee last week, would cut taxes more than $1.4 trillion over 10 years. It cuts the corporate tax rate to 20 percent from 35 percent, collapses the number of tax brackets to four from seven, switches the United States to an international tax system that is more in line with the rest of the world, and eliminates or scales back many popular deductions, including one for state and local taxes paid.

“For the first time in 31 years we are wiping the tax code clean and replacing it with one that is fairer and simpler for everyone,” said Rep. Devin Nunes, R-Calif., a member of the Ways and Means Committee.

House Republican leaders were unable to win over a number of Republicans from high-tax states like New York and New Jersey, who have fought to preserve the deduction for state and local taxes.