How Low Can You Go?

Just when you think M. Night Shyamalan can’t get any worse... 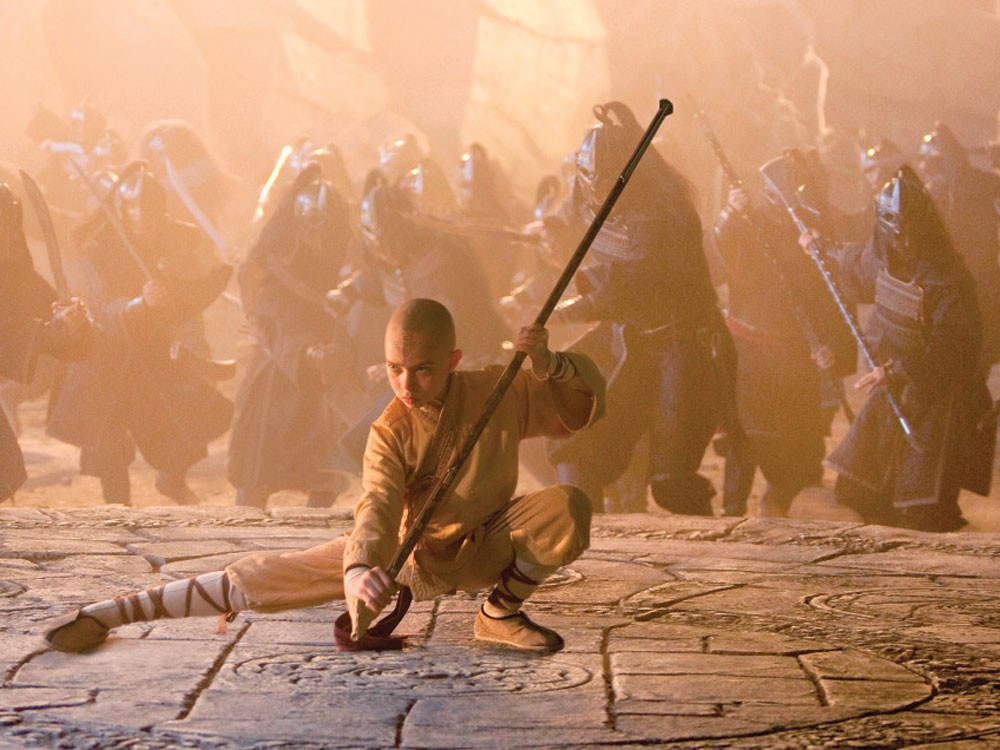 The Last Airbender is awful. It’s so awful, in fact, that director M. Night Shyamalan must’ve actually been trying to present his audience with unprecedented awfulness — a movie so bad that it would boggle the mind. He wanted to leave us shaking our heads and marveling at a terribleness that was not merely terrible, but awful on a level that actually sets a new standard for cinematic awfulness.

Honestly, I cannot explain the jaw-dropping atrocity of this film in any other way. It appears — by all that Ed Wood considered holy — as though Shyamalan simply positioned his inexperienced and incapable young cast in front of a blue screen and shot the first read-through of the first draft of the script. (Flat, lifeless CGI settings would be added later.) The script seems to have been written by an 8-year-old who really, really loves Avatar: The Last Airbender, the pseudoanime American cartoon series this is based upon.

It’s all about, apparently, a little boy, Aang (Noah Ringer), who was frozen in ice for a century, but now he gets defrosted and he’s just fine and he’s gonna be the savior of this alternate world, where some people can magically control the elements — earth, water, fire, and air — and where the Fire Nation are all evil and bent on world domination. You can tell the Fire Nation people are evil, because they’re brown. The good people, like Aang and the deeply annoying and pointless Katara (Nicola Peltz) and Sokka (Jackson Rathbone), who are helping Aang save the world or something, are white. (The source material features characters of Inuit and Asian cultures, and no white people at all; Shyamalan’s defenses of his whitewashing of the film ring hollow.)

I can’t believe that Shyamalan isn’t embarrassed to reveal that he wrote this script as well as directed, because has no idea how to immerse us into the multiple alien cultures and religions he is allegedly introducing us to here. These characters don’t live in their world — perhaps because their world isn’t in the least bit real. The nauseating fake 3D is the least of it, as moments that are meant to be solemn do nothing but induce laughter. Meanwhile, terrible scenes pile up as Airbender’s blank-slate characters become increasingly unlikable. Audience mockery is the only enjoyment to be had from this shockingly amateurish movie.