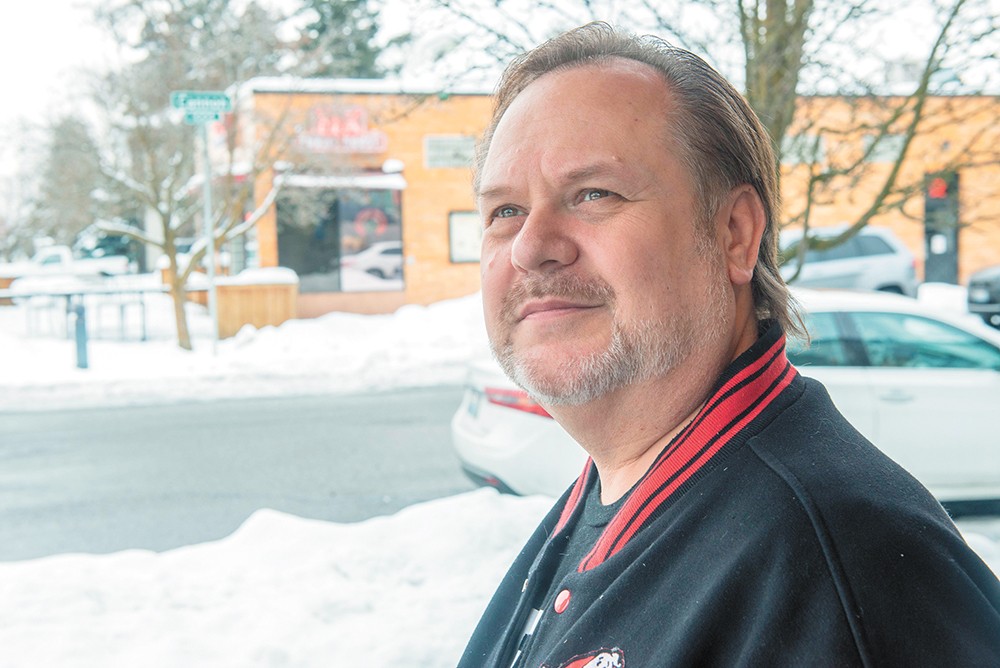 As routes to Instagram celebrity go, Spokane comedian Burr Martin's ascent was unusual. Instead of, say, trying to be a fitness star or fashion maven, Martin went the cosplay route: Specifically, he decided to cosplay as, well, his 19-year-old daughter. The 48-year-old Martin — a guy who looks a little like a good-natured but dorky schlub in a beer ad — started taking selfies in the exact same coquettish poses as his daughter's Instagram pics.

And then one of those selfies — Burr's version of one of his daughter's Instagram selfies with her head cocked, lips pursed and midriff baring a belly tattoo — somehow hit a vein of Internet luck. The selfies went viral.

International news outlets wrote about it. He was invited on Bishop T.D. Jakes' show. He and his daughter were flooded with praise — and the accompanying ugliness. He says he got 14 marriage proposals — though, to be fair, eight of them were from men.

So where do you go from there?

Martin had already been a radio producer. He'd already experimented with an extremely low-budget "talk show" on YouTube, filled with one-liners about current events. He'd already had a solo humor podcast he called Last Week Because, launched amid the popularity.

At first, he experimented with doing the podcast alone or with a variety of guest co-hosts, including his wife. And then one episode, his wife came in with notes. She was prepared. It won her a permanent guest-host slot.

It's a scheduled time, every week, where they're able to put aside most of the chaos from their day, and just talk about life's absurdity. At first, the podcast focused on parenting. He was #SelfieDad, after all. That's what the people wanted, right? But that didn't last long.

"I forced myself to do something I really wasn't interested in," Martin says. "It slowly morphed into, 'Let's just talk about the weird stuff in the world.'"

Today, with 100 episodes under his belt, his podcast resembles nothing so much as a morning radio show. They're the Radiomen. They're Dave, Ken, and Molly. He and his wife riff on comic-book movies and crazy news stories. His youngest daughter — not the one who posted all those selfies — comes on to talk about the hippest slang and news stories that cool kids these days know about, and Martin laughs long and hard at the absurdity of an artist named Blueface, while his daughter groans at her dad's dumb jokes.

Already, his podcast has even produced a spinoff: His wife raises Boston Terriers and she's launched a podcast of her own called Dog Lady Rants. He's not a co-host, though he is a subscriber. Subscribing to your spouse's podcast, after all, is a crucial part of modern marriage. ♦