'How to Read the Air,' Dinaw Mengestu 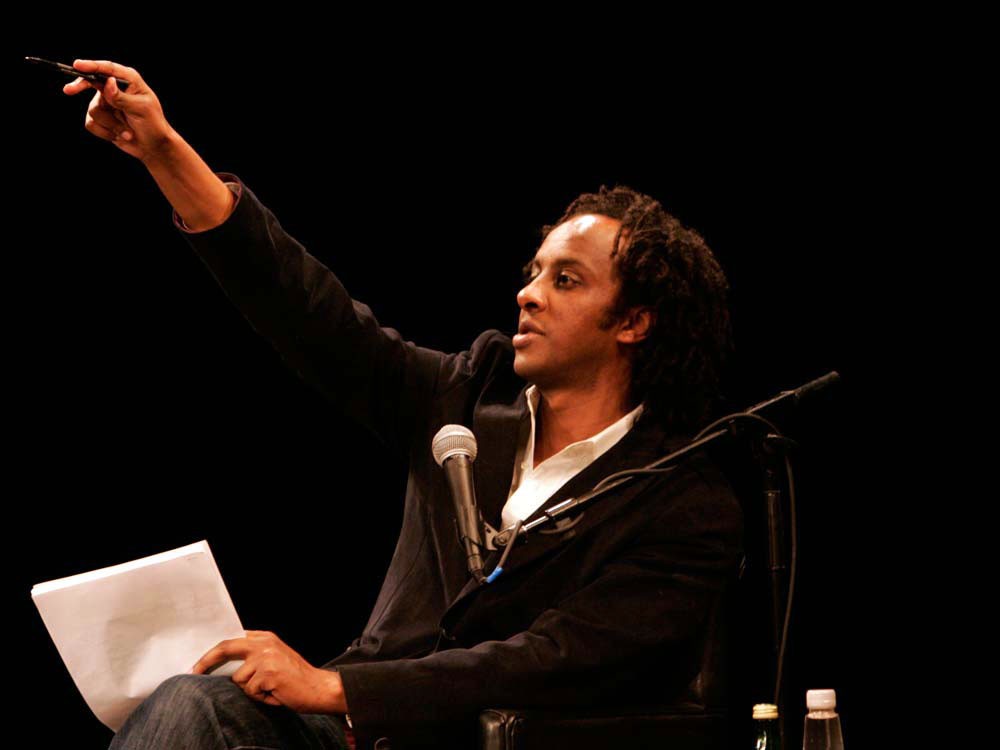 How to Read the Air author Dinaw Mengestu

Passive characters avoid conflict. Not much happens in their lives, and that’s just fine by them. In his novel about a young man letting his marriage and career slip away, Dinaw Mengestu tries to induce action by paralleling the lives of two couples, separated in time.

But his subjects remain passive, uninteresting, unlikable. Jonas Woldemariam sets out to trace a road trip taken by his parents Yosef and Mariam, both Ethiopian immigrants, through the American Midwest and South. Thirty years later, in New York City, Jonas has shifted from a job sensationalizing refugees’ asylum applications (to improve their chances of acceptance) to a job teaching prep school kids about his (highly fictionalized) personal history (so as to improve his chances of gaining self-knowledge). Both projects fizzle.

So does Jonas’s marriage to a lawyer, Angela, who grows exasperated over her husband’s indifference and passivity. Her attitude becomes ours: Once you’ve been told for the 13th time that the main character can’t recall, doesn’t know, won’t act, doesn’t care, your enthusiasm for the narrative may start to wane.

The structure of How To Read imitates its bleakness. By juxtaposing optimistic and disastrous moments in his parallel stories, Mengestu robs his characters of hope. At the end of one chapter, a man leaves on a ship, bound for a new life; at the start of the next chapter — years later and thousands of miles away — he runs his car into a ditch. Once we get accustomed to a couple’s seething mutual resentment, we’re thrown back to their engagement day.

A description of Yosef’s creeping dementia could stand for the attitude of Mengestu’s characters, who believe “that everything that stands before you is a mere illusion, and that the so-called fabric of life is in fact riddled with gaping holes through which you can fall and still be said to be alive.”

Late in the novel, recounting his father’s decades of resentment and paranoia, Jonas comments, “All angry men are depressingly the same.” It’s too bad that Mengestu, in writing this bleak and repetitive novel, didn’t recognize the truth of that earlier.