How to Save a Band

All it took was a little help from the Muppets to save the Fray. 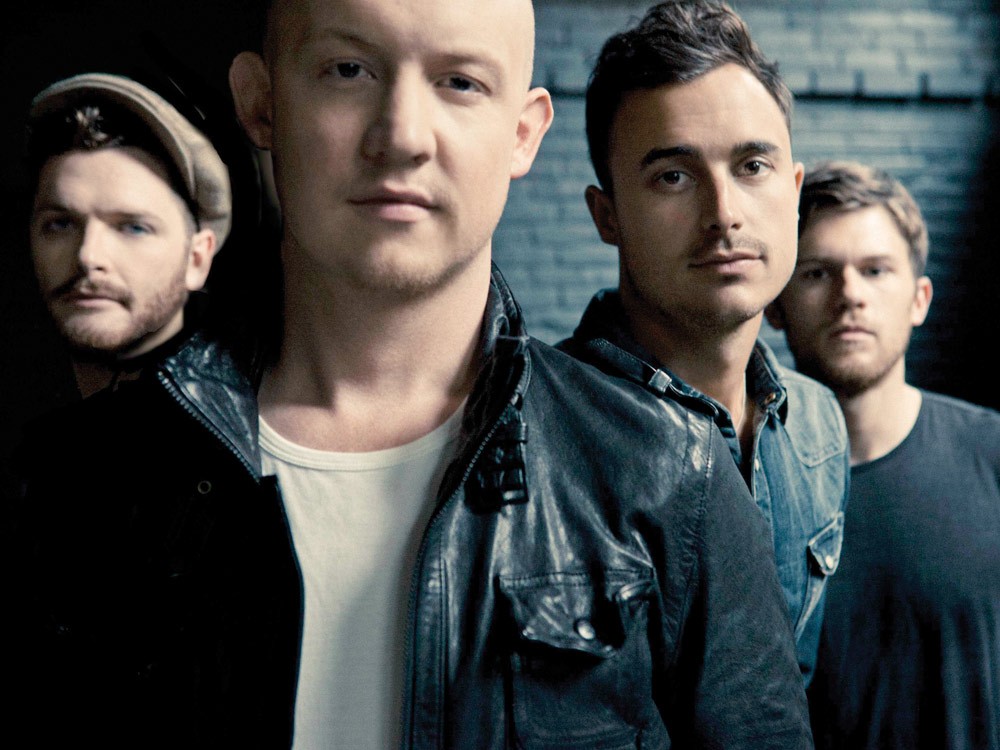 One day you’re a band with a platinum song. The next, you’re saving your careers by writings songs for the Muppets.

That’s how the Fray’s singer/keyboardist, Isaac Slade, looks back at a recording session for The Muppets: The Green Album, the soundtrack to last fall’s movie, The Muppets. The session came at a point when the band was struggling.

“(Guitarist) Joe King and I weren’t really getting along,” Slade said in a late January phone interview. “We were supposed to record this fun, upbeat laissez-faire kids song called ‘Mahna Mahna.’ Nobody wanted to be in the room together. We were all just kind of staring at each other, wishing we could just leave. And a lot of alcohol got involved, and Joe and I ended up in the booth together, singing on the same microphone, and something clicked.”

Suddenly, they remembered that this making music, being paid to do it was a dream come true. “I’m not making coffee anymore. He’s not appraising auto damage anymore. And we get to make music for a living,” Slade says. “Whatever differences we have, they’re workable, and we’ve just got to be honest with it. So that was a turning point.”

Slade really did work at a Starbucks, while King worked as an insurance adjuster before they became the key components of the Fray, which formed in 2002 in Denver. The band was signed by Epic Records and saw its career take off when the title song of its 2005 debut album, How To Save A Life, became a smash hit single. A self-titled follow-up came in 2009 and reached the top of the Billboard charts. While it didn’t match the doubleplatinum sales of the first record, it was still a success.

But after touring behind the second record, life in the band grew patchy. According to Slade, each of the four members encountered difficulties, but in his case, his quest for acceptance and popularity had caused him to compromise the authenticity in his songwriting.

“I think, for each one of us in the band, we got to the point where in our lives, we were just aimless and lost and devastated or discouraged to the point of just [being] disillusioned a little bit,” Slade says.

Slade, in particular, found that being the frontman of a popular band didn’t feel the way he expected.

“It’s really terrifying to get everything you want, and nobody understands,” he says. “I probably sound like some horrible rock star complaining about having too much money.

“I got what I wanted. I got the fame. I got the celebrity. I got the visibility. I get to do music for a living. There are people that stand up and cheer when I walk into the room and we make music,” he says. “I got everything I wanted.”

But it wasn’t enough. Slade started to realize that, despite the Fray’s reputation for writing emotional and honest music, he hadn’t been as open or vulnerable as he could or should have been.

“I think when I swung for the ball as hard as I could, quote-unquote, there was a little bit inside me that was afraid and holding back,” Slade says. “If you peel back a little bit, you can always sort of nurse your wounds by saying ‘Well, I didn’t try my hardest.’ “I think, because of that, I really did hold back a little bit,” he said. “And something happened. I think I just kind of got to the point where I wanted to make a statement.”

In working on Scars And Stories with producer Brendan O’Brien (best-known for producing Bruce Springsteen and Pearl Jam), Slade ventured into new parts of his psyche.

“We reached for something we’ve never had the courage to reach for. I feel like we got it.”

The band also found the courage to evolve musically on Scars And Stories. The sensitive arena balladry that has registered with Fray fans is still present with songs like “Run For Your Life” and “I Can Barely Say.” Songs like “Turn Me On,” “Heartbeat,” and “The Wind” have an expansive, guitar-centered sound, accented by big beats.

And the honesty Slade brought to his lyrics on Scars And Stories is also helping him evolve as a live performer.

“My perspective has shifted a lot on shows,” he says. “And somewhere between 2009 and now I started reconciling the fact that this is who I am. This is my reputation. This is me. I don’t have a persona. I don’t have sunglasses. I don’t have a big, huge production show to sort of hide behind. I get on stage and I sing songs about my life.”