How to Stop Working and Start Living 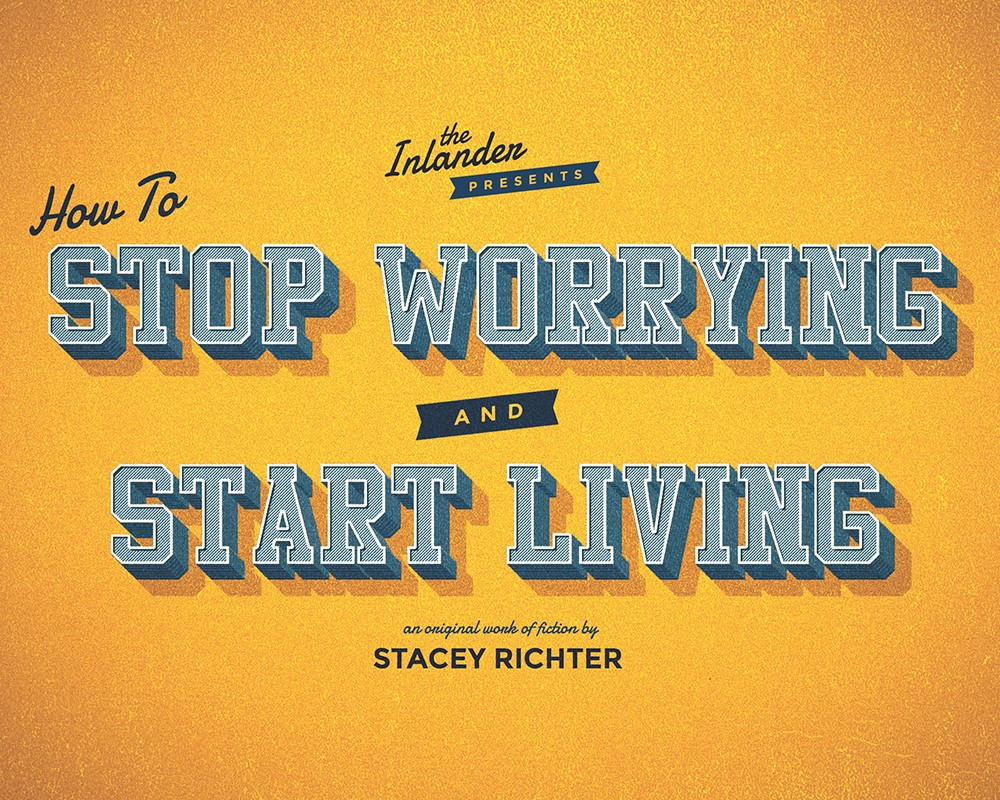 It was my genius idea to score in Valencia Gardens. "Just this once," Mikey said. We took Market over to 16th, then cut through on Albion, walking through the snappy winter light of California. I was ready to ditch my regular dealer, a maternal black lady who always greeted me with joy and disappointment, as though she were thinking: "My sweet little girl! How can she do this to me?" The last time, she'd actually shook her head and said, "What has become of you?"

Mikey didn't like to be seen with me. He walked a half a dozen paces ahead, floating through the streets like a normal person, dumb as a stump but with the even features and broad shoulders of a surfer. His appearance had been left untouched by heroin, whereas I'd become haggard and spectral, with angry welts on my arms, crusty eyes, and the thinness of a carcass. But most of the horror was in my skin — blotchy, infected, with areas that looked plucked. I kept my sunglasses on and my eyes down. For some reason I kept thinking about that O. Henry story with the watch and the combs, maybe because of all the hair in the street. A bolus in every gutter. Some of it was mixed with tinsel, but mostly it was just hair.

I caught up to Mikey at the corner. He looked at me and took a step back: what has become of you. "It wouldn't be so bad if you'd shower."

"Appearance is what you show the world, Kimberly. It shows that you care about other people."

In the courtyard of the projects, we walked past an entire roasted turkey lying on the ground, plump and golden brown. A few feet away, under a concrete bench, was a foil roasting pan. Nausea was creeping up on me — it was later than I thought. I wasn't doing a very good job of keeping track of time. The streets had a holiday emptiness and the sun was so bright that everything looked flattened out — the rust-stained buildings, the flecks of quartz in the sidewalk. Mikey led me up to an apartment on the third floor and introduced me to his dealer, a fit young guy with a certain groomed nattiness I associated with gay men. Mikey kept saying, Yes, Jeremy. What a great idea, Jeremy. This maddening habit had started when Mikey took a court-ordered Dale Carnegie course. He began referring to all black men as "gentlemen."

Even more surprising than Jeremy's nattiness was the décor of the apartment. It was done up in what could be called a high macho/grandma style. On one side of the front room were two overstuffed chairs with lace antimacassars; on the opposite side was a rack of free weights. In the middle, standing free like an obelisk, was a large china cabinet that reeked of furniture polish.

Jeremy said, "You like my statues? Go on, take a look."

The requisite socializing dismayed me. Why couldn't we buy drugs through a hole in the wall like they did in the East Village? I was experiencing waves of sweat, cold, nausea, and pain, in that order. Jeremy nodded toward the cabinet. I crept closer and peered at the little porcelain figures. There were deer and pigs and hedgehogs, grouped in threes and fours. It took me a moment to realize these were all animal families: mama, daddy, and baby animals huddled in cozy groups they would never, ever form in the wild. The hollow inside my throat flooded with warm liquid.

"Miss Lana gave them to me. What do you think? "

They were revolting. "Beautiful," I said.

Jeremy counted out four bags as Mikey watched with hungry eyes; he'd agreed to introduce me in exchange for a taste. An old lady in a pink tracksuit — Miss Lana, I guess — had wandered in and was regarding us from the doorway.

"What is she?" she said to Mikey, as though I wasn't there. "Like a roommate?"

"No," he said, with indignation.

"I see a little glimmer in your eye," she sang out, "I bet you're sweethearts."

Mikey opened and closed his mouth, then took a breath and spat, "She's my sister."

It was as though he'd said, "She's my demon." Miss Lana staggered backward. The air became heavier and wobbled with strangeness. The abscess in my arm began to leak a thick, brown substance, like gravy.

We didn't speak until we were back on the street. The turkey was still in the courtyard. Inside my pocket, I carefully separated two of the bags from the others. I was reluctant to part with them and to delay the moment I said, "Merry Christmas."

"It's not Christmas, Kimberly. It's Thanksgiving."

He enunciated: "It's Thanks-giv-ing, dumbass."

I blinked. Everything brightened and darkened at the same time. I was not paying attention; I had not been paying attention for quite some time. Now I could see the quartz sparkling in the sidewalk, the gobs of hair in the gutter.

"That would explain the turkey."

He looked at me blankly. "What turkey?"

We parted at the corner, Mikey chuckling off to the south while I sulked northwards. I'd planned to give half the dope to Mikey, but in the end I'd only given him one of the four. He was always the favorite, it didn't matter how stupid he was. It was like a light was shining on his head, a golden light.

I made it home quickly, but by the time I got there something had happened to me. I was sick of the muddle, sick of my submerged life. Whatever the thing was that made people back away from me, I wanted to get rid of it.

I made a resolution: I would kick.

Okay, maybe not entirely, but I'd cut back.

I would reclaim my marbles.

I turned on the TV for company and began my ritual with the candle and the spoon. There was a vein in my ankle I liked; I slapped it and it rose up, blue and sweet. I tipped the contents of one envelope into the spoon: this was half my regular dose. On the screen, a bearded man was trying to sell me an electric razor: what was this? I was so lost. I added a syringe of water and waved the mixture over the flame until it hissed. Half a shot. It was so sad. I was lost but longing to improve. I would do better. Then the newscaster reappeared and said something, something, something... "and great weather on this lovely CHRISTMAS DAY!"

The world revolved and clicked back into place. I wasn't lost. Mikey was lost.

I opened another envelope of powder and gently poured it into my spoon. Then I added a third.

Who's the dumbass now? I thought. ♦

Stacey Richter is the author of the short story collections My Date with Satan and Twin Study. Her work has been widely anthologized and has won many prizes, including four Pushcart Prizes and a National Magazine Award.