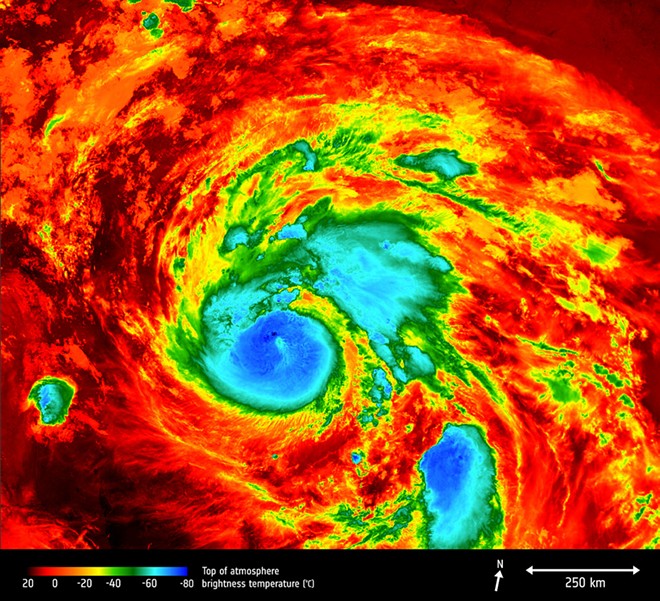 
CORPUS CHRISTI, Texas — Hurricane Harvey made landfall on the South Texas coast as a Category 4 storm late Friday, according to the National Hurricane Center, which warned of catastrophic flooding from the storm surge and torrential rains.


The eye of the storm swept ashore with 130-mph winds about 9:45 p.m. between Port Aransas and Port O’Connor, just northeast of Corpus Christi. The center of the storm was moving northeast toward Victoria and other inland cities.

“Even though #Harvey has made landfall, the rainfall threat is only beginning,” the National Hurricane Center said on Twitter.

Later, the storm made a second landfall — on the northeastern shore of Copano Bay. The hurricane was downgraded to Category 3, with 125 mph winds.

Within an hour of landfall, there were reports of major damage in Corpus Christi and north of there. The city manager in Rockport told the ABC affiliate in Corpus Christi that at least two people were trapped inside collapsed buildings.

The hurricane center warned that the storm surge would peak between 9 and 13 feet above ground level in the Corpus Christi area. Rainfall, it said, could total as much as 40 inches.

Because the storm was moving slowly, damage was expected to be more severe than if it had hit land at a faster clip. “Due to the slow motion of Harvey and a prolonged period of onshore flow,” the hurricane center said, “water levels will remain elevated for several days.”

Forecasters called it the first major hurricane to hit the United States in nearly 12 years. Among the damage that was expected: downed walls and power lines, roofless businesses and unanchored mobile homes.

Up and down the Texas coast, there were fears of the type of destruction left by hurricanes in Texas about a decade ago. Gov. Greg Abbott asked for federal help, and President Donald Trump late Friday signed a disaster proclamation.

Residents in the Corpus Christi area had spent much of the day scrambling to evacuate while the millions living in the Houston area were given contradictory guidance from authorities on whether to leave.

Refineries in the Houston and Beaumont-Port Arthur areas shut down in preparation for the storm, sending jitters through energy markets.

Forecasters emphasized that it was not just the wind that made Harvey dangerous. The water that a hurricane pushes ahead of it can be tremendously destructive.