I Am Better Than You 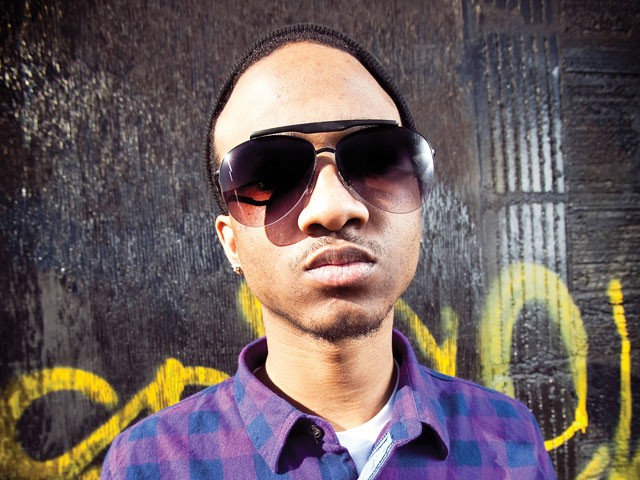 “You ain’t know, you better ask somebody,” Jinx says on “The Fast Lane,” a track on his debut album, Futurama. Indignant voices chime in: “Like who?” Jinx responds, amused: “Your girlfriend, probably!”

To many, that sounds like the type of cocky, swaggering braggadocio that is indicative of Top 40 rap. But that’s exactly what Jinx, aka Derrick Jenkins, is going for.

“Futurama was specifically intended to catch the attention of the industry, to have that Top 40 appeal,” he says. “I have compared it to Justin Timberlake’s FutureSex/LoveSounds, but if I had to describe the sound [of my album], I would say it’s dope.”

Jinx does not lack ego, nor does he apologize for it.

“The first line on my album is ‘My name is Jinx and I am better than you,’” laughs the Massachusetts-raised 20-year-old. “When we were in the studio, I was told that line could turn people off, that I should re-word it. But I’m a fan of artists who have no boundaries in their expression.

“To be honest, I feel like controversy is one of my biggest inspirations,” he says. “Controversy sells, and I sell it well.”

Jinx began rapping out of a sense of competition: When he was a kid, he had a cousin who made music and was the pride of his family.

“Our family thought he was God. I’ve always liked being the center of attention, so I started rapping too — I wanted people to pay attention to me just as much as they did my cousin,” he says. “Soon enough, I became better than him. He will never admit that, but he knows it’s true.”

That playful one-upmanship permeates Futurama and, one could argue, defines it. Slick studio hip-hop — gleaming production, smooth hooks, choruses that women in the crowd sing along to — is exactly what Jinx has always wanted to create.

“You have to understand — music is my wife, not my mistress, and I am going to do whatever it takes to make sure we live a long and fulfilling life together,” he says.

Jinx is brazen and forthright when discussing himself and his music. But he’s quick to admit that with every obstacle encountered, he’s become more confident in himself: “This release party was supposed to happen when Futurama dropped last summer. We booked the venue and invested thousands of dollars. I made some poor decisions, personally and legally, and I was sitting in jail the night of my album’s celebration. But resilience — overcoming that lost money and momentum — is what makes this show so special.”

Jinx says he’s performing at this year’s South By Southwest, the taste-making Austin, Texas, music festival, though the exact times and locations of his performances have not been finalized.

He adds that 2010 “is going to be the year that changes my life. I plan on touring, expanding beyond the Northwest, and working with producers who will help me stretch myself as an artist.”

Jinx says this is his year to take over the hip-hop world. He’s ready. He’s been ready.

“I’ve been writing my Grammy speech since I was 12 years old,” he explains. “The first line is ‘I always knew I was going to win this.’”