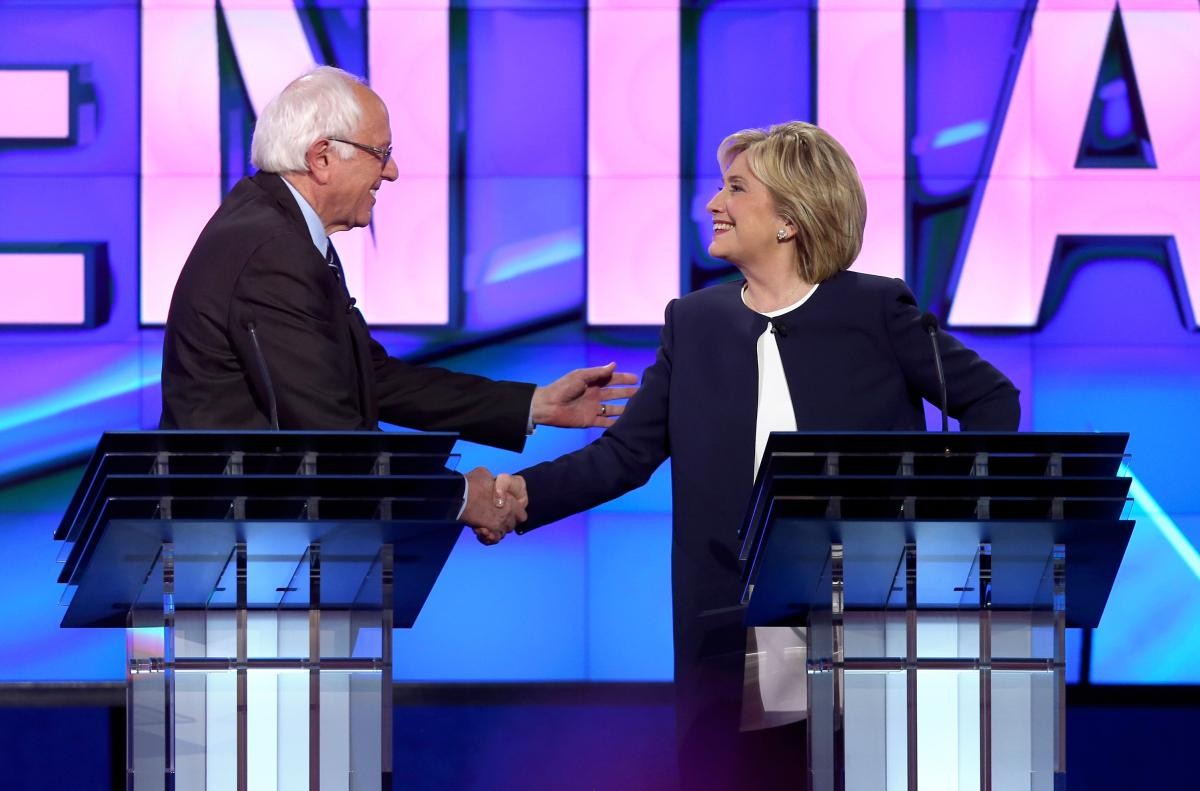 Their views on race came to the fore at the most recent Democratic debate.

During a speech at Liberty University on Monday, DONALD TRUMP got a chillier reception than Evangelical darling TED CRUZ did last March. Part of that may have been that Trump, quoting from the Bible (ostensibly his favorite book) referred to 2nd Corinthians as "Two Corinthians." Similarly, in an interview with CNN's Jake Tapper, Tapper asked Trump if he regretted saying he never asks God for forgiveness, being that asking God for forgiveness is, you know, basically the entire point of that whole Christianity thing. "No, I have a great relationship with God," Trump replied. "I am good. I don't do a lot of things that are bad." (DANIEL WALTERS)

Man with a plan

On Sunday, Democratic presidential contender BERNIE SANDERS unveiled his plans to pay for his Medicare-for-all proposal, meant to guarantee health care for all Americans under a publicly funded program. Sanders released the details of his $1.38 trillion-a-year plan as HILLARY CLINTON sharpened her criticism of the self-described "Democratic socialist," telling MSNBC's Rachel Maddow that his proposal was divisive, unrealistic, would undo almost all existing forms of health insurance and could be undermined by states unwilling to implement it. If enacted, Sanders' plan would increase taxes on businesses and the wealthy. Middle-income households would see a 2.2 percent tax increase under the plan, but would see their overall health expenses plummet. (JAKE THOMAS)

Both parties' presidential candidates took their respective debate stages last week in Charleston, South Carolina, the place where a fleeing black man, Walter Scott, was shot in the back by a white cop last April.

During Sunday night's Democratic debate, HILLARY CLINTON called racial disparities in criminal justice a "very serious problem we can no longer ignore." BERNIE SANDERS wants a Justice Department investigation of every death in police custody, and MARTIN O'MALLEY touted his repeal of the death penalty in Maryland and dropping incarceration rates.

Last Wednesday's Republican debate looked a little different. DONALD TRUMP said "police are the most mistreated people in this country," much to the disappointment of Black Lives Matter activists. Meanwhile, CHRIS CHRISTIE faulted President Obama for giving criminals, not law enforcement, the benefit of the doubt. (MITCH RYALS)