I grew up on Quentin Tarantino movies. At what point did I outgrow them? 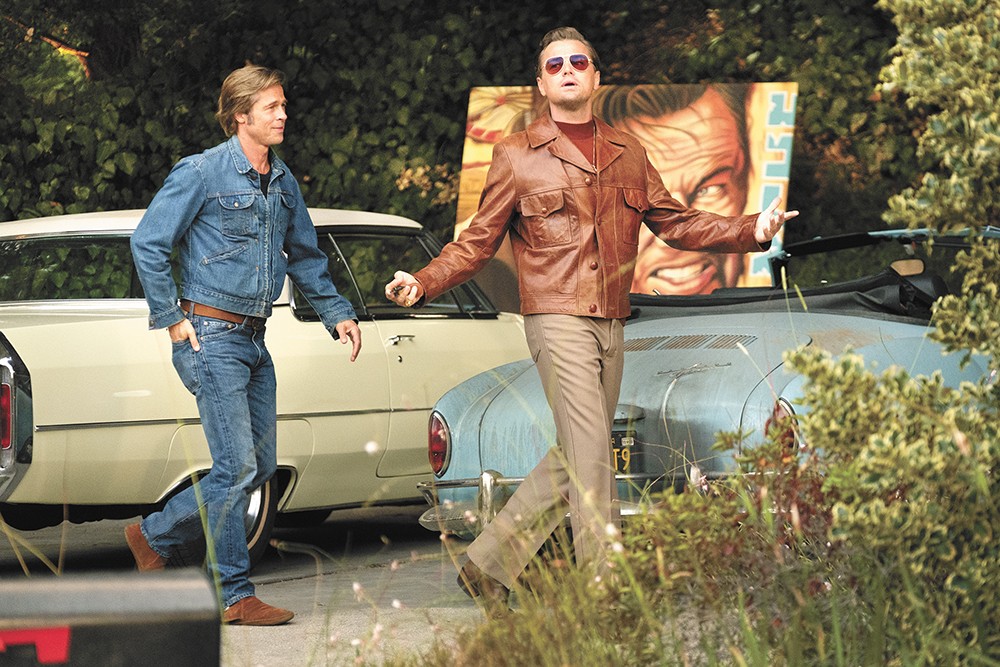 Brad Pitt and Leonardo DiCaprio return to the Tarantino-verse with Once Upon a Time in... Hollywood.

Most movies, even the good ones, leave us after a while. We forget when we first saw them, and where, and with whom, and which bars we went to afterward to talk about them. Our mental reference libraries simply clear out space for more pressing matters.

But I still remember watching Quentin Tarantino's 1994 magnum opus Pulp Fiction for the first time as a newly movie-obsessed teenager. On a balmy Saturday night in the early 2000s, I popped the cassette into my 13-inch Toshiba TV with the built-in VCR, and sat cross-legged on my bed, practically leaning in to the screen. That mix of queasy violence and gallows humor, its Mobius-strip structure, the dialogue that crackled with obscene poetry and pop culture ephemera — the movie hit me like a lightning bolt.

There was a time when a rabid familiarity with Tarantino's early works was a rite of passage for budding film dorks. It was proof of your newfound cinematic literacy, your membership card to the movie cognoscenti.

At least, that's how I felt at the time, when my room was decorated with Tarantino posters. When I saw his delirious martial-arts deconstruction Kill Bill: Vol. 1 three times in theaters, and wrote a breathless, A-plus review in the teen section of the Spokesman-Review. When, months later, I convinced my mom (also a Tarantino fan) to chaperone me and 15 other high school friends to the opening night of Vol. 2, and we applauded the damn title card.

Then a funny thing happened. My enthusiasm for each new entry in the Tarantino catalog started waning. It came to a head watching Tarantino's last feature, 2015's The Hateful Eight, projected on crisp 70 mm film for a sold-out Christmas Day audience. As the opening credits rolled, I was struck by an adolescent rush of dopamine: This was going to be a Movie with a capital M. I left the theater more than three hours later hanging my head. The film had been full of nothing but itself.

Had Tarantino lost his touch, I wondered, or had I simply outgrown him? Maybe it's a bit of both.

I've been mulling this over as his ninth film, Once Upon a Time in... Hollywood, hits theaters nationwide. Tarantino is, above all, a cinematic fetishist, and not merely in the way he infamously photographs his actresses' bare feet. His films are altars to bygone cinema, his church the back shelves of video stores, his gospel the minutiae of exploitation movies that only he remembers. To dismiss him as a plagiarist or a buck-naked emperor, as his fiercest critics have, is to ignore the enthusiasm that radiates from the celluloid he refuses to trade for digital. Even his lesser films contain flashes of genius.

But his adherence to the past — to Hollywood's, yes, but also to his own — is often at odds with his unfettered ambition. In defying mainstream sensibilities, Tarantino became mainstream, his catalog of tics a brand unto itself. What were once unusual stylistic devices are now items on a rote checklist: the chapter titles, the rambling monologues, the anachronistic needle drops, the knowing winks at other films, the third acts dripping in blood and viscera. His transgressions are threatening to become hollow and childish. I grew up; his predilections remained stuck in time.

Look back at Tarantino's lean 1992 debut Reservoir Dogs, which is no less of a genre throwback than his later films but feels like the work of a director with discipline. The Hateful Eight mirrors Reservoir Dogs in its locked-room, whodunit structure, but needlessly meanders for 187 minutes. Or consider 1997's Jackie Brown, often cited as his most mature work, a slow-burn crime story built upon complex human relationships and lived-in dialogue. It was a critical and financial disappointment in the wake of Pulp Fiction, and Tarantino responded by descending back into his teenage obsession with tongue-in-cheek ultraviolence.

The "problematic" aspects permeating his work have also gnawed at me the older I got, stuff I didn't really think about as a teenager that makes me flinch now — the jokey historical revisionism, the casual violence toward women (though he's also responsible for more complex female characters than most male filmmakers), his increased reliance on racist language (he sure loves setting movies in eras when such dialogue was commonplace).

None of this is untrodden territory, but at a time when so many of us are constantly engaged in debates about separating artists from their art, Tarantino represents an affront to that very notion. His pugnacious, often obnoxious personality is so interwoven into his films that it's impossible to watch them in a void. He loves the sound of his own voice, which is why all of his characters talk just like him.

But I still maintain that he's incapable of making an outright bad or boring film, and Pulp Fiction and Kill Bill remain formative texts for me. The irony here isn't lost on me: In much the way that he pines for '70s drive-in trash, I'm now feeling nostalgic for the Tarantino of yore. But old habits die hard, and I'll always be in line to see his next project. I've already got my tickets to Once Upon a Time in... Hollywood. I guess my hope is that something in it will bring out the impressionable, not-yet-jaded 13-year-old, having his mind blown by Pulp Fiction for the first time. ♦

The original print version of this article was headlined "Arrested Development"