I Hate My Teenage Daughter

The creative team behind this series should be sent to their rooms to think about what they've done. 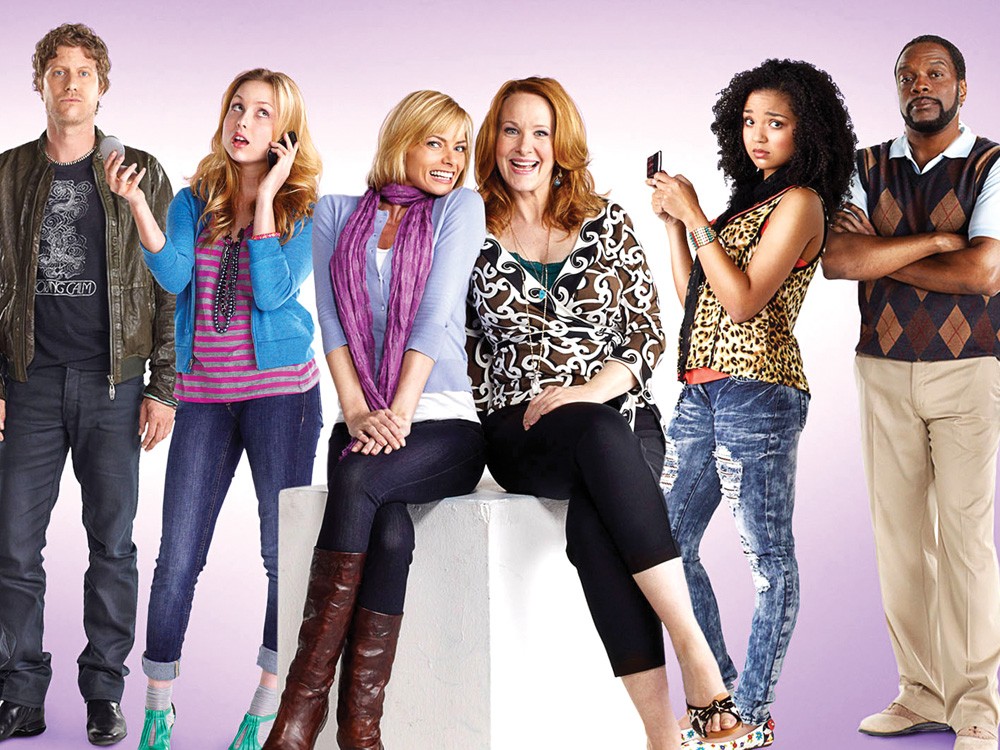 I Hate My Teenage Daughter is the poster child for bad writing that sabotages good actors. The creative team behind this series should be sent to their rooms to think about what they’ve done.

Emmy-winner Jaime Pressly (My Name is Earl), Kevin Rahm (Desperate Housewives) and Wendi McLendon-Covey (Reno 911) are the squandered talent in this timeslot-filler that’s all bark and no bite.

Annie (Pressly) and Nikki (Katie Finneran, Wonderfalls) are divorced single mothers and best friends. The women want their daughters to have the childhood they never had (Annie was reared by religious zealots; a plump Nikki was accused of eating her cat). In the meantime, though, the women have naively raised a pair of spoiled, monsters who dress like Bratz dolls and torment disabled classmates.

The mother-daughter showdowns bubble with more hormonal angst than 16 Candles. Unlike that film, nothing here is funny.

We know teens are mercurial, “like Dr. Jekyll and Mr. Hyde,” as my mom would say. The catty kerfuffles between Nikki and her entitled beeyotch of a 14-year-old daughter, MacKenzie (Aisha Dee), are crass and not the least bit funny or enlightening. Why settle for this hokey glop when we’ve got Modern Family and Parenthood, which explore growing pains through poignant comedy and heartfelt drama?

The tone is hard to gauge. Does it empathize with the mothers’ plight (yearning to be hip, surviving Bieber Fever, interpreting the “it’s complicated” relationship status on Facebook) or if it’s poking fun at single, menopausal women like Nikki. It’s unclear and we may never find out. There’s nothing saving I Hate from the axe.

It’s a shame. There’s a timeliness of angle here, given our digitally breakneck social climate. As ubiquitous access to streaming media influences the worldviews, demeanors and values of today’s youth, what’s the impact on the family dynamic? What about the rising trend in cyber-bullying? How do you prevent your own child from becoming a mean girl (or boy) like the two on this show?

These are questions I’d like to see Annie and Nikki deal with, but they’re too busy drinking schnapps for breakfast and stalking their daughters on Facebook.

Perhaps MTV’s Exiled got it right by shipping teen urchins in need of an attitude adjustment to rural villages abroad for a reality check. Now there’s an idea that got results.
(FOX, Wednesdays, 9:30 pm)

Luck
It’s Sopranos meets Seabiscuit. Dustin Hoffman portrays a powerful organized crime figure, Nick Nolte a grizzled trainer getting a second chance. Deadwood creator David Milch and Miami Vice director Michael Mann are out to breed a winner with this horseracing drama that examines the sordid underbelly of “the sport of kings.” I’m chomping at the bit for this one. (HBO, Pilot premieres Sunday, Dec. 11 at 10 pm. Series begins Jan. 29)

Funniest Commercials of the Year: 2011
It’s like the Super Bowl, without football. Volkswagen’s mini-Darth Vader commercial is a promising contender among the 10 finalists, but the best stuff comes from overseas, like the “sword collector” advertisement for Land Rover. (TBS, Dec. 14, 10 pm)

Katy Perry hosts SNL
America’s California Gurl is quite the chameleon, which makes it tempting to tune in and see what she’ll do, or wear, next. (Hopefully it won’t include another combination of Perry’s cleavage and Sesame Street.) My fingers are crossed for a TGIF video spoof starring Amy Poehler, Kristen Wiig and Maya Rudolph. (NBC, Dec. 10, 11:30 pm)