I have a somewhat special relationship with The Santa Clause starring Tim Allen.

It's not that it's my favorite Christmas movie. I can't say I have one of those. But when I think of a generic Christmas movie from my childhood, The Santa Clause is definitely it. And it's not just because I once met child actor Eric Lloyd, who played the film's cute little kid. Because in all honesty, that didn't really go well.

For those who don't know, The Santa Clause is a classic '90s movie. Tim Allen, in his prime, plays Scott Calvin, a divorced dad who... accidentally kills Santa Claus? (You're not supposed to think about that too much.) He then finds out that he is becoming Santa Claus, something he's not happy about because it means he's becoming fat and growing a white beard. Finally, he finds the Christmas spirit and embraces the fact that he is Santa Claus once and for all — which makes everyone else think he's lost his damn mind. Except for his son, Charlie. Charlie always believed.

The theme of the movie is basically the same of all Christmas movies: We should keep faith in Santa Claus and the spirit of Christmas and the goodness of people. And it's Lloyd, who plays the little kid, who really embodied this idea. He was 6 years old in this movie, just a couple years older than I was when I first watched it. I saw a lot of myself in him: I, too, was a cute little kid with brown hair. And I, too, believed in Santa Claus and refused to listen to the haters who said he wasn't real.

My "you're way too old for this" belief in Santa Claus is probably why I loved that movie. I read once that Lloyd, too, still believed in Santa Claus even while he was doing the movie. "I kind of rationalized that we were doing a documentary about Santa Claus," he told ABC. He was just like me.

The story of when I met him is not quite a touching Christmas story like The Santa Clause. I was a little kid, and we flew to Los Angeles to visit my cousins for Christmas. They happened to be neighbors with the Lloyd family. Lloyd was nice — maybe a little cocky — but nice. But really all I remember is one thing: Lloyd grabbing a toy machete, chasing my older sister with it, and then me laughing as I watched my sister kick him in the head.

I don't think he remembers us fondly. ♦

Wilson Criscione is a staff writer at the Inlander who would like to apologize for any harm done to Eric Lloyd.

The original print version of this article was headlined "Reality Check" 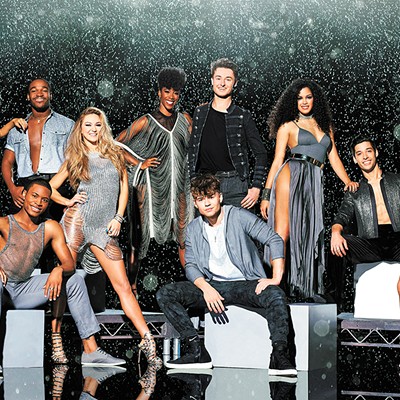