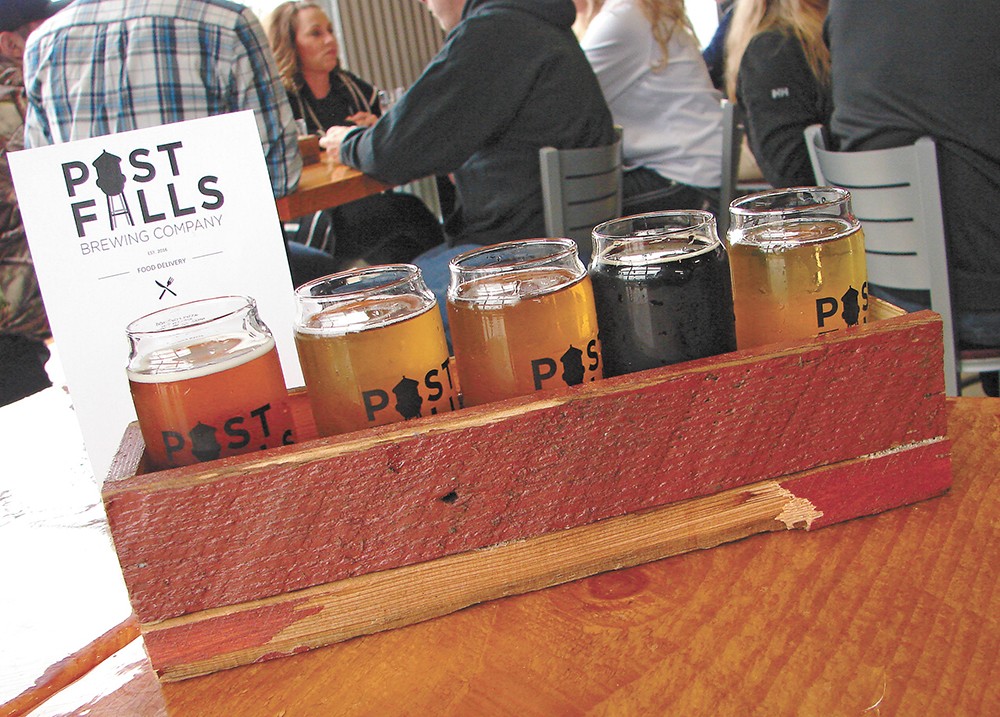 In a competition between North Idaho cities for the most breweries,

"I think this area is just jonesing for this," says Alex Sylvain of the brewery.

Sylvain and fellow brewer Dan Stokes, along with support from business partner Steve Cervi-Skinner, designed and built the brewery from scratch. Although it features what seems to be the standard in industrial design — corrugated metal walls, epoxied wooden tabletops, earth-tone accents, bare-bulb lighting — the place gets a big boost of ambiance via several roll-up garage doors and some outdoor seating with a view of Spokane River.

Their lineup is an ambitious eight taps, each with its own narrative and quirky name. The OPC Hefeweizen is named for the beer's orange peel and coriander notes, while the hoppy Stoney MacGuyver IPA is a nod to one of the local contractors they worked with, says Sylvain. The SnR IIPA (aka Sssssick n' Rowdy) is a hefty 9 percent ABV, while the Cheap Prick Session Ale, weighing in at just 5 percent ABV, is an easy-drinking lighter beer.

Served in wooden trays, flights of five 5-ounce tastes are a good place to start ($9). Two standouts were the creamy Totes McOats Milk Stout and the Coffee Infused Catalyst Pale Ale, an unusual and highly drinkable alternative in a field dominated by coffee-infused porters.

Have a pint on-site ($4-$6) or grab a growler to go ($12-$18), knowing that as soon as you think you've found your favorite beer, Post Falls Brewing is likely to up the ante with one of many planned small-batch offerings, including an amber ale and sweet-hot mango habanero. ♦