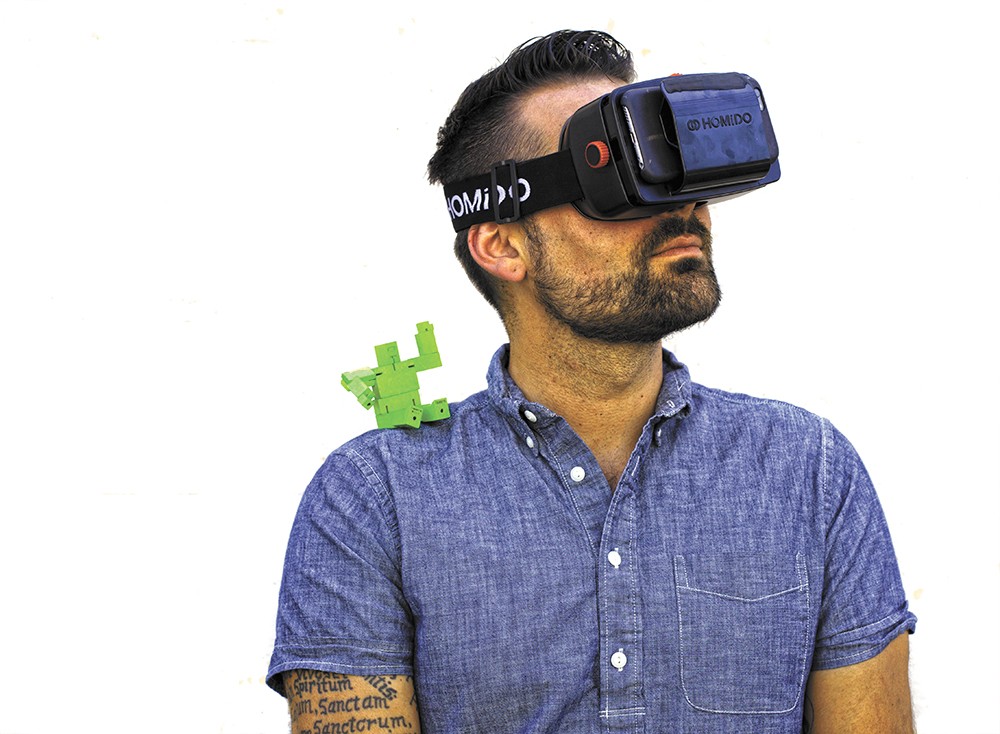 all read like a 1960s science fiction novel. These concepts aren't only tangible, they're coming to Coeur d'Alene for this weekend's Think Big Festival, an annual conference and robotics display in its second year, promising "speakers | robots | parties."

Think Big Festival launches with a private summit on Lake Coeur d'Alene for its conference speakers and honored guests, followed by a public concert and networking night at the Blackwell Hotel. The second evening offers attendees the option to enjoy an Uber-themed pub crawl, hitting various tech points and startup stops around the city. There's also opportunity after the conference to test drive a Tesla P85D in semi-autonomous mode.

Think Big's main appeal, however, is its day-long conference featuring panels and presentations from some of the brightest minds in robotics and artificial intelligence. This year's guests include speakers from Microsoft, Boeing, Johns Hopkins and Qualcomm, among others.

Founded by local serial entrepreneur Nick Smoot, Think Big Festival grew out of a realization that — due to favorable local laws and increasing but underutilized human capital — CdA could become a major hub for robotics. The idea is gaining traction: Smoot's ebullient passion for the robotics industry, as well as his home state, has created something of a movement.

"People are flying in from all over the world for this conference," Smoot says. "They ask me, 'Why Idaho?' I tell them that Idaho invented the television, the ventilator, printed light, printed 3-D carbon fiber. Oh, and the battery in the satellite that just shot past Pluto? Yeah, that was Idaho."

Smoot's connections across industry and research have helped him secure an impressive list of speakers.

"Christine H. Fox is the highest-ranking woman in the history of the Pentagon," Smoot says. Now she's the assistant director for policy and analysis at Johns Hopkins' Applied Physics Laboratory, one of two conference speakers from the prestigious university; Mike McLoughlin is the chief engineer for research and exploratory development at the Applied Physics Laboratory. "His research has allowed amputees to control robotic arms with their minds," says Smoot.

Other speakers are equally fascinating. Dr. William C. Torch, founder of Eye-Com Corporation, recently installed his device — which tracks and reads eye movement — into Dr. Stephen Hawking's glasses. Burt Rutan, a retired aerospace engineer, designed the Voyager, the first plane to fly around the world without stopping or refueling.

"[Rutan] is the godfather of privatized space travel," Smoot says. "He has five aircraft on display in the National Air and Space Museum in D.C."

In addition to the speakers, Smoot is smitten with the robots.

"For the first time anywhere, Aquaai [a startup dedicated to water restoration] is revealing their robotic fish that swims underwater," he says. The third day of the festival features "The Robotic Experience," featuring various robotic demonstrations at Riverstone Plaza. Smoot says that festival attendees can expect to ride in self-driving Harbrick cars, fly drones, and try out a Oculus Rift virtual reality headset.

"If you want to know what's happening in robotics and AI, this is the conference to go to." Smoot says. "The future is here and you'll have a front row seat." ♦