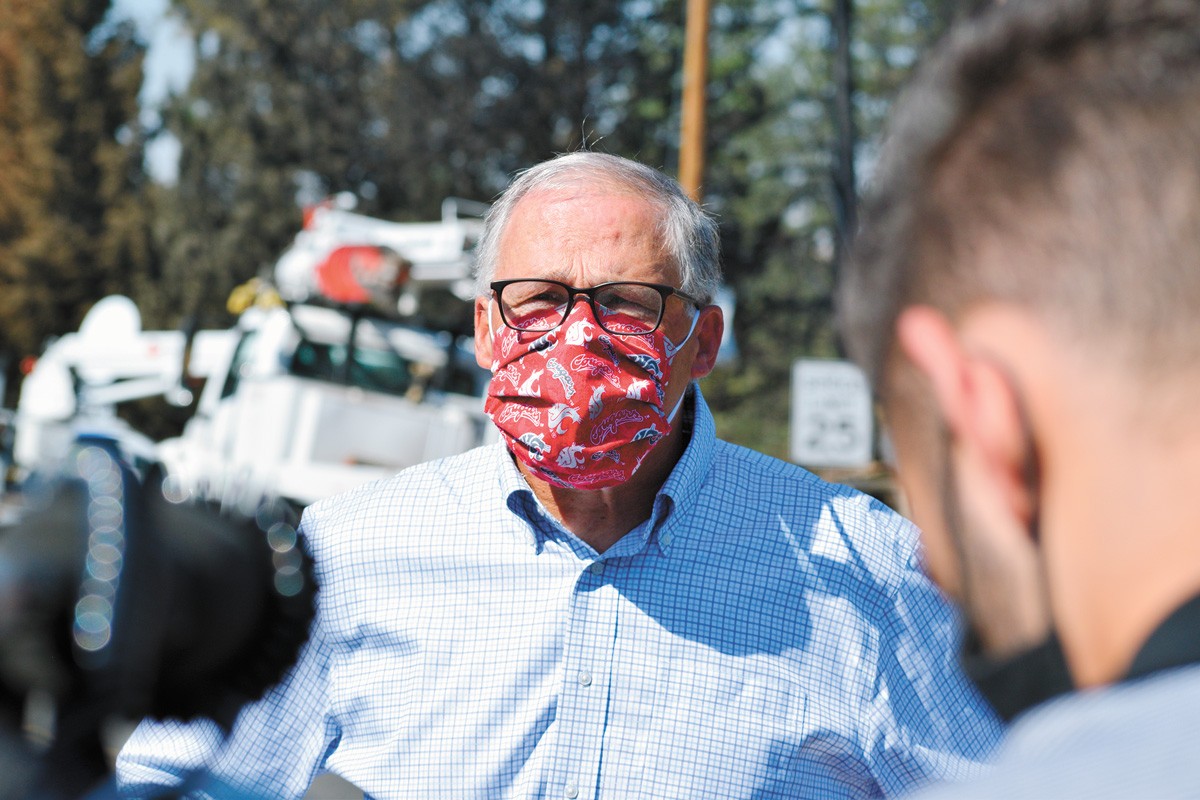 Wilson Criscione photo
Washington Gov. Jay Inslee, sporting a mask during a visit to Malden in September after the devastasting wildfires.

Washington and Idaho have both emerged as champions during the pandemic. It's just that they've been competing in different events.

On the economic front, Idaho is the clear winner. This month, the New York Times heaped praise upon Idaho for having the biggest revenue recovery of any state, at least in the calculation of Brookings Institution economist Louise Sheiner.

But when it comes to battling the virus itself, Idaho has experienced twice the infection rate as Washington and a 58 percent higher death rate.

Compared to other states, Washington state has, adjusted for population, the fifth-lowest COVID caseload and the seventh-lowest death rate. Gov. Jay Inslee "is quietly finishing up arguably the best pandemic response record of any governor in the country," the Week magazine's Ryan Cooper wrote recently.

Comparing one state to another is always messy, says Umair Shah, Washington state's secretary of health.

"But I think policies matter," he says. "And leadership matters. And when you follow public health, that matters."

The difference in the way Idaho and Washington battled COVID was clear from the beginning.

During the first few months of the pandemic, Washington shut down its construction industry. Idaho let its keep running, boosting an already flourishing sector. Washington shut down campgrounds and parks. Idaho opened its up sooner and reaped an increase in tourism dollars — including from Washington.

"There's a lot of evidence that some of the Washingtoners came over to our parks," says Alex Adams, Gov. Brad Little's budget director. "We didn't see the slowdown that other states did around tourism." 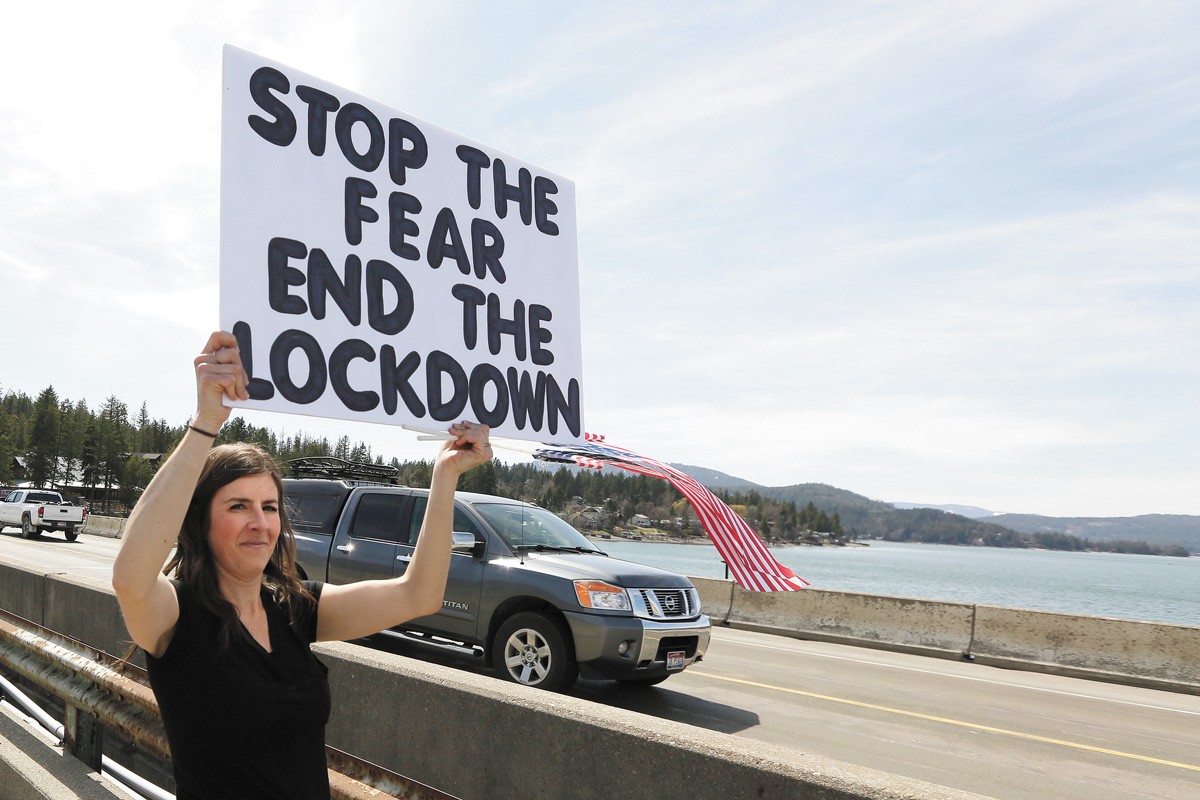 Much of Idaho stayed that way until October, when case counts spiked so high that Idaho hospitals had to send some non-COVID patients to other states to keep beds free. Little reimposed limited statewide restrictions, but even then, the restrictions were looser than Washington's.

Despite touting the effectiveness of masks, Little never issued a statewide mask mandate, relying on the rhetoric of personal responsibility and a slew of local governments and regional health district boards to make those decisions instead.

The results could have been worse. Even though a higher percentage of people had been infected in Idaho than most states, 38 other states have worse COVID death rates than Idaho. South Dakota had double the percentage of COVID deaths as Idaho.

But in Idaho, a very vocal group of protesters wanted Idaho to imitate South Dakota, where restrictions were even looser. Idaho protesters broke glass, burned masks and yelled outside the homes of public officials.

Last week, Idaho lawmakers were looking to pass a ban on local mask mandates days before a COVID outbreak among legislators shut down the Legislature for weeks.

"Here in Idaho, what's really been so disturbing is the individualism — I don't want people infringing on my rights — versus the collectivism of 'we have to all come together to help protect each other,'" says Dr. David Pate, a member of Little's coronavirus workgroup.

Washington state officials are a lot happier with their population's performance.

"I would say we owe the population in Washington state a lot of kudos for how they've handled it," says Scott Lindquist, a state epidemiologist. "I know that it has been very restrictive at times."

Those restrictions have had serious costs as well. Yes, Washington state also saw its tax revenues increase during the pandemic. But the Washington Hospitality Association describes the year as "a long slow march to economic slaughter," noting that, according to Yelp, Washington restaurants suffered the fifth-highest closure rate in the nation.

There's been an impact on our state's mental health as well: In an emergency proclamation ordering Washington state schools to reopen for in-person instruction this week, Inslee rattled off a mountain of statistics about the deteriorating mental health of children in the state, suffering from isolation and the lack of in-person instruction. At Sacred Heart Children's Hospital, for example, acute care admissions to the Inpatient Adolescent Psychiatric Unit increased 73 percent.

Pressed on whether, in retrospect, it was a mistake to shut down so much at the beginning — including outdoor activities like fishing — Lindquist refers to the scoreboard.

"Look at how we fared compared to almost every other state," Lindquist says.

So far, at least 1,931 COVID-positive Idahoans have died. If Idaho had managed to match Washington state's results, 716 of them could still be alive. ♦