Butch Otter doesn’t get it: The health care status quo is not working. 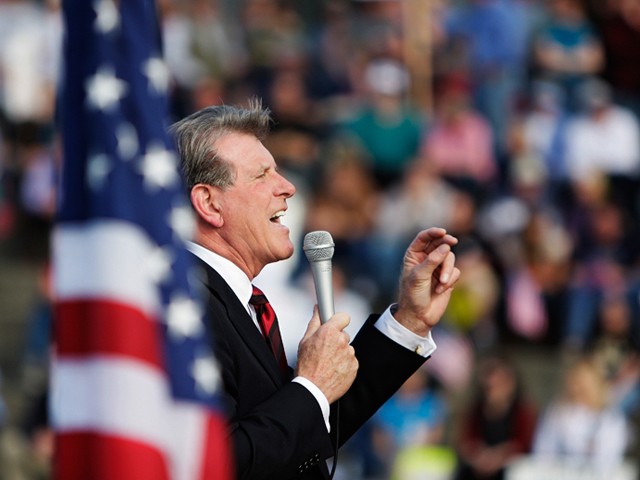 President Barack Obama may have won the national health care battle, but Idaho Gov. Butch Otter is still loaded for bear. He’s proud he was the first governor to sign into law a measure that requires the state attorney general to sue the federal government if it tries to make Idahoans buy health insurance. Idaho has now joined a dozen states in an expensive lawsuit against the U.S. government, but Otter is not even slightly bothered by the hundreds of thousands of dollars we are likely to spend in court.

Otter explains: “The states, with public and private input, are capable of making changes to foster a better and more affordable health care system. We no longer can afford to be complacent and wait for the federal government to make things worse and take decisions out of our hands.”

Well, maybe it depends on where you live. Massachusetts, for instance, took matters into its own hands and now boasts the lowest rate of uninsured in the country at less than 5 percent. In Idaho, however, somewhere between 17 and 19 percent of the population is uninsured, and that’s before we even consider the growing number of people moving to policies with extremely high deductibles.

In 2008, the Governor’s Select Committee on Health Care alerted Otter that by 2012, family insurance premiums will cost $21,000 and individual premiums will cost $7,600. That’s not encouraging news for those of us in rural places like Lemhi County, with a median household income of $36,423 (2008 figures from the U.S. Census Bureau). Although we severely trail the state’s median income of $47,561, our insurance premiums don’t have any trouble keeping up with the rest of the state.

The consequences are measurable. Idaho has a law that requires counties to pay the first $11,000 of a bill for those who are uninsured and don’t qualify for welfare programs like Medicaid. In fiscal year 2007, Idaho counties collectively paid about $18 million to help the poor pay their medical bills. Meanwhile, the state’s catastrophic health care fund, which supplements the county bills, is draining at a rapid rate.

So one might wonder why Otter is worried about the federal government making things worse than they are; the status quo is already pretty dire. Are we really doing such a good job of providing health care to our citizens that we can make statements such as this one, which Otter said with a straight face: “Now the federal government has seized on health-care reform as its mission in life, which means we should brace for still higher costs. Largely missing from this discussion is the real work that Idaho and many other states are doing on their own to address health care needs.”

Otter must be worried that the federal government will take away what has become many Idahoans’ version of emergency social networking. Call it the “spaghetti feed.” The spaghetti feed is the rural Westerner’s version of supplemental health-care insurance.

Here in Salmon, a scrappy town of 3,300, you can walk down Main Street and see any number of colorful posters advertising the latest charity benefit. We usually have several each week. The latest is for a young couple facing the bittersweet whammy of finding out that the young husband has a brain tumor and the young wife is expecting their first child. So community members will go to a spaghetti dinner and be as generous as they can. And they’ll buy raffle tickets to help another family who found out that their young son has diabetes.

When I first moved to Salmon almost 10 years ago, someone explained to me that raffle tickets were legal tender in the county, and now I understand why. This is how we try to make each other feel better about the fact that our neighbors — never mind ourselves — are only an accident or an illness away from bankruptcy. Never mind that these spaghetti feeds can’t raise enough to pay for an emergency room visit or a month’s worth of prescriptions. This, then, is our laboratory of the republic, and what Gov. Otter is cooking up in his laboratory is a recipe for disaster. Insurance that covers more than catastrophe is out of reach for a rapidly growing segment of Idahoans.

Where was this brave cowboy of a governor when the feds pushed Medicare and Social Security on us? Without that safety net, our senior population would be living out their last years without any semblance of dignity and security. But then, the spaghetti industry would be going like gangbusters.

Gina Knudson is a contributor to Writers on the Range, a service of High Country News (hcn.org), where this editorial first appeared. She writes in Salmon, Idaho.

Gina Knudson is a contributor to Writers on the Range, a service of High Country News, where this editorial first appeared. She writes in Salmon, Idaho.
More