Who is the fairest of them all? We pit the Gem State against the Evergreen State 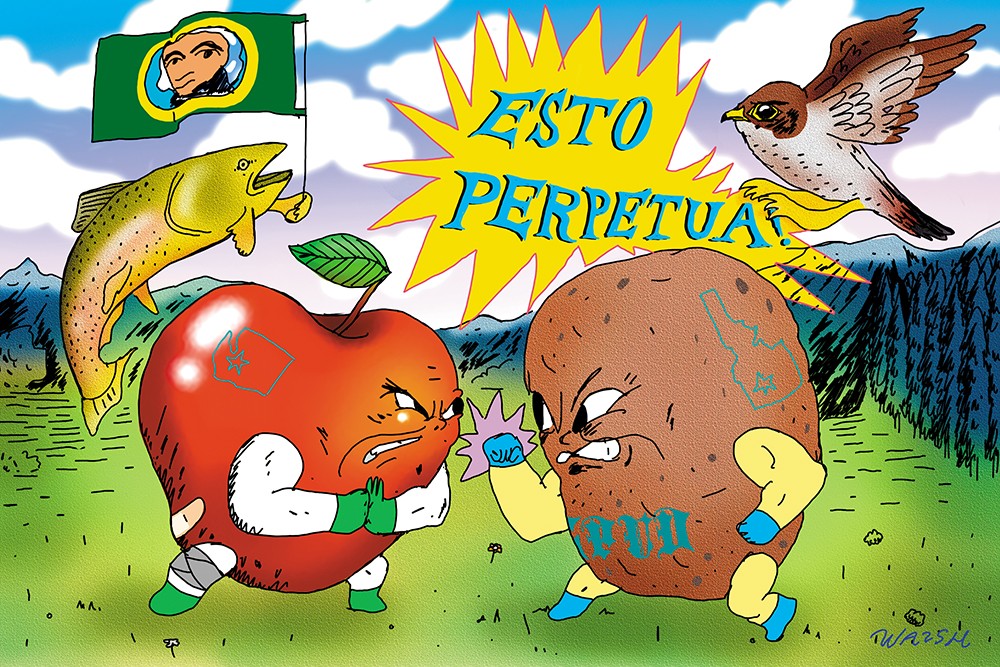 Washington is a whole lot richer than Idaho, thanks mostly to the booming Seattle metropolitan area. Idaho's low income, combined with its much smaller population, means that it's a lot harder to collect tax revenue for major projects there. However, during the recovery from the recession, Idaho has consistently maintained a lower unemployment rate than its neighbor to the west. Most recently, Idaho can thank the influx of retirees, drawn by the state's natural beauty and low property values, who have boosted the service economy.

TAX BURDEN ON THE POOREST 20 PERCENT

TAX BURDEN ON THE RICHEST ONE PERCENT

For a state that generally votes deep blue, Washington seems terrified of an income tax, preferring instead to heavily tax its poor, while its rich are barely even affected. While Washington's upcoming tax hikes might change the figures somewhat, don't expect the state to lose its reputation for having the nation's most poor-punishing tax system.

Neither Idaho nor Washington are particularly dangerous states. It's in the area of property crime where you see the major distinction: For several years in a row, Washington has had one of the worst property crime rates in the nation. One possible reason: Washington is the only state that doesn't give property-crime offenders probation or parole supervision after they are released from prison.

PERCENT OF STATE MADE UP OF FEDERAL LAND

Management of federal land continues to be a huge controversy within Idaho; understanding just how much of the state's land is controlled by the federal government shows one reason why.

The entire health care system is facing a massive shakeup if congressional Republicans pass a health care plan. For now, you can clearly see the consequence of Idaho's decision not to expand Medicaid. The decision left 78,000 Idahoans in a perverse hole, where they don't qualify for Medicaid but are too poor to qualify for tax credits. Attempts to address this problem in the Idaho state legislature have failed repeatedly.